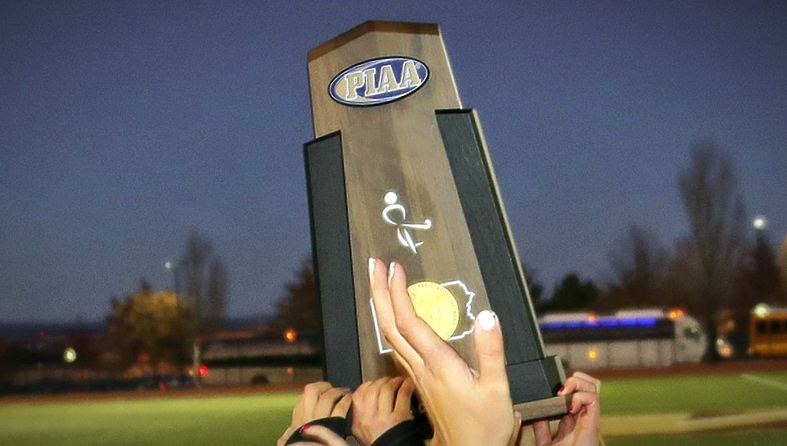 Simultaneously a moment and an eternity ago, I found myself repeating a line late in the summer when schools in the region were toiling with the decision to compete in fall sports.

“There isn’t a right answer or a wrong answer, there are just choices,” I would say when discussing the future of fall athletics and the unknown road ahead.

I’d never had to pay attention to school board meetings in my career. But 2020 and the Year of COVID-19 has placed us all in positions we never expected to be.

From July to September, I became a keen observer of local school board meetings and witnessed practically every individual truly trying to do their best and make the best decisions possible for their students and student-athletes. While these school board members received constant criticism from one side or the other — proponents of returning to sports and in-person instruction or the crowd who wanted to exercise greater caution amid the global pandemic — I was actually inspired by such a majority who were just trying to do their best while weighing health and safety risks with the benefits of school and sports.

In the Pioneer Athletic Conference, the roads taken were varied. Six schools were all-sport participants from the start of the PAC’s delayed start of preseason on Sept. 7. Norristown cancelled fall sports in late July. Pottstown did the same on Aug. 6. Pope John Paul II was a part of the Archdiocese of Philadelphia’s suspension decision on Aug. 24.

There were limited and partial participants: Phoenixville and Upper Merion chose to allow low-contact sports; Pottsgrove proceeded with all sports except football.

Elsewhere in District 1, leagues were more unified but had varying decisions: the Suburban One League had 21 of 23 schools proceed from the start while the Central League and Ches-Mont Leagues postponed indefinitely.

These were all difficult, pain-staking decisions for leadership and all took it seriously. Individuals may not have liked the outcome of their school, but any suggestion that administrators were trying to do a disservice to their student-athletes was misguided.

There were no right answers or wrong answers. There were only choices made negotiating circumstances like no one has before.

Just as the dust settled, a second wind swept through.

Murmurs of the Central and Ches-Mont Leagues returning came true starting Sept. 21. The Archdiocese of Philadelphia followed Sept. 25 and in the following weeks partial and non-participants of the PAC — Phoenixville, Pottsgrove, Pottstown and Upper Merion — opened the door to all sports.

Suddenly, District 1 had nearly all of its member schools competing this fall, something that felt like a longshot as recently as August.

Thankfully and impressively, it’s been a widely successful return to high school sports. Student-athletes are grateful to be with their friends and compete while experiencing limited COVID-19-related shutdowns thanks to diligence to healthy and safety protocols.

At least in this region, evidence has shown that sports participation has not led to mass coronavirus outbreaks as originally feared.

PAC schools had five shutdowns across all sports from July to present, significantly fewer than neighbors to the west where it’s been routine to have multiple football games cancelled every weekend.

I braced for a rockier five weeks than arrived. Now, the rocky part could be here.

Back in the summer, the proponents of a return to competition had one goal: Let us play.

That phrase became a rallying cry for sports advocates and fortunately for most, they got their wish.

But when I was in the habit of talking about no right or wrong answers, there was one wrong answer in my mind: holding PIAA tournaments.

The tug of war between Gov. Tom Wolf and the PIAA leadership was the theater of the summer. High school sports were rightfully far down the list of importance in the pandemic considerations Wolf faced, but the Governor was a bit flippant when unveiling the ‘recommendation’ of the administration and Departments of Health and Education to halt sports until Jan. 1, 2021 at the end of a Aug. 6 press conference.

The response of the PIAA, which is an independent organization not governed by the state, could be siphoned down to, “Umm, yeah, but we wanna play …”

So play they have, with the intent to hold abbreviated, champions-only PIAA tournaments starting Nov. 6 through Thanksgiving, an earlier final date than normal years.

The PIAA could have removed its state tournaments from the equation and opened the month of November for each district to conduct the best, most traditional postseason it could.

The tenuous dance of postseason play in a pandemic has already reared its head elsewhere in the state where the Harrisburg football team scrambled to find a fourth game, got one on last Monday’s deadline to qualify for the District 3 playoffs, but days later had a positive COVID test eliminate it from contention. Further, the fifth place team, Wilson, did not get to fill in the vacated playoff spot, allowing No. 4 William Penn a forfeit and bye.

In District 1, the Unionville football and girls soccer teams had their postseasons abruptly ended due to positive COVID cases on Saturday.

These stories will not be the only ‘Cancelled by COVID’ tales of the next four weeks, especially while cases rise around the state and country.

After the relative success of the last five weeks of play, state competition feels like pressing your luck.

The PIAA stepping aside showed itself to have been even more improbable after last week’s meeting where the organization revealed details of the financial difficulties it is facing after having the championships last winter and spring cut short or cancelled. The PIAA is self-funded by its member schools and by revenue it creates through its state tournaments. It does not receive state funds.

The battle between public health and economic factors exists at all levels.

Had the PIAA playoffs exited the equation, District 1 could have held a four-week, 16-team football bracket beginning Nov. 6, or traditional-sized soccer playoffs with an extra week of regular season to allow for additional games and late-returning teams to surpass the minimum contests.

Instead, the timeline was tightened and left District 1 leadership an impossible task of forming a postseason structure. District 1 finalized its playoff format on Oct. 14, little more than two weeks ago, at a time when the late-returning schools had not yet played a game.

District 1 faced as difficult of circumstances as any region in the state – it had more varied and later returns than any other – and could have opted out of PIAA play similar to District 11 not participating in states in football. But the desire to offer a chance from its schools to compete for state titles won out.

District 1 opted to follow its power rankings formula to determine playoff fields, optimistic that a greater sample size by season’s end would get it right despite fewer results and no inter-league games to balance the scales.

Berths could have been allocated to each league and division based on its size or leagues could have conducted their own playoffs to determine a district representative – like an NCAA regional – but the status quo remained.

In many ways, the power rankings worked.

In other ways they could not because somewhere in the last few weeks the goal posts started moving.

The goal of ‘let us play’ morphed into ‘let’s get into the postseason by any means necessary.’

In a race to meet the minimum games played for qualification – four games for football, six games for soccer, field hockey and volleyball – some late-returning schools played seven games in 10 days or played the same opponent three times. There was even a doubleheader.

There were also schools originally playing only in-league finding non-league games in an effort to boost their rankings in the final days.

Worse are the rumors of a late-arriving team playing its JVs to help a league partner’s effort to get into the playoffs in one of their three meetings, or schools not fulfilling their required 15-practice preseason to rush to competition in time to make districts.

Just like those school board members in the summer, you’ll hear coaches and administrators say they ‘always want what’s best for their kids.’ And rightfully so. But it should come with a caveat: what’s best for your kids shouldn’t mean what’s worse for another’s.

Gaming an imperfect system is definitely not in the spirit of the pandemic mantra ‘We’re in this together.’

The time for right and wrong answers is here. Unfortunately, some wrong ones arrived.