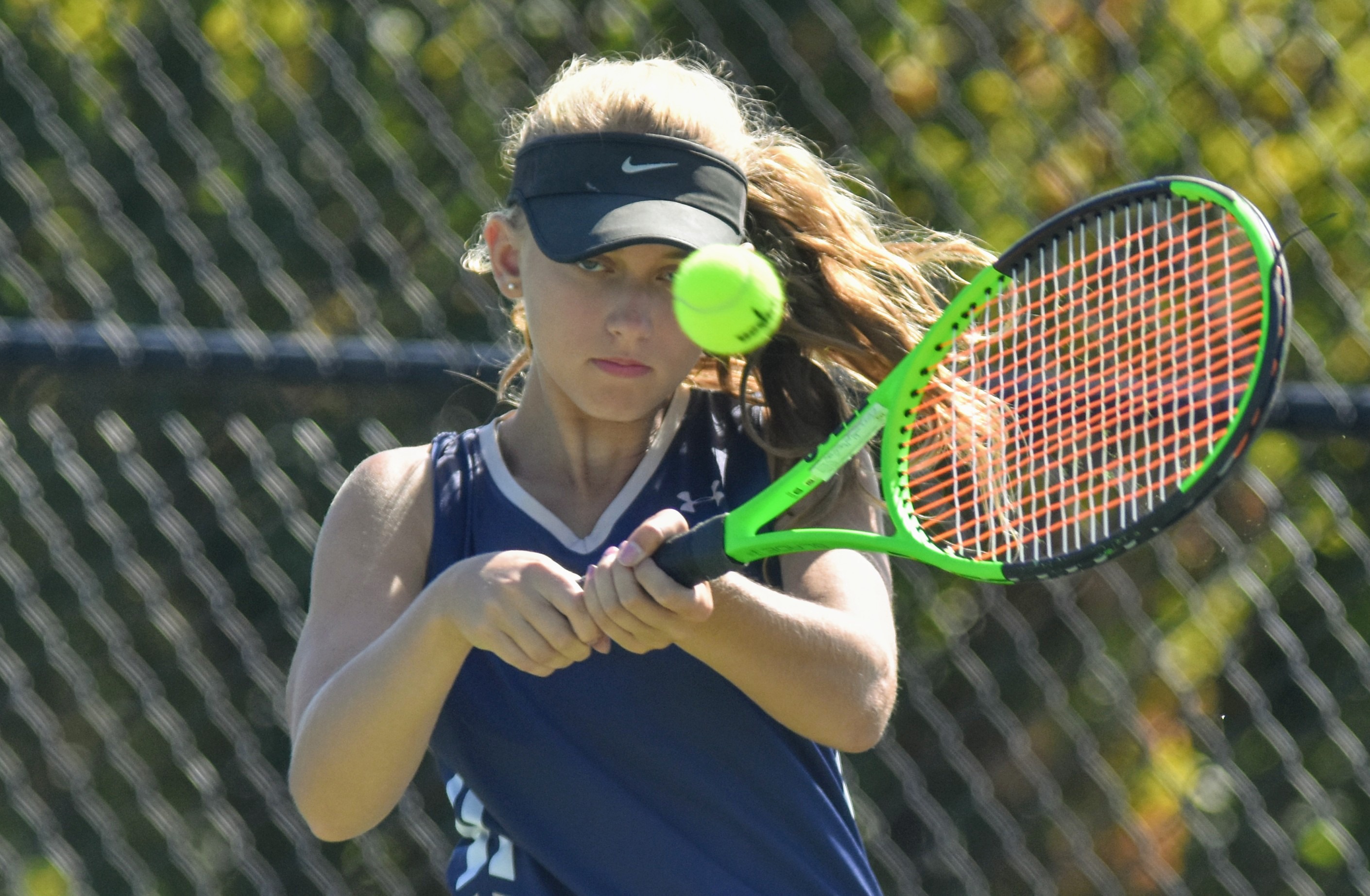 Outlook: Wood and Zaleski were a second-team doubles pick on the 2019 All-PAC team. They were also accorded Honorable Mention on the 2019 Mercury All-Area team. … “Our outlook for this season is to stay as positive as we can that we get to compete with other schools,” Laskosky said. “It feels like a day-to-day situation, but the goodness for my team is that we’ve only lost one senior. We have lost a few others due to personal reasons, but the heart of the team is still intact from last season. They’re a great group and ready to meet the next challenge.”

Outlook: “We have a competitive, experienced team looking to increase their win total from last year,” Burke said.

Outlook: Liang and Houaime will be filling the top two singles spots for the Warriors. … “We are pumped to be able to get a season in this year,” Walker said, “and feelwe should be pretty competitive this year getting a few more solid additions to our lineup that show a lot of promise.”

Outlook: The Wildcats’ 35-girl roster is bolstered by the presence of freshmen Allison Root and Alexis and Isabel Withers. … Root is slated to play first singles. “I first became aware of Allison four years ago,” Styer said, “and am looking forward to her high school career. A pleasant surprise has been twin sisters Alexis Withers and Isabel Withers. Both have been winning their challenge matches and will be playing upper middle varsity.” … Semach and Nguyen teamed up to finish sixth in the 2019 PAC Doubles Tournament. … ”We are looking to finish among the top three,” Styer said.

Outlook: Strohecker was accorded Honorable Mention on both the All-PAC and MERCURY All-Area teams. … “Though we are a younger varsity squad this year, after graduating eight seniors last year,” Dixon said, “we have a lot of depth and hungry players to defend our number-two PAC team status and fight for the title this season. Our girls have improved greatly over their off-season and we are excited to have them play their hearts out for our PV Vikings.”

Outlook: The Phantoms have chosen to play a singles-only season in response to the COVID-19 pandemic and the desire to effect social distancing.

Outlook: “In a period of time, where nothing can be taken for granted, Pottsgrove girls tennis is happy to be playing this fall,” Tellis said. “This year’s team is super excited to compete in league matches this fall. The girls’ attitude and eagerness to improve make for a successful fall campaign, no matter what our record ends up being.”

Outlook: Krause is coming off a stellar freshman season that saw her emerge as the PAC singles champion and The Mercury 2019 Player of the Year. She was also first-team singles on both the PAC and Mercury All-Area teams. … Mejia was the PAC’s singles runner-up along with a singles first-teamer PAC and All-Area. Additionally, she teamed up with Riley Burke to be the PAC’s doubles champions. … “The Rams return just five players from last year’s PAC championship and district qualifying team,” Reagan said. “Although they will need to replace a large group of graduates from last year’s squad, they have some determined members of last year’s JV team ready to step up to varsity, as well as some new, talented newcomers ready to accept the challenge. The girls are again determined to work hard and try to solidify themselves as a top team in the league and a potential district qualifier.”

Outlook: Vikings had 13 players from 2019 team graduate, nine of them were among the 11 on the varsity ladder. … Glauner is expected to play first singles and Razeen third singles. … The UM roster is bolstered by the presence of freshman Melanie Evitts, who figures to play second singles. … “The mere fact that we are playing at all is just a blessing all of its own,” Bowe said. “While we obviously want to compete, we have to rebuild the program with these young girls, and get them through the season safely. There are several players from last year’s team that have opted out due to COVID-19, but we have a large crop of new ninth and 10th graders that have come out. We are very excited to have new young talent entering the program. The main goal for our program is to get through this season safely, and to help build the new crop of girls for this season and for the future of our program.”

Outlook: “The team has a few veterans and a lot of younger players looking forward to playing some matches, gaining experience, and improving throughout the year,” Williamson said.