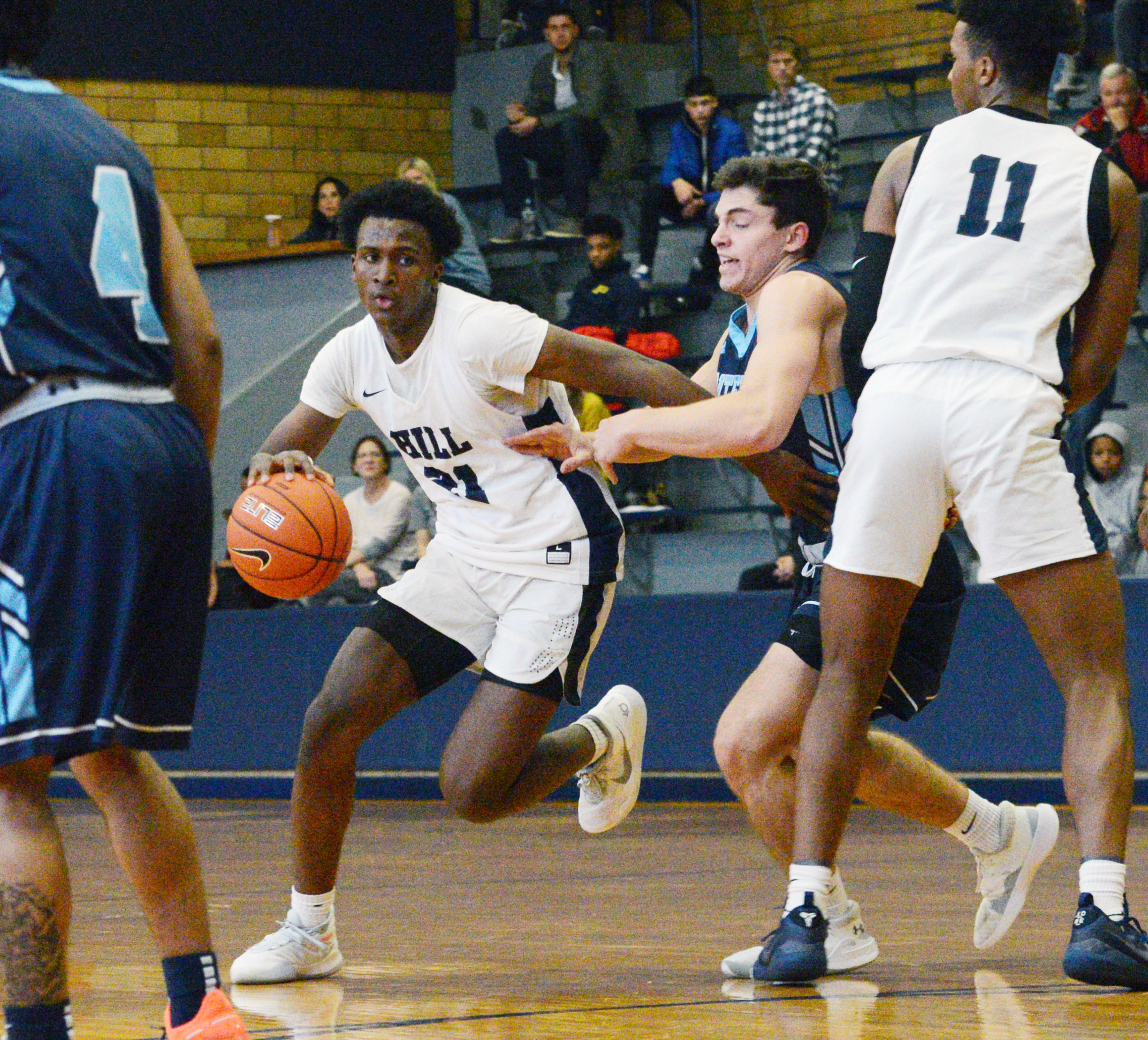 The quest for a championship is only part of the pursuit inside the NBA Bubble in Orlando, Fla.

Truly, it’s become a secondary goal compared to the players and coaches using their platform every day to speak out for racial justice and social equality. At a time of unrest in the United States, the NBA players are doing everything they can to make their voices heard. Now more than ever, some things are bigger than basketball.

For now, the Vanderbilt basketball commit’s platform is The Hill School, where he is entering his fourth and final year. And though his platform may not be nightly national TV, his message is equally worthy of attention.

His legacy at The Hill School may be built on the basketball court — the 6-foot-6 guard and Division I recruit was first team Mercury All-Area and second team All-State in Class 4A last winter — but his Chapel Talk on Sept. 4 must be added to that legacy.

Dorsey delivered a powerful and moving speech to the Hill community about life as a Black American, his own experience with racial profiling, the feelings of fear and judgement the Black community faces, debunking misconceptions around the Black Lives Matter’s call to action, and the importance of speaking out for racial equality.

In his 15-minute Chapel Talk — speeches by seniors or faculty during nondenominational chapel services that are a requirement of student life at Hill — Dorsey delivered an honest, illuminating view on being Black in America that should leave an imprint on all who heard it.

Dorsey didn’t always know the subject he would take on when he first applied to address the Hill community last spring, leading into his senior year, but felt a “responsibility” to share his truth.

“It definitely came a little after the George Floyd incident took place,” Dorsey said this week of his inspiration for his Chapel Talk, “and also thinking about not a whole lot of African Americans on this campus — it’s still growing, and that’s great — but obviously not everyone has been through the experiences I’ve been through, so I felt like it was important to share those and give people a walk in my shoes, how Black people are living in this country. At The Hill School, we’re kind of in a bubble, away from what’s really going on in the real world and I felt that was important, to speak to people in this community who might not hear of people experiencing things that people like us experience on a daily basis.”

In his speech, Dorsey shared in vivid detail his own history of a traffic stop as a 9-year-old on the way home from basketball practice to the Dorsey family’s home in Westminster, Md. His father Stephen was driving while Gabe and brother Caleb, now a freshman on the basketball team at Penn State, slept wearing hoodies on a cold November night.

“My dad began giving Caleb and me strict and urgent directions: ‘Sit up straight,’ he said. ‘Hands on your lap, palms up, look straight forward,’” Dorsey shared. “The last thing he told us continues to echo through my mind to this very day. ‘Do not move, no matter what.’

“The officer spoke to my father in a manner as if we did not belong in the town we live in, as if we were outsiders. The basis of the officer’s suspicions obviously had nothing to do with our actions. We were just Black people at night with our hoods on.”

It wasn’t the last time either.

“Since then, my father has been stopped eight times in our town, most of the time in our own neighborhood. However, he has strangely never received one ticket,” Dorsey said.

His words were never more powerful than when he asked us to look within, like when he spoke of being treated with prejudicial suspicion in public.

“Is my appearance threatening to you so much that you feel the dire need to clutch all of your belongings, spy on my every move and look down upon me as if I am some sort of violent creature incapable of rationality?”

He shared the pain of the racial turmoil occuring right now in the United States and the wrongful deaths of Black Americans in cases of police brutality, and the hurt over rationalizations made to justify those deaths.

He also made a point to speak to the misconception cast around sports’ recent intersection with social justice, when former 49ers quarterback Colin Kaepernick took a knee in peaceful protest against police brutality in 2016, a statement that has grown in frequency in the rise of the Black Lives Matter movement.

Taking a knee has been treated as a polarizing statement in a divided America, instead of what it truly is.

“Colin Kaepernick took a knee for me,” Dorsey said. “He did not do it out of disrespect or ungratefulness to those who fight for us every day. He took a knee for every one of my brothers and sisters who look like me who are discriminated against every single day on American soil.

“He took a knee so that maybe, just maybe, people of all races, ethnicities, backgrounds and religious affiliations can live free of systemic prejudices,” Dorsey said.

Because, as Dorsey so eloquently put, the iconic phrases of the Declaration of Independence and Pledge of Allegiance, are not yet true for all Americans.

“The great historic phrases ‘Liberty and justice for all’, ‘All men are created equal’ and even ‘All Lives Matter’ have not captured the true meaning of ‘all’ in any way,” Dorsey said.

After all, everyone wants to be – and should be – valued first for who they are.

“In a lot of cases, people love, appreciate and value everything about Black people except for their actual humanity,” said Dorsey, before delivering a strong closing statement.

“We simply wish to be treated as equals.”

Simply, that cannot be too much to ask.

Austin Hertzog is the Sports Editor of The Mercury. He can be contacted at ahertzog@pottsmerc.com and @AustinHertzog on Twitter