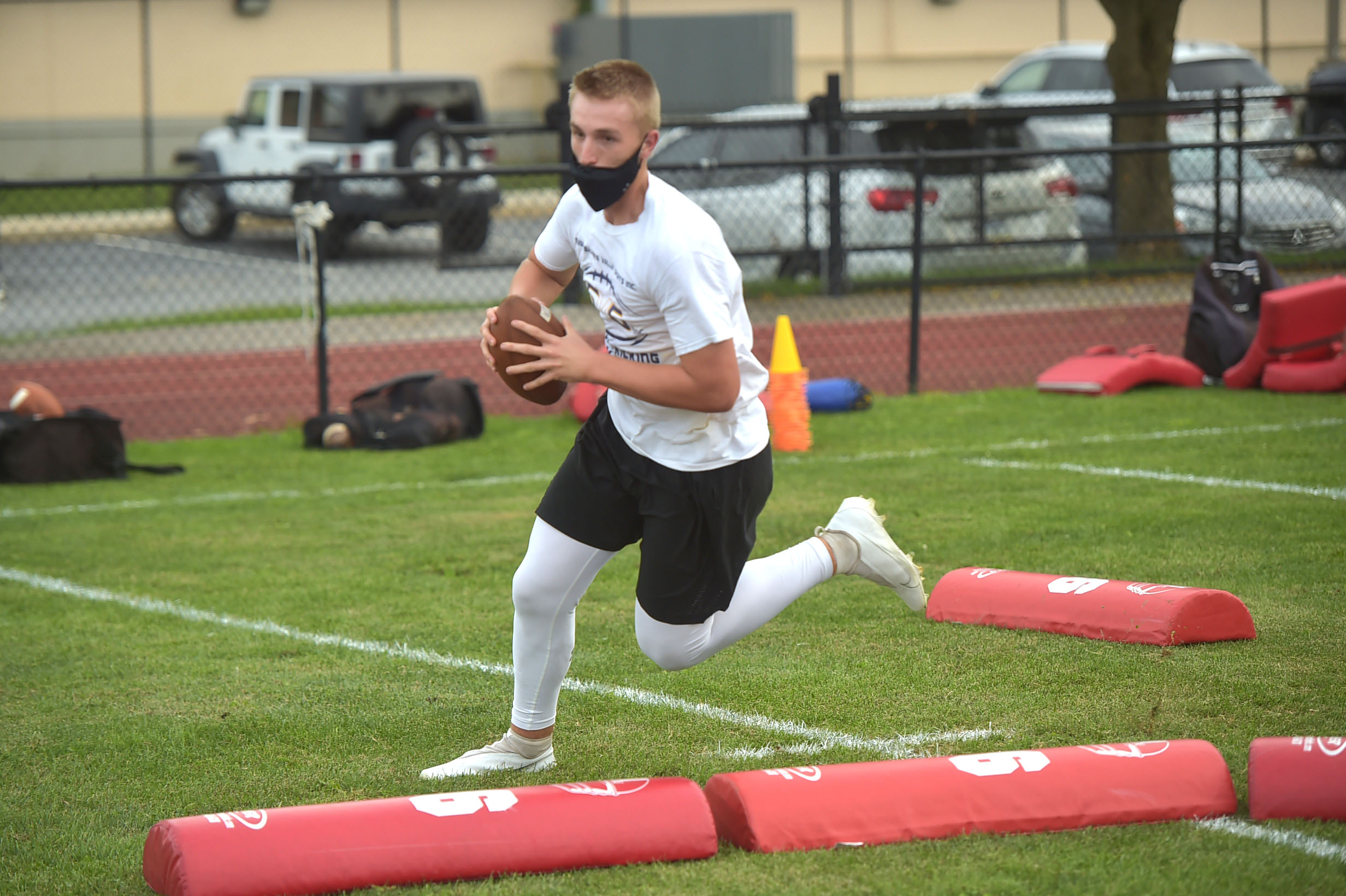 WEST GOSHEN >> The 2019 football season was a terrific one for the West Chester East Vikings.

East took home the Ches-Mont League American Division title and advanced to the second round of the District 1 Class 5A playoffs. It was the first league title for the Vikings since 2006. One of the key components of that championship team was junior quarterback Ryan Duell, who burst on the scene and showed a strong arm, good game management skills and was a first-year starter and captain of the successful squad.

As one of the returning senior quarterbacks in the Ches-Mont, the 2020 season was primed to be a breakout season for the 6-foot-3, 210-pound Duell. With the 2020 season on hold due to the COVID-19 pandemic, Duell said he and his teammates will be ready, if and when, they get the call.

“It was tough when we heard the Ches-Mont postponed the season,” Duell said. “But, we just decided to go to work and prepare the best way we could. We set our sights to have a possible spring football season but we may start sometime later in the fall. I just stayed positive and worked to get better when we get the call to start the season.

“And last year’s senior class, guys like Kyle Cichanowsky and Joe Carozza, showed the younger guys what it takes to win a league title,” Duell said. “They established a culture here and I, as a returning senior, have to be one of the elders of this team.”

West Chester East has a big, 24-member senior class, and many of those seniors saw important time last season. The others watched and waited for their opportunity, an opportunity they hope comes at some point this fall, or maybe even in the spring.

“Ryan is just an awesome kid,” Stephen said. “He has only played the quarterback position since the ninth grade and he has really come on. When he came into this summer after the break, he told our staff that he broke down all his throws from the first four games last season. He has that kind of work ethic and he did not waste a minute of the offseason. His throws are sharper and he allowed us as a staff to move forward with things because of his preparation.”

As of now, the Vikings’ signal-caller has two college offers: One from Long Island University of the Football Championship Subdivision (Division I), and another from Division III Bates College in Maine.

Last year, with Cichanowsky carrying the load, the Vikings were a run-first team, and Duell knows he must show colleges some more of himself on film this season.

“I have heard from a lot of Division 1 schools and they are anxious to see me throw the ball this year on film,” Duell said. “We were a run-heavy team last year and I can’t wait for the season to begin to show I can make the throws and get myself out there to schools.”

“We really felt we could go farther last year before we lost to Rustin,” Duell said. ”This year we feel we can go farther than last year. We have a lot of young talent that may surprise some teams, and we are just going to be working hard to be ready and wait to get the call to start the season.”

When that call might come is anybody’s guess at this point, but one thing is clear in the Ches-Mont American: West Chester East, behind the talented Duell, is ready, willing and able to defend its title and be a major player on the District 1 scene.

If and when the 2020 season begins, Ryan Duell will be front and center.