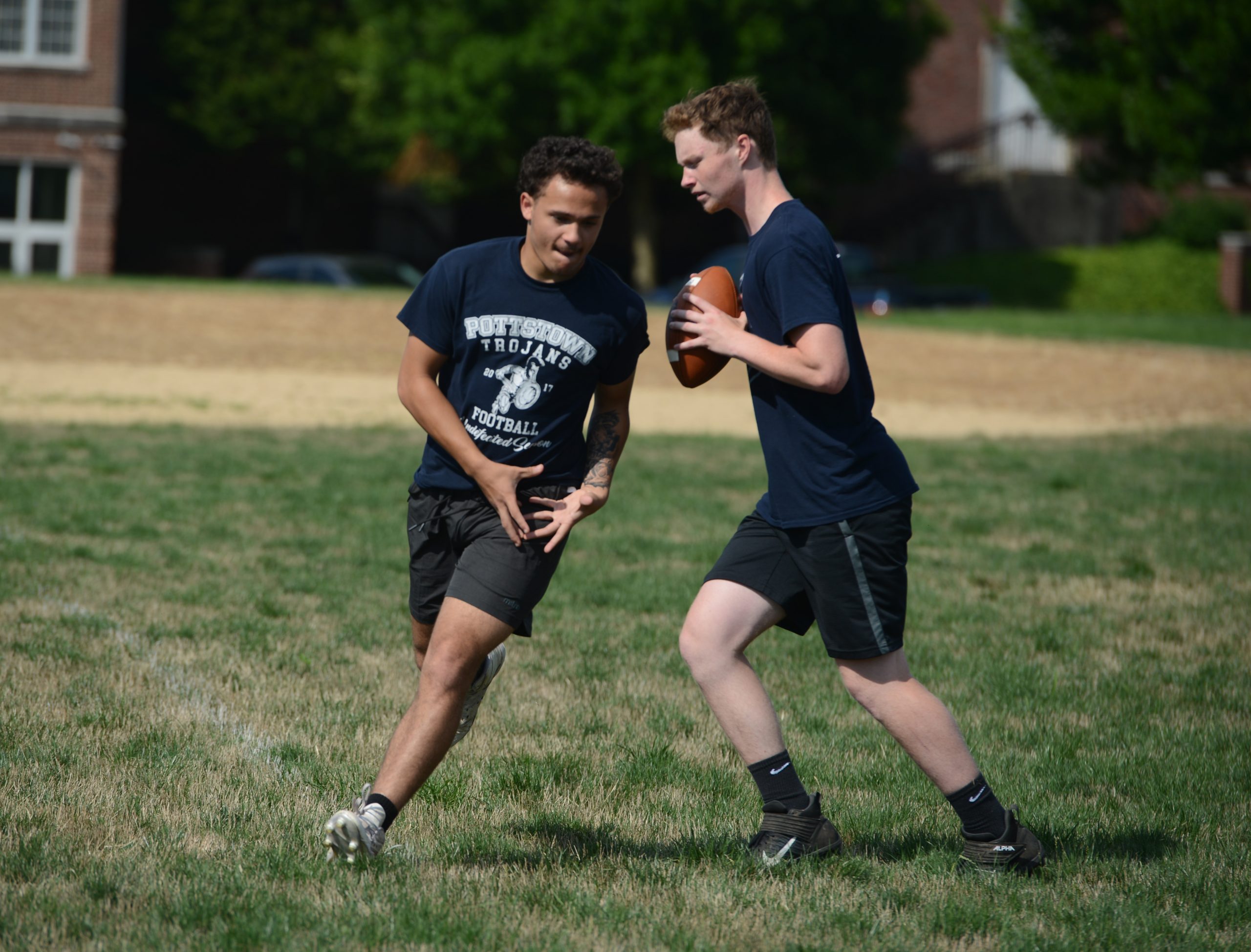 They were riding a balloon of excitement and anticipation.

The players and coaches on Pottstown High’s football team were looking forward to both the 2020 season, and a return to activity and personal interaction put on hold by the COVID-19 pandemic in the spring. They had been participating in conditioning workouts since the first full week of July, in advance of the opening of practices for fall sports Monday, Aug. 10 and their first game of the season Friday, Aug. 28, at home against Kensington.

But the balloon, for football and other fall sports, got deflated over the past week. The Pottstown School Board, in a Zoom meeting Thursday evening, voted 8-0 to cancel all athletic activities this fall and through Jan. 1, 2021 amid coronavirus caution with the school reopening with an all-virtual model.

“The coaches were under the idea we were good to go,” football head coach Jeff Delaney said, referencing the Pa. Interscholastic Athletic Association (PIAA) posting regulations for the startup of the season a week prior. “There was supposed to be a planning meeting for the start of practices as the next step.”

The board last week indicated its intent to discontinue sports. It had, however, sought a delay for the administration to put together an alternate activities plan for students.

Pottstown joined fellow Pioneer Athletic Conference member Norristown among schools opting out of fall sports. Phoenixville also decided Thursday to not participate in a majority of its fall sports, two of them (girls tennis, golf) allowed to go on.

The decision by the school board came after the Pioneer Athletic Conference announced a postponement of the fall season Thursday. The letter, addressed to all PAC principals and signed by PAC President Dr. Bill Ziegler, changed the dates for the start of fall practices to Sept. 7 and the first day of athletic events for Sept. 25.

In conjunction with it pursuing an all-virtual return to school for the first semester, the Pottstown school board members were in agreement over the possible mixed messages over allowing sports with no in-person schooling.

“The school board decision guides the district for the next couple months, and sets parameters for the future,” board member John Armato, Pottstown’s Director of Community Relations, former athletic director and longtime wrestling assistant, said. “It gives some degree of structure.”

Pottstown had already discontinued voluntary workouts at the start of week in anticipation of the official vote Thursday.

For Brandy Scherer, the cancellation of fall sports was a second blow to her coaching career this calendar year.

Scherer lost out on working with the Pottstown girls’ lacrosse team in the spring when the pandemic resulted in the close of school in mid-March. And now she won’t be able to coach field hockey as a result of the school board decision.

“As both a spring (lacrosse) and fall coach, it has been an extremely challenging few months for our student-athletes,” Scherer said. “The spring sport season was obviously more unique since we were not prepared, didn’t really know what was happening, COVID was new, while this is all still new.

“The health and safety of our students-athletes is our highest priority, and I truly understand it is hard to defend having school 100-percent virtual and still having sports.”

Like Delaney, Scherer decried a situation described as coaches not being fully aware of actions being taken to address the issue.

“I can probably speak on behalf of many coaches when I say the lack of communication has been frustrating,” she said. “Not knowing what the plan is, hearing ‘the plan’ for the first time in a board meeting, trying to filter through what the PIAA, PAC, Governor is releasing and not knowing if that changes things for us. We can’t communicate with our athletes because we don’t know any more than they do.”

In response, Armato described the circumstances as being subject to revision along the way.

“Across the board, it’s a very fluid situation,” he said. “Decisions and actions taken one day can change the next day. As information has become available, we get it out.”

The district’s new Co-Curricular Director, Me’Lisa Morgan, is working to set up a program of virtual workout challenges. Armato noted “nothing is hard and fast” on the program, one in which the sports teams’ coaches would be able to apply for positions as “workout coaches.”

“We’re figuring it all out,” he said. “It’s not totally defined in a lot of ways.”

“I can tell you that all coaches have been trying to keep something going for our athletes,” Scherer said. “We all know the value and support sports bring to our kids. There isn’t a coach that isn’t willing to do whatever it takes for our kids, and I hope the community knows that.”

Pottstown’s alternative activities plan outlined coaches holding in-person interactions that must be outside, adhere to six-feet social distancing requirements, be 10 or fewer people and approved by administration.