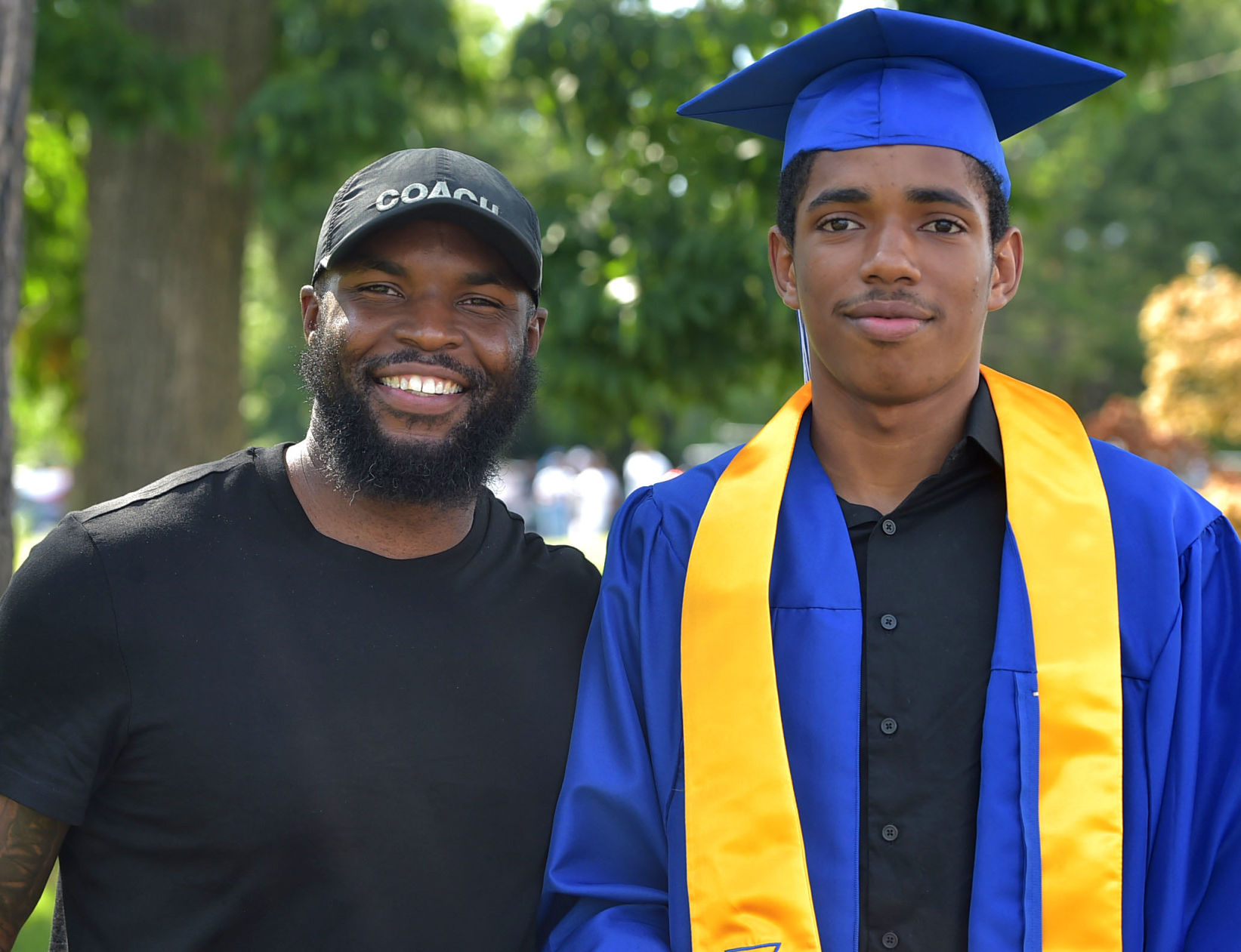 Before the age of computerization, applying to college was a laborious process, especially for students interested in multiple schools like Academy Park’s Ian Francis. Each application had to be filled out and mailed separately, transcripts and test scores attached.

Today, there’s an app for everything.

Francis did not have to go through such a tedious procedure when he began his college application process. He simply logged on to commonapp.org, where he could explore the nearly 900 colleges and universities worldwide that use the service and pick out the schools that fit his specific needs. And when it came time to plotting his future, Francis had a lot of ideas about what he might be interested in and where he would want to go.

“It was really easy,” said Francis, who graduated last Friday. “It helps you apply to a number of schools at one time. It breaks down the schools that have the program you’re interested in. A lot of schools are using it.”

Using the app, Francis applied to 20 schools. He was admitted to 19, including Penn State, where he will study biomedical engineering and hopes to continue his track career as a walk-on. His reason for picking Penn State over the likes of Virginia Tech, Kentucky, Ohio State, Rutgers, Temple and Purdue, just to name a few, was simple.

“I always liked the school,” Francis said. “It’s close to home and it had the exact major that I’m interested in and they have a good track and field program, and I got that partial academic scholarship. That made the decision a lot easier. It took a lot of pressure off me.”

“Science comes easy to me, naturally,” Francis said. “And I find it interesting.”

The Collingdale resident has other interests, too. He’s member of the Spanish Club at Academy Park and the Rising Scholars program, which is designed to help students learn the motivation and skills necessary to successfully complete a program of post-secondary study. And he played soccer for two seasons.

“He’s one of the best kids I’ve come in contact with,” Academy Park track coach Ronald Hunter said. “He’s very mature for his age. He’s one of those kids who knows how to manage his time. When he says that he has to study for a test, he studies for the test. When it’s time to be at practice, he’s at practice. His priorities have always been in order.”

Those time-management skills will help him in college.

“Taking a lot of advanced placement courses you have to balance your outside life with your school life,” Francis said. “It’s not easy to do. It took a lot of hard work to get here, but I did it and I think that’s what helped me get where I am today.”

Francis applied that same dedication to his athletic career. A native a Kingston, Jamaica, you might think that Francis took to track right away, given that country’s deep history and culture in the sport. Not so. He didn’t begin running for the Knights until his sophomore season, several years after his family moved to the United States in 2014.

“Coming from Jamaica, a lot of my friends were doing track so when I came here I decided why not?” he said.

That’s also when Hunter became the coach at Academy Park.

“He really helped me out on and off the track,” Francis said. “That’s when we started developing a bond and everything just went from there. My dedication improved. I wasn’t as focused on track as I am now. He helped me realize that track might be one of my callings.”

Francis grew to love the sport so much that he gave up soccer as a senior to concentrate on track, where his improvement has been steady. All of his indoor bests, from the 60-meter dash through the 400, came this past winter season.

All of his outdoor bests (11.31 in the 100, 22.65 in the 200 and 55.08 in the 400) were recorded last season as a junior, when Francis earned honorable mention All-Delco honors. He was hoping to improve on all those times and have a breakout senior season until the coronavirus pandemic put a halt to those plans.

“It’s a shame because he’s come such a long way,” Hunter said. “When he first started running, he was running 26s in the 200 and dropped all the way down to close to 21. I was expecting him to have a very good year.”