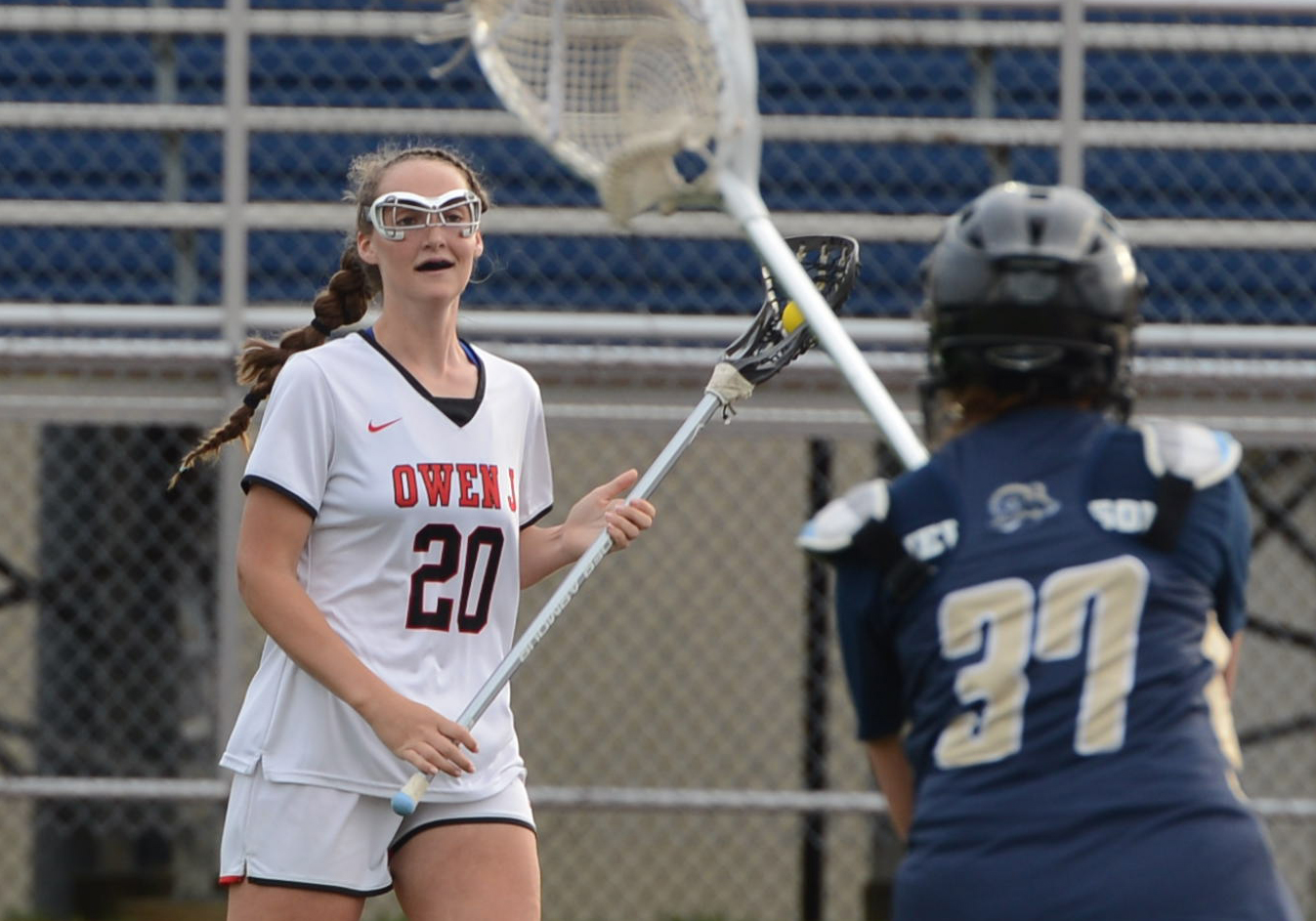 From the moment she arrived at Owen J. Roberts High School, Maddi Koury made an impact at the varsity level.

Koury has stuck with all three through her high school career, earning all-league and/or all-area honors in all three sports. In four years at OJR, Koury has 11 varsity letters. She’s unsure if she will get a 12th as the coronavirus pandemic forced the cancellation of her senior girls lacrosse season.

The Wildcats senior will continue her lacrosse career at Division I Mercer University next year and leaves big shoes to fill for those who follow her in all three sports.

“Honestly there were times when I doubted whether or not I wanted to (play three sports),” Koury said. “But when it comes down to it, I don’t think I could ever pull myself to leave it when I don’t have to. Obviously now that I’m graduating I’m going to have to stop playing basketball and field hockey for my school team.

“But every time I stepped out on the court or the field, even if it wasn’t the sport I specialized in, I had so much fun, with not only the people but what I was doing out there and my contribution and just playing the sports because I love them.”

Through field hockey, basketball and lacrosse, Koury has been a part of three district semifinalists (including the district championship field hockey team) and seven state playoff trips, most recently helping the girls basketball team there for the first time in school history this winter.

“Field hockey was good. We had a lot of wins, some PAC titles, which were really fun,” Koury said. “We even made it pretty far for basketball this year, which was a cool experience because while I’d been there with the other sports I didn’t get to do it with basketball so that was new. Lacrosse, obviously we’ve had a fair amount of success. I was just obviously looking forward to this year too.”

Koury earned Mercury All-Area second team and all-state honorable mentions honors with the OJR field hockey team this fall before receiving earning an all-area honorable mention with the Wildcats’ basketball team in the winter. Her greatest strengths, however, have always shone on the lacrosse field.

She ends her OJR lacrosse career with 215 points in three seasons, including a school record 133 assists, which she broke in last year’s PAC championship victory. The senior ends her career with 82 goals, 38 of which came last season when she also tallied 83 assists.

Koury was both a Mercury All-Area and All-PAC Liberty second team selection in each of the past two seasons. Possibly more impressive, she has been a captain for the Wildcats for the past three seasons.

“Maddi is just an incredible leader, is unselfish,” OJR coach David Schlesinger. “She’s a really amazing and underrated player that our whole offense really flows through. All of her statistics have really been earned. She’s also become a dominant goal scorer as well. She was on course to set assist records but also be one of the leading scorers in the league and the state.”

Even with 11 varsity seasons under her belt, Koury felt particularly excited for this spring. Koury was one of three seniors bound to play Division I lacrosse next year along with Hannah Delahaye (Towson) and Cayden Jarvis (Penn State).

The Wildcats returned nine starters from a team that won its sixth straight PAC title, advanced to the district quarterfinals and won a state playoff game and added a talented freshman class.

One of the heralded freshmen is Koury’s younger sister Gabi, one of the top 2023 players in the country. Though they were able to share a season together on the basketball team, both Koury’s thrive on the lacrosse field where they were excited to play one season at OJR together.

“Obviously it’s hard for both of us,” Koury said. “It’s my senior season, but it was the one that was overlapping. It’s not only her either. We had such a special group of girls coming back this season, and all her friends, that core group, they’re also my best friends. They’re in my life every day. It’s just hard coming to the realization that I’m never going to get a chance to be on the field with them.”

While Koury’s time at OJR came to an unfortunate, she is ready to look toward the future. That includes the future of an OJR girls lacrosse program that she is leaving in good hands after four years.

“It’s an opportunity that has been lost, but I’m excited to see what they can do in the future,” Koury said. “I’m going to keep watching.”