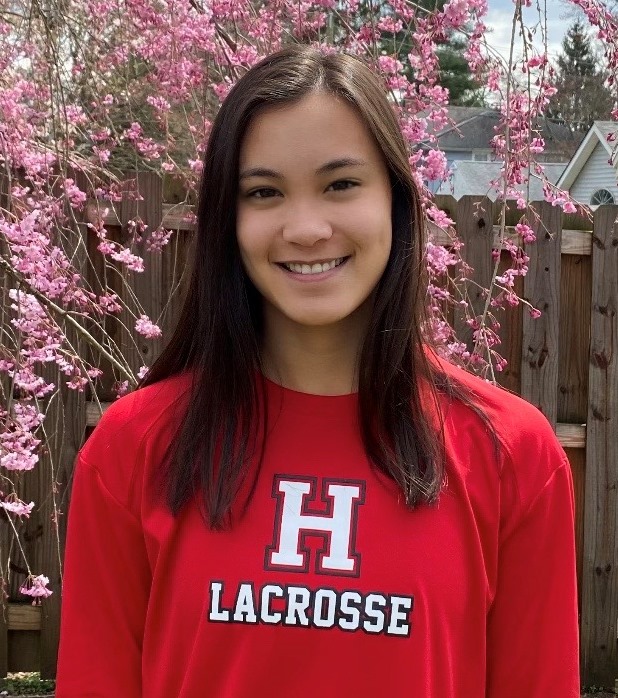 The senior lacrosse midfielder and co-captain came into this spring projected to score her 100th career goal. Last spring, Ciancio scored 55 goals, collected 62 ground balls, caused 31 turnovers and was a first team All-Central League and All-Main Line selection. She also was the Fords’ MVP and a US Lacrosse Academic All-American. She received the Fords’ Hustle Award as both a freshman and sophomore. An honor roll student every semester of her high school career, she will be playing lacrosse for Temple University.

Q: What were your goals for this spring season?

A: I always set individual and team goals for every season. I set my goals in early February this year, they were to reach 100 goals, to be an Academic All-American again, and to be an All American. My team goals were to make district playoffs because I’ve never seen a playoff game. Another goal that was at the top of my list was to be a good leader, to lead by example and bond as a team. Team chemistry is extremely important if we want to be successful. Closer to the season in March, I added a goal and that was to have a season in general and to actually play.

Q: What aspects of your game did you work on most during the off-season?

A: This year the other captains and I really wanted to be a physically fit and strong team. From November to February we were in the weight room twice a week to try to achieve that goal. Closer to the season we were on the turf a lot more and I decided to focus on my crease roll. Because I play midfield I’m usually at the top of the 8 meter but I wanted to work on skills I don’t normally get the chance to do.

Q: What are your thoughts about the delay of the spring sports season because of the coronavirus situation? How do you see your current role as team captain, given the uncertain status (as of April 6) of the spring season?

A: The season delay obviously isn’t what anyone planned for and definitely not how I wanted to spend my senior season, but things happen and it’s out of my control so I just have to adjust and move forward. The captains have been in touch with the whole team a lot. We post on the havlax Instagram, wall ball videos, workouts, runs, etc.  I actually put together a workout for the team and we are going to do it together on Zoom (Videochat) on Monday [April 6]. Just to keep spirits high and to keep in shape.

Q: What do you think were the keys to your scoring proficiency last spring?

A: I was way more aggressive towards goal than in previous years. I also gained more confidence in that I was finally an upperclassman and going into my junior season I was already committed to Temple.  I am a natural lefty but my “dominant” hand for lacrosse is my right. Having a significant amount of control in both hands makes me ambidextrous in lacrosse, allowing me to switch and have a hard accurate shot with both hands which is a huge advantage. All three things combined is why I went from 15 goals my sophomore year to 55 goals my junior year.

A: I started lacrosse in 4th grade, my mom played field hockey and lacrosse in high school so she just signed me up because she liked it. I was terrible and had no idea what I was doing. It was only a rec league but some of the girls had been playing for a year or two already. My dad had no idea how to play lacrosse, so when I got better and more serious about playing he did everything he could to learn about it and help me get better. He watched instructional videos, he learned the rules, we watched college highlights and he took me to a lot of college games. He would always push me to be better and learn something new.

Q: You are also co-captain of the field hockey team. Do you participate in any other extracurricular activities at Haverford High other than lacrosse and field hockey?

Q: What do you think you might want to major in at Temple? Is there a career field that particularly interests you at the present time?

A: I am planning on majoring in health professions at Temple, and possibly minoring in nutrition or public health. I know I want to do something in the medical field, and I eventually want to go to medical school.  I have an interest in dermatology, but I’m open to anything and my interests could change in years to come.

Favorite book: The Smartest Kids in the World and How They Got That Way by Amanda Ripley.

Favorite movie: 16 Candles (“my mom’s and my favorite”)

Favorite pre-game pump-up song: “Our team likes to play Body by Loud Luxury on the bus to games.”

Favorite pre-game meal: “The night before a game I like to eat pasta and chicken. It’s a carb load with some protein.”

Person I most admire, and why: “My parents because they are very hardworking and set a great example for me they support and encourage me in anything I do, they are truly the best parents.”