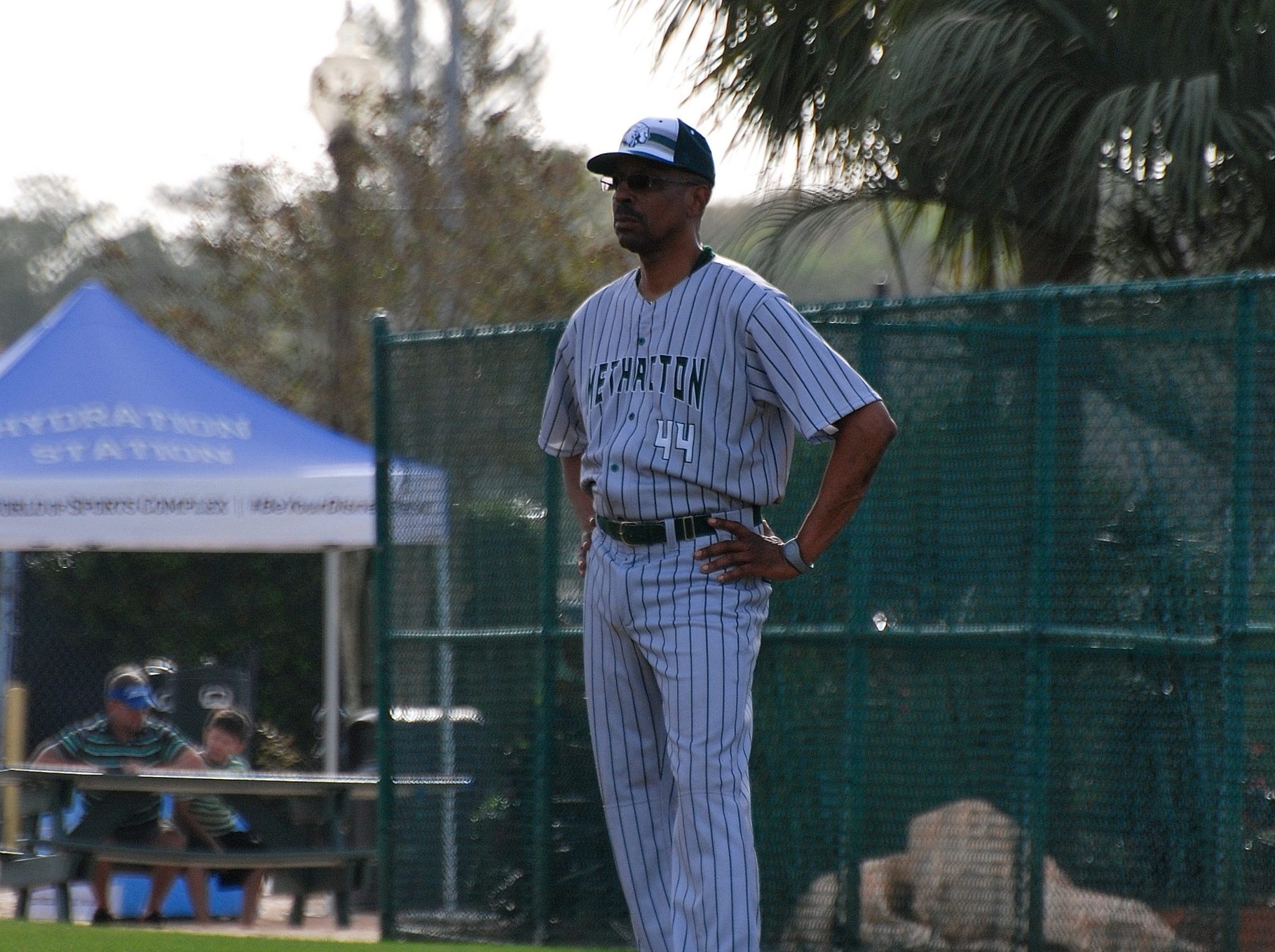 Williams, who spent more than two decades as a volunteer in the Cheltenham and Methacton baseball programs, recently began coaching at William Tennent this fall as he battled bone cancer.

“I’ve had the extreme privilege of having Kerry as a part of my life for the past 25 years,” said Methacton athletic director and baseball coach Paul Spiewak, who played for Williams at Cheltenham before coaching alongside him at Methacton. “While playing for and working alongside Kerry in the game of baseball has been incredible, his love and friendship off the field goes well beyond any of the highs and lows of any sports season.

“Whether it was at baseball camp, coaching at Methacton High School or Cheltenham High School, or even his short time at William Tennent this year, I watched a man effortlessly teach the game of baseball while forever positively impacting the lives of kids and adults along the way.”

Williams was an all-league shortstop at McClure High School in St. Louis before attending Arizona State University on a full baseball scholarship and graduating from the University of Arizona.

He became a volunteer baseball coach at Cheltenham in the mid 1990s, coaching Spiewak from 1995-1997. During this time he was also an instructor at the local Total Instructional Baseball Camp, where he taught area kids the sport in the summer.

Williams began coaching at Methacton’s Warrior Baseball Camp in 2002 and joined the program as a volunteer junior varsity assistant in 2008. He became a part of the Methacton varsity coaching staff in 2013 and coached alongside Spiewak for the last seven seasons, including the 2014 Pioneer Athletic Conference and District 1 championship team.

Throughout most of his coaching career, Williams was an unpaid volunteer, which is exactly how he wanted it.

“He always said it behind closed doors, I love these kids. It’s about the kids,” Spiewak said. “Most coaches, it’s not about the money, but it’s another thing when you legitimately aren’t getting paid and you’re taking time away from your family. It’s not just sometimes in our program, it’s a lot of time.”

Spiewak said Williams’ ability to coach hitting was a unique asset as he was able to tailor his physical and mental instruction to each individual player. He said many of the players who have come through the program and played at higher levels, including 2013 grad Tyler Kirkpatrick, who played at Marist, have mentioned how much Wiliams helped them throughout their careers.

“K-Dub was an incredible man, coach, mentor and above all, a great friend to myself and the rest of the guys who came through that Methacton baseball program,” said Trip Hagner, a 2013 Methacton grad.

“He taught us so many lessons as ball players, especially one, to always stay positive,” said Greg Pellicano, a 2014 Methacton grad. “I know for me, I struggled to start my senior year and Kerry always pushed me to be a better ball player and a better person.”

Along with his unorthodox drills like putting a brick in the front of the batter’s box to shorten a hitter’s stride or having his infielders field with their bare hands, Williams was known for his personality.

His one liners were common knowledge throughout the Methacton program for example saying, “It’s hard not to hit line drives when I’ve been hitting them my entire life,” as he fungoed grounders during fielding practice.

Spiewak said Williams’ motto of “Why not Us?” played a major role in the 2014 Methacton team’s midseason turnaround.

“(Williams) was a pleasure to coach against and always had a smile. His energy and passion will be missed,” the Perkiomen Valley Baseball Twitter account tweeted out.

An online service will be held for Williams on Sunday morning. For more information visit the Facebook page “K Dubs Toughest Moto.”