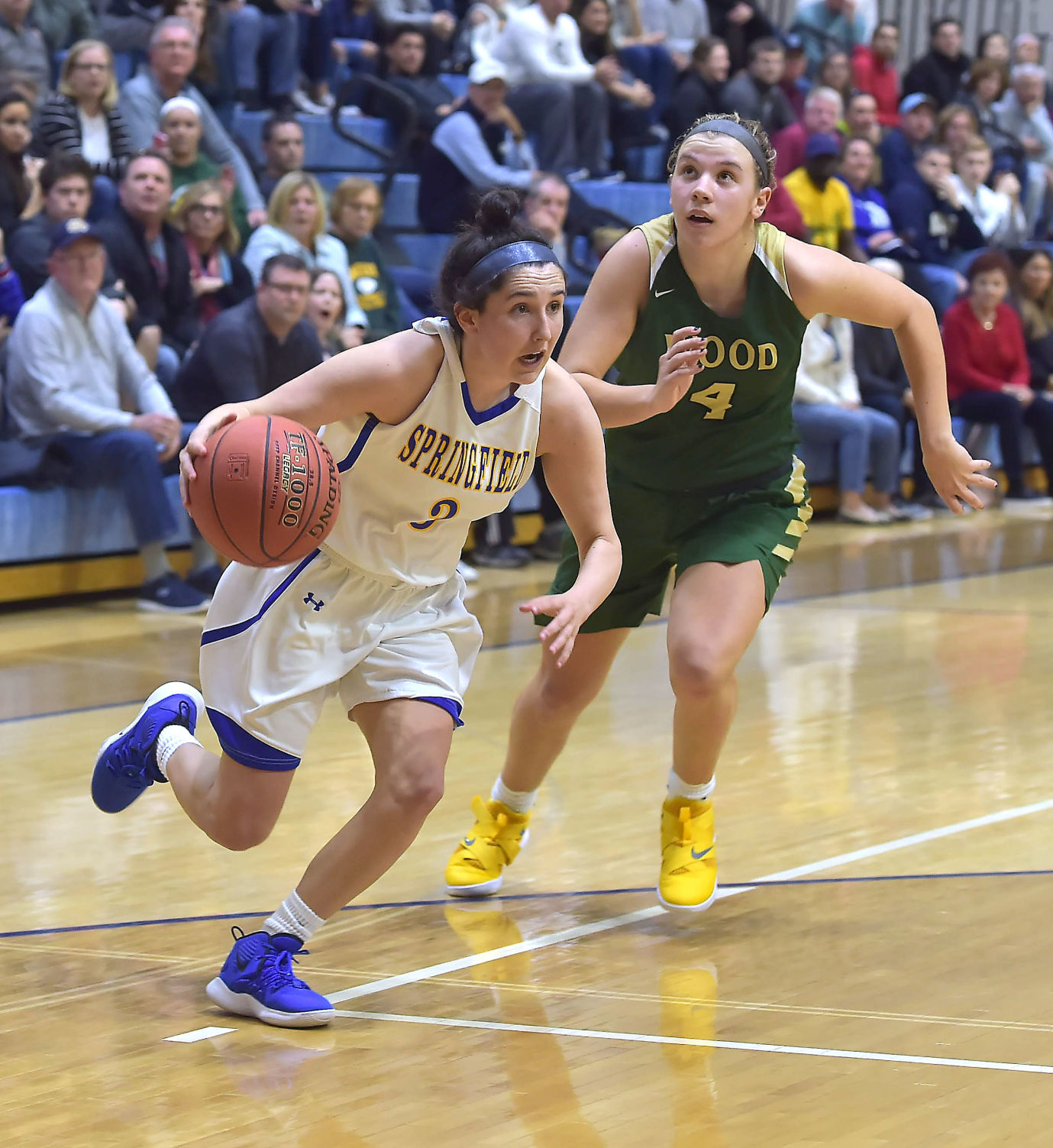 The Cougars attempted 11 shots and missed eight times. They also turned the ball over on five occasions. With all that was happening, they still managed to take the lead.

“It got a little chaotic out there,” senior guard Alyssa Long said. “And they were creating chaos.”

Long, a North Carolina lacrosse commit, may not be familiar with something Bob Dylan once wrote: “I accept chaos. I’m not sure whether it accepts me.”

In accepting the chaotic state in which they found themselves, the Springfield players and coaches pulled things together, held off Pottsgrove’s fourth-period charge, and emerged from all of that turmoil with a 36-31 victory.

Springfield and Mount St. Joseph will resume their postseason rivalry with a semifinal matchup Tuesday night at Harriton High School (7:30 p.m.). Both teams will be in the state tournament field when the run for Hershey begins in two weeks.

Eight-seeded Pottsgrove will have another challenge when it attempts to keep its season going with a playback round contest at fourth-seeded Villa Maria Tuesday.

“We seem to always have one bad quarter, and tonight it was the third,” Pottsgrove coach Mike Brendlinger said.

The Falcons were outscored, 11-4, and turned the ball over eight times in that fateful period as Springfield built a nine-point lead.

Springfield coach Ky McNichol credited her players with coming back from the halftime break intent on taking control of the game.

“Our defensive intensity made the difference in the third period,” she said. “We played more up-tempo and that helped lead to transition points. When Alyssa hit a layup and Rachel Conran followed with a (3-point basket), those were the big plays in the game.”

Alexa Abbonizio was Springfield’s leading scorer with 12 points despite shooting 3-for-17 from the floor and 1-for-9 behind the arc. Carli Johnston chipped in with seven points and eight rebounds and Long, who was scoreless in the opening half, had five points, a team high nine rebounds, five steals and three assists.

“When you’re not making shots, sometimes you rush or do things you’re not ready to do,” Abbonizio said. “It’s good to have a lead if you find yourself struggling.”

Johnson got the Cougars’ only basket of the fourth period. Abbonizio dropped in three free throws and freshman Lexi Aaron was 2-for-2 at the line.

“We knew we had to lock down on No. 10 (Rachel Ludwig),” Johnson said of the Pottsgrove guard who got her only field goal in the fourth period. “And we knew we had to rebound tonight.”

“We came back,” Brendlinger said of his team’s effort in the final eight minutes. “But when they made a couple shots and added to their lead, they could control the ball and we had to foul them and they hit their foul shots.

“We have a great group of kids, and their goal has been to make it to the state tournament. We have one senior starter, and the kids we brought off the bench tonight are underclassmen. We know it will be a challenge playing (Villa Maria). But this will be a great experience for our younger players, and they’ll be working hard to reach their goal.”

Long was a freshman when Springfield beat Mount St. Joseph for the district title. The Cougars’ last two playoff experiences have been marred by losses to The Mount.

“We have a chance to end that losing streak,” Long said. “Knowing that we will be in states is good. We sort of understand that we might not be getting to lacrosse until it’s time for the first scrimmage.

“We’ll be back in the gym practicing Sunday because we don’t have much time to get ready for our next basketball game. That’s what we’re thing about now.”