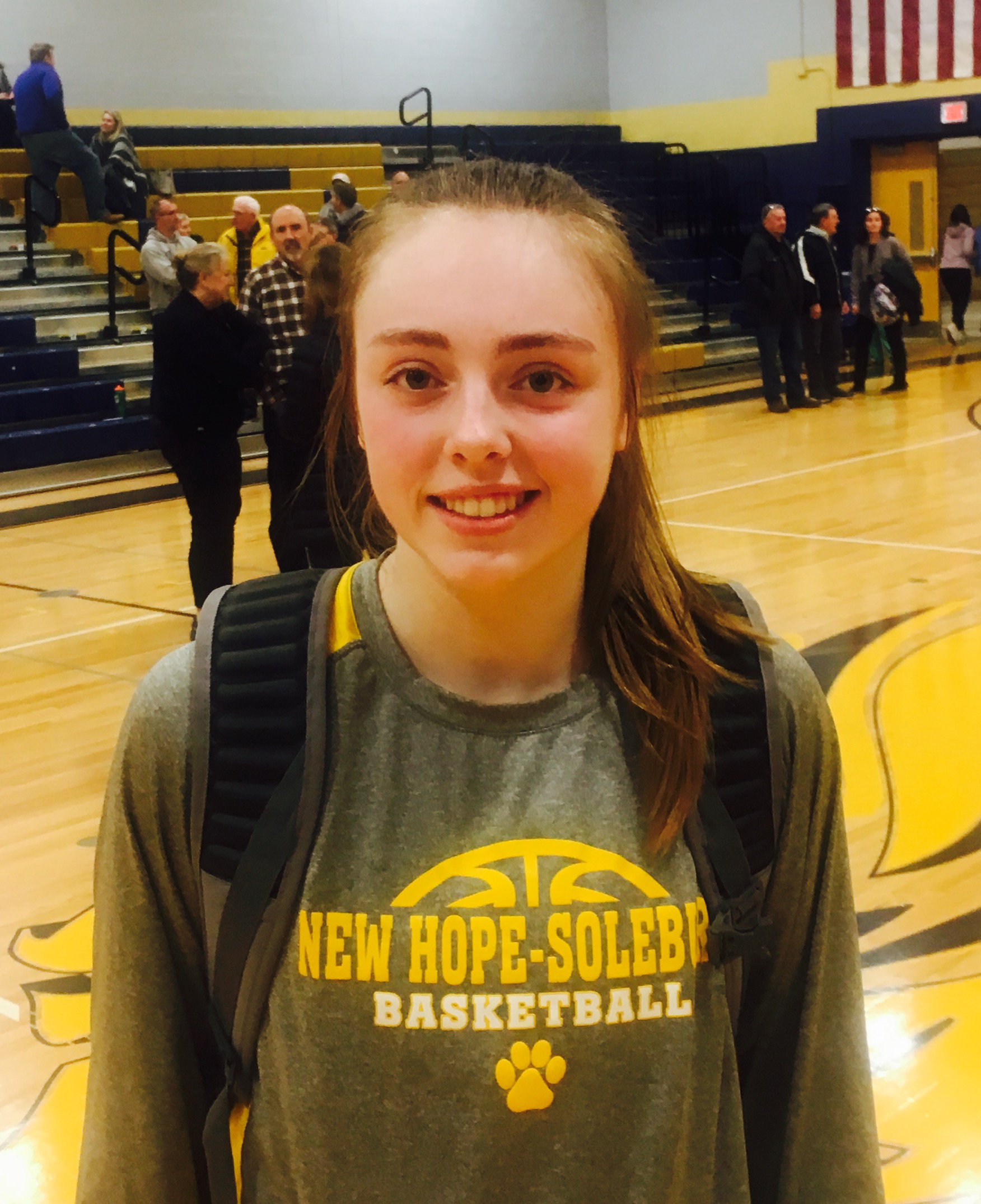 NEW HOPE >> New Hope-Solebury’s sense of urgency propelled them from the opening tip.

“We’ve been planning this,” said a determined Reagan Chrencik, who would score a game-high 14 points for New Hope. “We wanna win the BAL. So we’ve been working hard to get to this game.”

New Hope led from start to finish and went on to a commanding 45-26 victory over Faith Christian in a Bicentennial Athletic League Semifinal Thursday night.

“(The defense) was really strong,” Chrencik said. “We were trying to play tight on girls but also helping, so when they were getting by us a little bit down low, we knew we had to stay in and help.

“And, honestly, after we talked about that in the timeout that we had, it really picked up, and I think our defense was really strong tonight.”

The NH Lions worked their offense and were able to create open shots.

Meanwhile at the other end, the NH Lions were jumping into the passing lane and forcing Faith into turnovers.

The FC Lions found New Hope’s defense a difficult puzzle to solve, having to wait until 1 minute and 15 seconds remained in the first quarter for its first points of the night.

That came courtesy of a Sydney Heller three to cut the deficit to 11-3.

But a drive to the hoop by Rachel Saxton pushed the New Hope advantage to 13-3 at the end of the first.

Faith’s offense had more success in the second quarter.

The FC Lions seemed to settle down, at one point getting within eight points of New Hope on back-to-back drives to the hoop by Heller.

Karleigh Garber also scored on a runner down the lane as part of Faith’s offensive resurgence.

But New Hope didn’t waver, stretching the lead to 12 on a scoop shot by Chrencik.

Kate Dougherty scored in transition to boost the NH Lion lead to 23-13 at the break.

New Hope’s defense turned up the intensity in the third quarter.

Faith found open shots hard to come by and New Hope was able to break the game open.

Chrencik scored in transition with 5:20 left in the third for the first points of the quarter. Soon after, the NH Lions broke the press, with Chrencik finishing it off to widen the gap to 34-15 entering the fourth and final quarter.

When Chrencik hit another open jumper for New Hope in the opening stages of the fourth, the lead had ballooned to 20.

Faith would have savored a chance to move onto the BAL Final but will try to use the experience from Thursday night as it begins play in districts.

“We dug ourselves a hole,” FC Lions coach David Forker said. “New Hope played great but our transition defense and our rebounding were very poor. You wouldn’t know that we had those as two of our main focus areas but we did.

“So hopefully we can learn from this because if we don’t do those two things, we will struggle.”