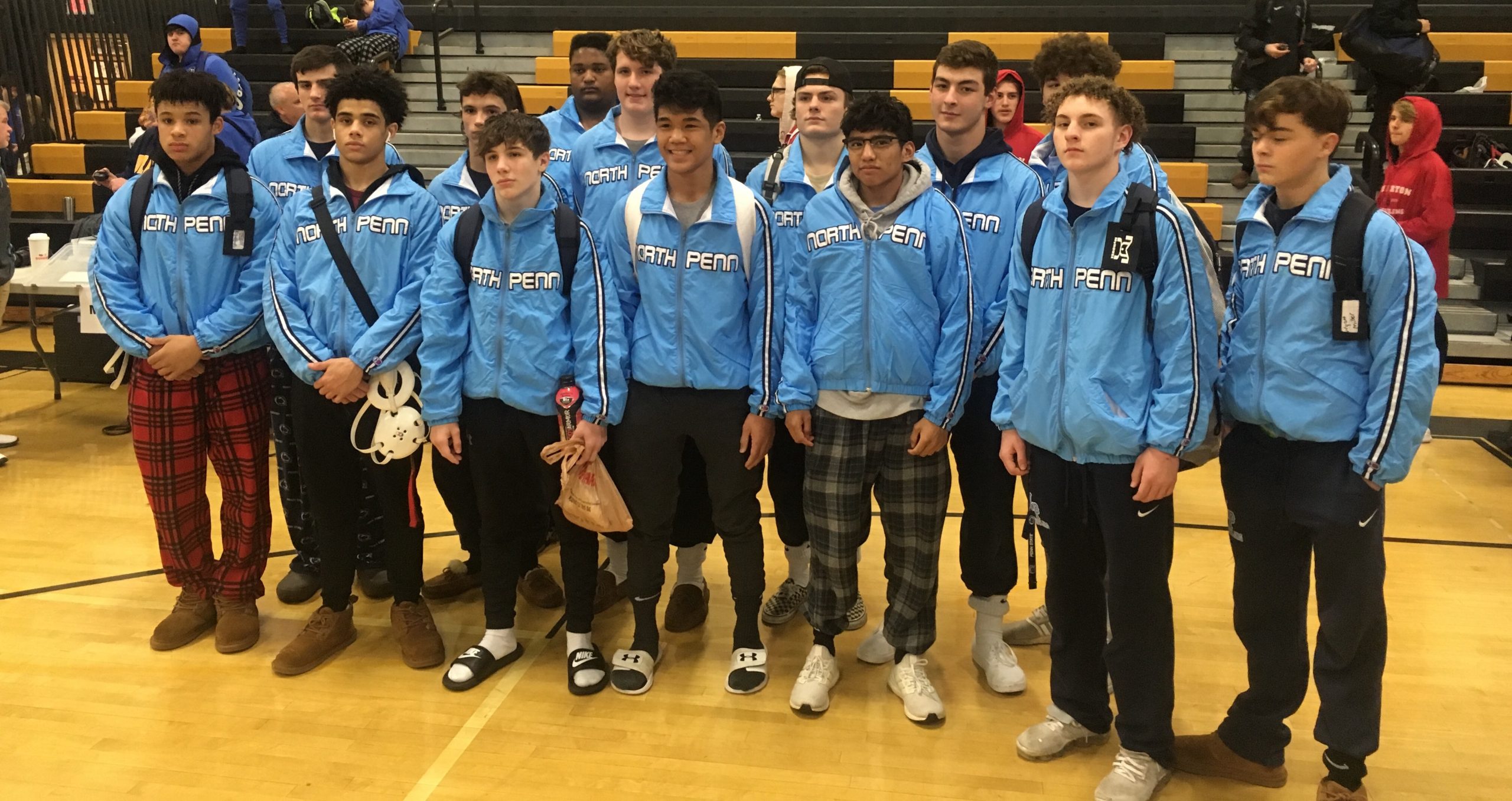 DOYLESTOWN >> There’s a lot of things to do at the Suburban One League Continental Conference Championships.

Winning the gold in your weight class is just one of them.

“I like this event a lot because it’s competitive and there’s a lot of good matchups I just to like watch in general,” said North Penn’s Jarret Niedosik. “And then for me, it’s a chance to work on my own moves and really just critique what I’m doing wrong.”

Niedosik did a lot right on Saturday, winning the title at 170 pounds to help lead the Knights. When all the scores were added up following a complete day of wrestling at Central Bucks West, Quakertown had finished on top, with Central Bucks East (second) and North Penn rounding out the top three.

“The kids wrestled tough,” North Penn coach Robert Shettsline said. “It was a good experience for them. There’s still things we can work on.”

North Penn won three golds in all, with Dylan Reinhard prevailing at 113 and Eddie Galang finishing first at 126.

The Knights liked what they saw in preparation for the stretch run.

Said Niedosik: “My focus was to perfect my craft as we come closer and closer to postseason.”

The North Penn senior was dominant at 170, winning by tech fall over Quinn Button of Central Bucks East, 15-0 in 2:27 in the semifinals, and then he won again by tech fall in the final, defeating Quakertown’s Dusten Pompei 19-2 in 3:17.

“I’ve been working on a new tilt and I’m really trying to perfect that,” Niedosik said. “So hitting that in all of my matches felt pretty good.

“I’m pretty happy where I’m at but there’s still room for improvement, as there always is. I’m just gonna keep working until the postseason comes and then just be ready.”

The Knights sent five wrestlers into the finals.

Host CB West had a gold medalist at 106, with Teague McCormack prevailing 12-5 over Quakertown’s Zachary Borzio.