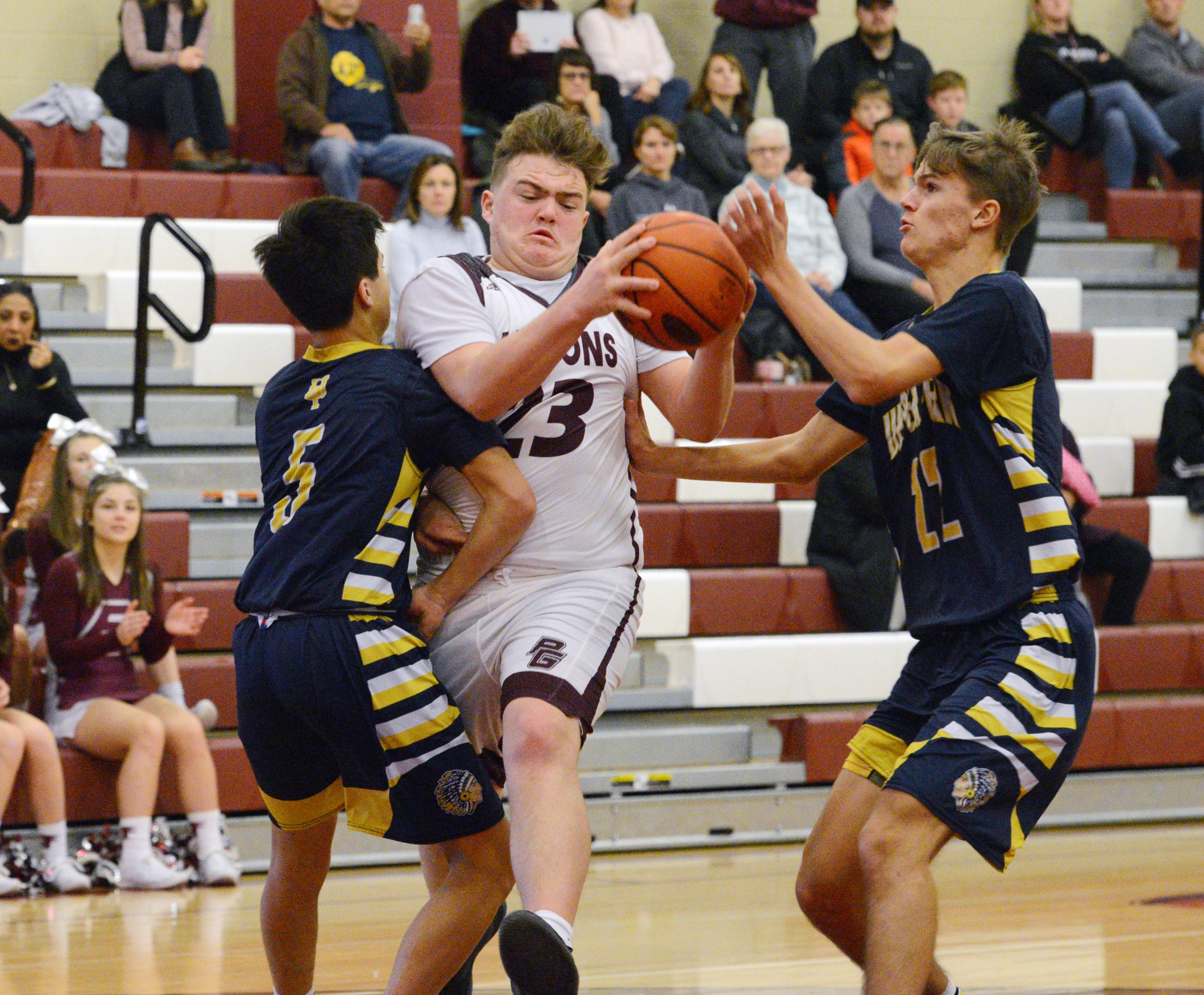 The Pottsgrove boys basketball team was still looking for its first Pioneer Athletic Conference win of the season when it trailed Upper Perkiomen by nine points entering the fourth quarter of Saturday’s Frontier Division game.

Eight minutes later the Falcons were walking away with a 48-41 victory after outscoring the Indians 22-6 in the fourth quarter.

The sharpshooting of sophomore John Ryan McMenamin, who poured in a career-high 21 points, paced Pottsgrove (2-15), which also got seven points and 11 rebounds from Luke Kaiser. Hunter Flack led Upper Perk (3-14) with 19.

McMenamin, who knocked down four threes in the game, scored all of his points in the final three quarters. He has just one other double-digit scoring outing in his varsity career — a 17-point performance against Upper Perk on Dec. 17.

“I really think it was about the team being able to find us,” McMenamin said of his big scoring day. “Putting the pieces together and being able to come and play well on the defensive end of the floor worked well into the offense. That worked for us.”

Hunter Flack with the drive. 6-4 Pottsgrove three minutes in. pic.twitter.com/8XgiypHw0C

Upper Perk led 11-9 after the first quarter and 19-18 at halftime. Flack scored 10 points in the third to give the Indians a 35-26 heading into the final eight minutes of play.

Manny Allen came off the bench to score all seven of his points in the fourth quarter as the Falcons made their comeback. Nick Aron added seven points, two assists and three rebounds for UP. The Falcons held Upper Perk’s Sean Boyle, who came into the game as the PAC’s fourth leading scorer at 14.6 ppg, to just six points as he dealt with foul trouble.

The victory was Pottsgrove’s first win since defeating High Point Baptist Academy, 69-52, on Dec. 27. McMenamin noted the Falcons’ underclassmen hope to get a few more for seniors like Evan White and Nick Stringer in their final five games.

“It felt really good, especially for the seniors, we’re really trying to make the most of their season,” McMenamin said. “It felt good. Everyone was really excited in the locker room after the game, and we were just happy we pulled that win out.”