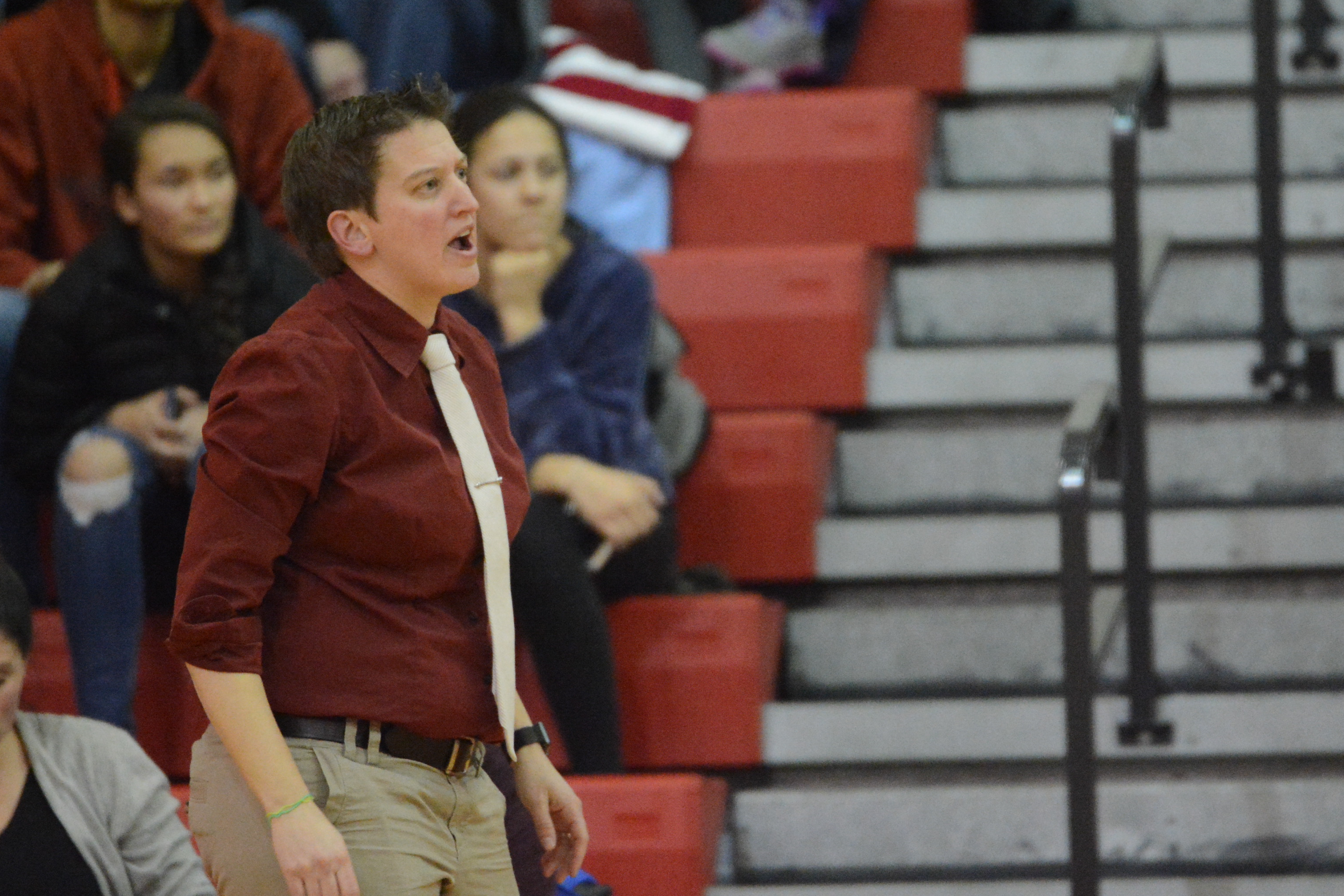 DOWNINGTOWN – Assuming that first-placed Downingtown East grabs a spot in the Ches-Mont Girls Basketball Tournament next month, it means that the rest of the National Division is going to have to fight it out for the only other berth.

On Tuesday, West Chester Henderson got a leg-up at the midway point of the regular season with a critical 38-33 triumph at Bishop Shanahan. The Warriors improve to 5-1 in the race (8-5 overall), and now have a pair of road wins over their top two playoff rivals: Shanahan and West Chester East.

“That was a big win for us. Absolutely,” said Henderson head coach Greta Neff, who notched her 100th career win in the process.

And it wasn’t just the win, but the way the Warriors won it: by overcoming a six-point deficit at the close of the third quarter. In all, Henderson scored 13 of the game’s final 15 points to hand the Eagles (3-3, 7-5) their third straight defeat.

“We are going to have to bounce back. We start with Coatesville on Thursday, go through everybody again and try to find a couple wins the second time around.”

With a starting lineup of one sophomore and four juniors, the Warriors exhibited the kind of poise down the stretch you would associate with a senior-laden squad. Junior Molly Manion started the final period by scoring eight points in a row, including a critical 3-pointer with 3:01 on the clock that gave Henderson the lead for good. She knocked down four from beyond the arc.

“We started to lock down on defense and that translated to the offensive end,” Manion said. “This was a good win.

“It was exciting. Shanahan is always good and we just wanted to come out with good energy. I thought everyone collectively played well together. It was a great team effort.”

The comeback actually started earlier, when sophomore guard Grace DePrisco drew a foul as time was expiring in the third period, and sank the ensuing three free throws. It cut a potential six-point deficit to three, 31-28, setting up the finish.

“Those were big by Grave. That’s a scary feeling when nobody else is on the court and everybody is staring at you,” Neff said.

“I have no idea what (the official) was looking at,” Powers lamented. “I don’t know what (our defender) did. She was just running down the court with (DePrisco). But it shouldn’t have mattered. We were still up three.”

Down the stretch, the Warriors made just two of six from the free throw line, but junior forward Emma Kleckner knocked down a pair with 35.9 seconds to go after grabbing a big offensive rebound on a missed free throw. It was Kleckner’s only points, but she did finish with six boards.

“Before the game, we said, ‘it takes five – go be a part of the five,’” Neff said. “And a lot of our girls took it to heart. When Emma made the two free throws off of the offensive board, it was big.

“Everybody who stepped on the court today had a hand in it.”

“The only kid that can stop (Manion) is herself,” Neff said. “She’s got a lot of ability to not only shot the ball well, but go to the basket. We are just trying to get her to learn how to be a leader, and to be composed a little better, and she is coming along really well.”

For Shanahan, the finish was eerily similar to last week’s loss at Downingtown East, where the Eagles surrendered the game’s final 13 points.

“It was another quarter where we scored two points,” Powers pointed out. “That seems to be a problem for us. If you are going to have those kinds of droughts, it’s going to be difficult.

“We were 5-for-21 from inside the lane tonight. To get 21 shots, we have to do a better job of putting the ball in the basket with those opportunities.”

Shanahan reeled off the last eight points of the first quarter to open a 13-4 lead, but Henderson proceeded to go on a 19-7 run to inch in front early in the third. That’s when the Eagles made a final 11-2 push to make it 31-25.

“More so than anything, this gives our kids some confidence,” Neff said. “Anytime you can beat a good team on the road, and the kids play hard and are disciplined, it’s a big boost for our young kids.

“We are learning as things go along. The kids are growing up and kind of coming into their own, so I am really proud of them.”

Junior guard Jacey Petruno scored nine of her 11 points in the first half for Shanahan, and senior Kathryn Greenhut added nine points, but only connected on two from the field.