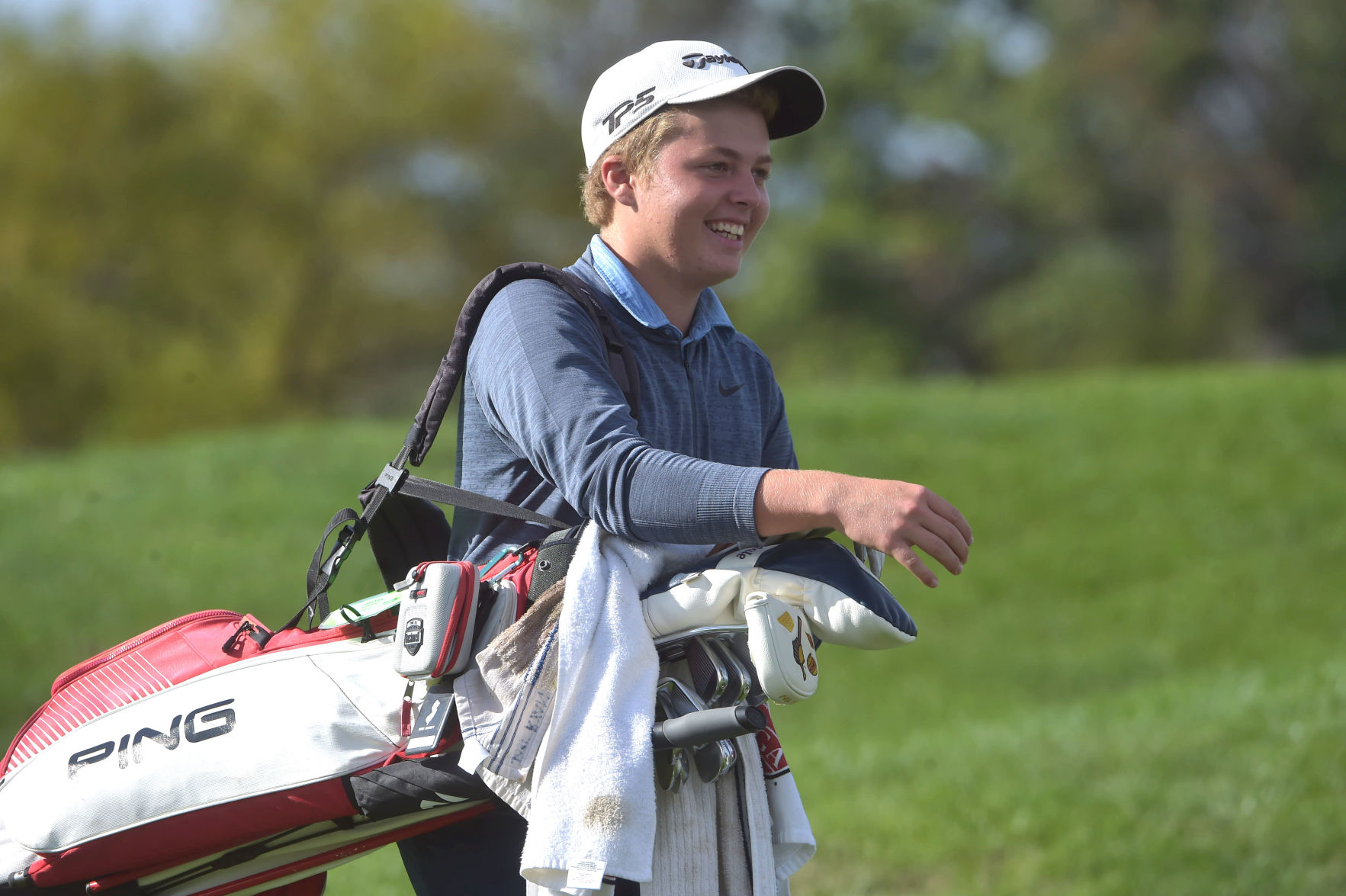 Josh Ryan of Norristown is all smiles after finishing out the 18th hole to win the PIAA District 1-3A championship at Turtle Creek Golf Club. (Pete Bannan/MediaNews Group File)

As a 10th grader in 2018, Ryan won the Pioneer Athletic Conference individual championship and placed fourth in districts, fifth in the Eastern Regional and 19th in the state.

In 2019 he won his second straight PAC individual title, won the district, placed seventh in the Eastern Regional and third in the state.

Following his dominant season, Ryan has been selected as the Reporter/Times Herald/Montgomery Media Golfer of the Year.

Last year his PAC title came by one stroke over his since-graduated brother Caleb. This year he shot a 2-under 69 to comfortably claim the crown by four strokes.

In districts, Ryan was the only 3A golfer under par in the first round and one of only four to shoot par in the second to lead to a 1-under 143, good enough for the top spot on the leaderboard.

“District 1’s probably one of the hardest districts in the state and shooting under par here in these conditions the last two days was very challenging,” Ryan said after winning the title in October. “It’s really nice, I made putts today, yesterday was struggling with the putter but it got hot today so it was really nice.”

To build off his first-round lead, Ryan started the second round of the district championship with two birdies on his first four holes and held the lead as the day turned windy at Turtle Creek Golf Course. In total in the second round, Ryan shot four birdies, four bogeys and eight pars.

In the Eastern Regional, Ryan carded an even 72. He was five strokes behind the leader, Conestoga’s Morgan Lofland.

Ryan finished third in the state by six strokes. He shot a 1-under 70 in both rounds to finish with a 2-under 140.