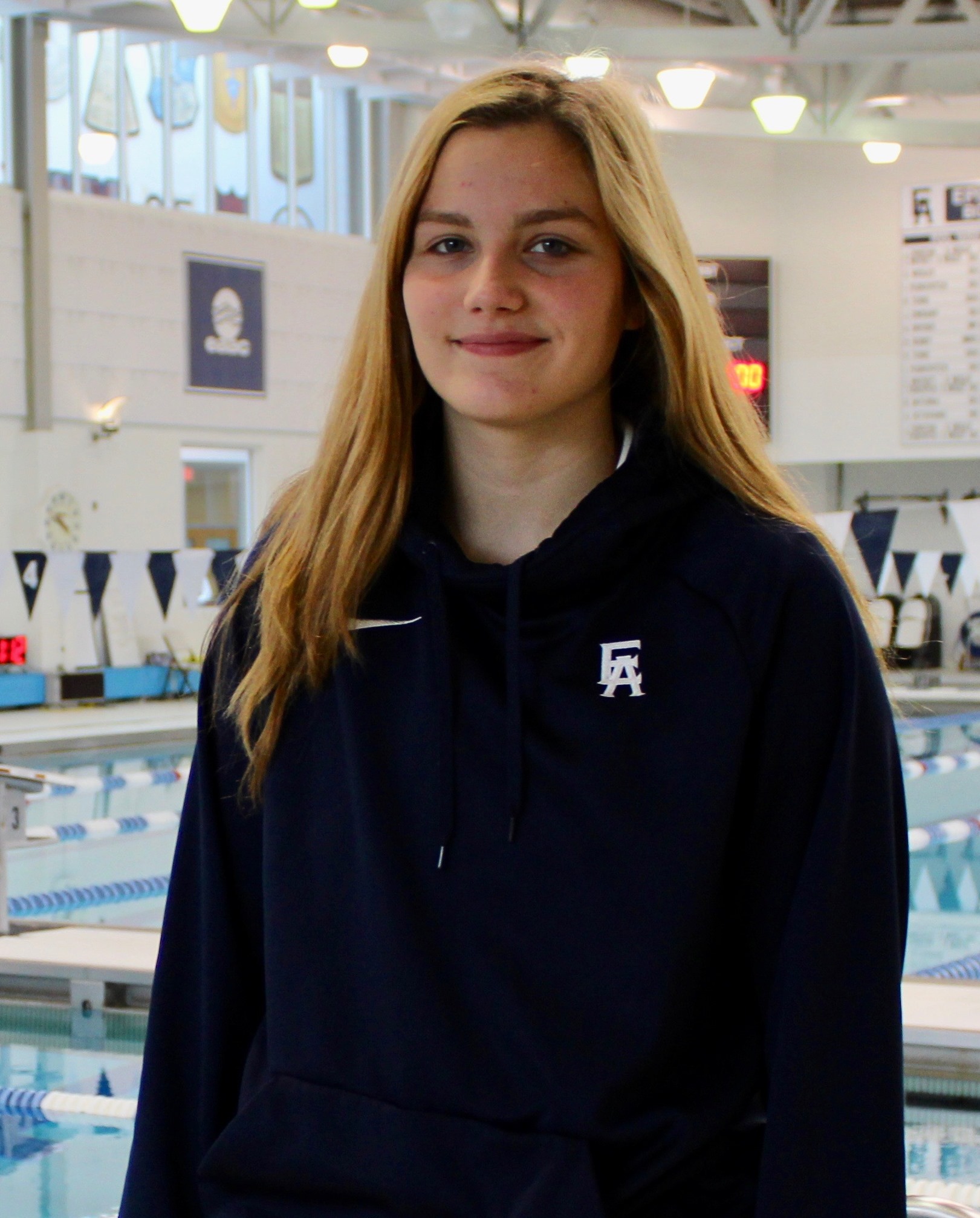 The junior center and tri-captain was voted the Most Valuable Player at the Eastern Prep Water Polo Tournament in both 2018 and 2019. In the championship final Nov. 3, Sekulic scored 13 goals and had three kick-outs drawn and two steals as the Churchwomen defeated Lawrenceville, 16-8. She is also a member of the USA Youth National Team. Out of the pool, she participates in EA’s Vocal Ensemble, a select choral group, and is part of a leadership group for Speak-Up.

Q: What is your most vivid memory of the recent Eastern Prep water polo tournament?

A: My most vivid memory of the tournament was when we all jumped into the pool and started hugging one another with smiles from ear-to-ear. Seeing my teammates and coaches this way made me really grateful and proud of my team and how far we’ve gone since the beginning of the season.

Q: What do you think is the strongest part of your game? What area of your game are you working on the most currently?

A: I think the strongest part of my game is my dedication to give everything I can in every moment of the game. I never hold back because I know that the lack of complete effort will not get the job done. Since I am a center player, I have been working on my outside shot and movement. I believe that in order to be a great player, one needs to be able to fill in any role and step up when the team needs her to do so.

Q: What sparked your initial interest in water polo? What position do you play, and what attracted you to that position?

A: Originally, my parents took my brothers and I to a swim practice with a coach that also coached water polo. After learning how to swim, the coach just encouraged us to keep playing. Since he coached a boys club, my brothers stayed there and I joined a girls’ water polo club called Taš 2000. Initially, the game was challenging and I remember my first game like it was yesterday. I didn’t know how to draw a foul, shoot or any basic rules of the game, but in the pictures I have after that game show that my face was red and I was exhausted from the amount of work that I put in. This challenge excited me and drove me to always swim faster than the person next to me when we conditioned and never let anyone score when I was defending them. Later on, my coach saw potential in me for the position of a center which I’ve played ever since.

Q: Who has/have been your biggest water polo mentor(s), and what was the most important thing each of them taught you?

A: My first ever coach was my coach back in Serbia. He taught me everything I needed to know about water polo and he pushed me to become a center. If it weren’t for him I don’t even know if I would be where I am today. He pushed me to always be better and believed in me. I remember in my starting years I would be playing the game, while also listening to what he was telling me to do from the sideline. Everything he said I did on the field and this “walk through” taught me how to react and where to look in certain situations. Even though he was not able to coach me past 5th grade, he made the biggest impact in my life as an athlete and I can never thank him enough for believing in me.

Q: How do you see your role as tri-captain of the EA girls water polo team? How do you feel you can best display your leadership?

A: I am honored to be one of the tri-captains of our amazing team. I am so proud of how far each one of them has come this season. I see myself as a source for the girls to talk to whenever they feel a need to, whether its water polo-related or not. Being the captain, I want to be a good role model for the girls in the grades under me because I know they are following my footsteps, and once I leave they will have to step into the leadership roles.

A: On the day of the game my pre-game preparation consists of a good, healthy breakfast and lunch and lots of hydration. Before the game I like to get very serious and focus on beating my opponent and reminding myself that I have outwork them in order to do this.

Q: What is your favorite course at EA? What would you like to major in at college?

A: My favorite class this year is physics. It is an honors level course so it is really challenging, but that’s what I like about it so much. It pushes me to work harder than I usually probably would and kind of forces me to practice my work ethic. I am not exactly sure what I want to major in yet, but I know that I definitely want to go into something related to math/science and maybe a minor in philosophy.

Favorite movie: 10 Things I Hate About You.

Person I most admire, and why: “My parents are the two people I admire most. They have taught me so many life lessons and are my role models.”

(To be selected as Main Line Girls Athlete of the Week, a student-athlete must first be nominated by her coach)