Defense gets it done for Cheltenham in win over Kennett 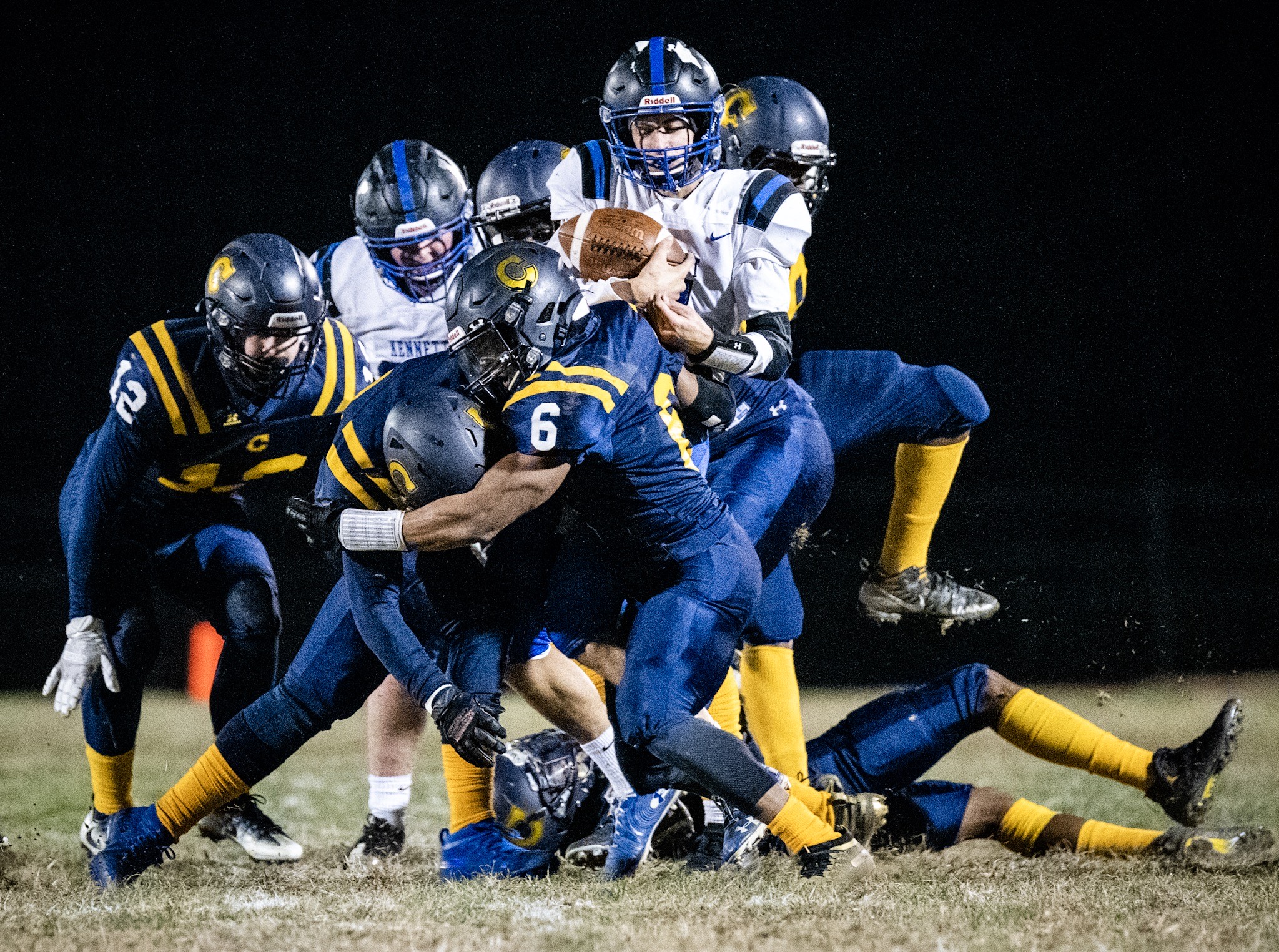 CHELTENHAM >> Nate Edwards said the goal for the Cheltenham defense was to get off the field as quickly as possible.

“I saw the quarterback dropping back and he just put it right in my hands,” Edwards said.

The Panthers played swarming defense from the start, plugging up the running lanes and taking away Kennett’s strength. Cheltenham also intercepted four passes, including the one returned for a touchdown by Edwards in the final minutes.

“All we had to do was stop their power. We stepped up. Our coaches talked to us and we did it together, came out with the win,” Edwards said.

“Everybody knows who we are,” said Panthers coach Ryan Nase, who has guided Cheltenham’s turnaround. “We’re a team that’s undersized but we move really well. We’re ferocious when you look at some of the hits that were made on both sides of the ball and on special teams.

“And any time you can get a team into the situation where they have to throw the ball, and you know they’re throwing the ball, we have a bunch of ballhawks in the backfield and a bunch of defensive linemen that can get after the quarterback.”

There wasn’t a better way for Cheltenham’s defense to finish up Friday night.

Said Nase of Edwards’ score: “It’s funny, because the coaching says ‘go down, go down, go down (after you intercept it).’ But then Nate Edwards has done so many things to kind of transform this program, and he deserved it.”