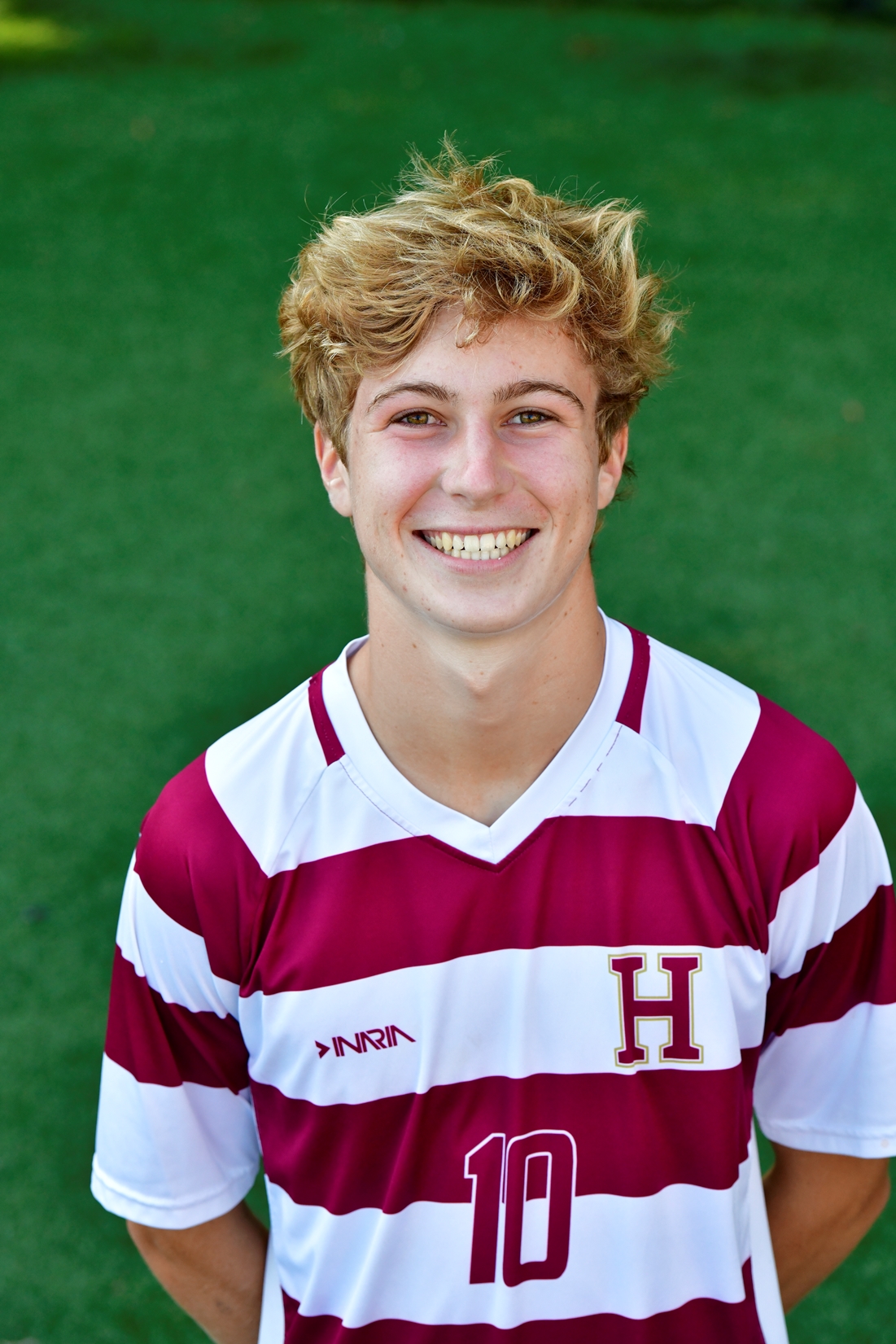 The senior central midfielder has been a potent two-way performer for the Fords’ soccer team. In his last five games (as of Oct. 28), Macaione has dished out five assists, plus he has scored a number of key goals for the Fords throughout the season. fall, Macaione received second team All-Inter-Ac and All-Main Line soccer honors as a key member of Haverford’s Inter-Ac champions. Ford head coach Dan Keefe said, “Luke has dominated as a central midfielder and helped our team find its offensive identity. He is a servant leader and a model student at our school.” Outside the pitch, Macaione spoke recently to the Haverford Upper School as a student leader of the Character Mentorship Program –  a group dedicated to mentoring students that have committed honor code violations.

Q: You’ve been a productive offensive player for Haverford School this fall. What do you think have been the biggest keys to your scoring success this season?

A: As the center attacking mid, it has been my job to create chances for our strikers and wingers. In the past I have been more of a passive player, this year I’ve tried to focus on being more dynamic with the ball in order to create chances. Playing with confidence has definitely been the key for me personally. It’s a whole different game when you feel like no one can stop you out there. Additionally, my teammates have also been clinical in front of goal this season and a ton of credit goes to them. We had a game against Penn Charter where the offense was clicking on all cylinders and I saw the full potential of our extremely talented group. Lastly, our back line of MJ Atkins, Mitchell Hark, Carson Demarco, Will Boyes, Andrew Johnson and Brennan McBride have really been our strength this year and they’ve kept us in every single game.

Q: What aspect of your game did you work on most during the off-season? What do you consider the strongest part of your game, and what are you working on most currently?

A: Over the summer I worked on my fitness and ball control the most. I feel like dribbling at speed has always been a weakness of mine and coming into the summer I knew that the team would need me to be confident in that aspect of the game. I would say my strongest part of my game is my soccer IQ and versatility. Growing up watching endless hours of Premier League soccer and then replicating it on the field definitely developed a great sense of the game for me. I also had many conversations with my dad, who has consistently pushed me to reach my full potential. I’m continuing to work on my ball control as well as first touch because those are two things that can never be good enough.

Q: Tell us a little about your start in soccer. Have you always been a center midfielder? Who have been your most important soccer mentors, and what was the most important thing each of them taught you?

A: From a young age in London, England I was always a defender. At one of my first club practices when I was 7 the coach called me a “young John Terry.” Since then, I have bounced around from center back, right back, left back and eventually center mid these past two years. The skills I’ve learned at each position have made me better as an overall player. I’ve never had a consistent soccer mentor but when I played for FC Delco in fifth grade, my coach Grant Myers was the first coach who really believed me and challenged me immensely. He instilled resiliency and hard work in me which have traveled with me throughout my soccer career. Coach [Dan] Keefe has also been one of my most important soccer mentors. He’s taught me how to lead by example, how to believe in myself, and has also helped me through some difficult times for which I am forever grateful.

A: My pre-game preparation always consists of a 10:30 p.m. pasta dinner the night before. On game days, I always tape my left wrist over a special bracelet and take a few minutes off to the side juggling to get in the zone.

Q: You wear uniform jersey No. 10 for Haverford School soccer – is there a reason you picked this number – does it have any significance to you?

A: Nearly my whole life I have been No. 3, but coming into the season I wanted to challenge myself to play the role of a true No. 10 in soccer. It is widely regarded as the number of the player who pulls the strings for the offense and is looked up to as a team leader and I wanted to place myself in that role.

Q: Do you participate in any other extracurricular activities at Haverford School other than soccer?

A: Haverford has given me so many opportunities to learn more about my classmates and the world. I’m the Chairman of the Character Mentorship Program which is a huge honor for me. We help mentor students who have committed acts against the Honor Code as well as communicate with freshman to help them with their transition to the upper school.

Q: What is your favorite course at Haverford School? What do you think you might want to major in at college? Is there a career field that particularly interests you at the present time?

A: My favorite course at Haverford has always been Latin. Partially because of my teacher Ms. Adkins, but also because of the historical content we learn as well as the language itself. I’m not sure what I want to major in yet, but I think it will have to do with business or history.

Person I most admire, and why: “I most admire my mom for her strength and care for my sisters and I.”