Downingtown East takes out its frustration on West Chester Henderson 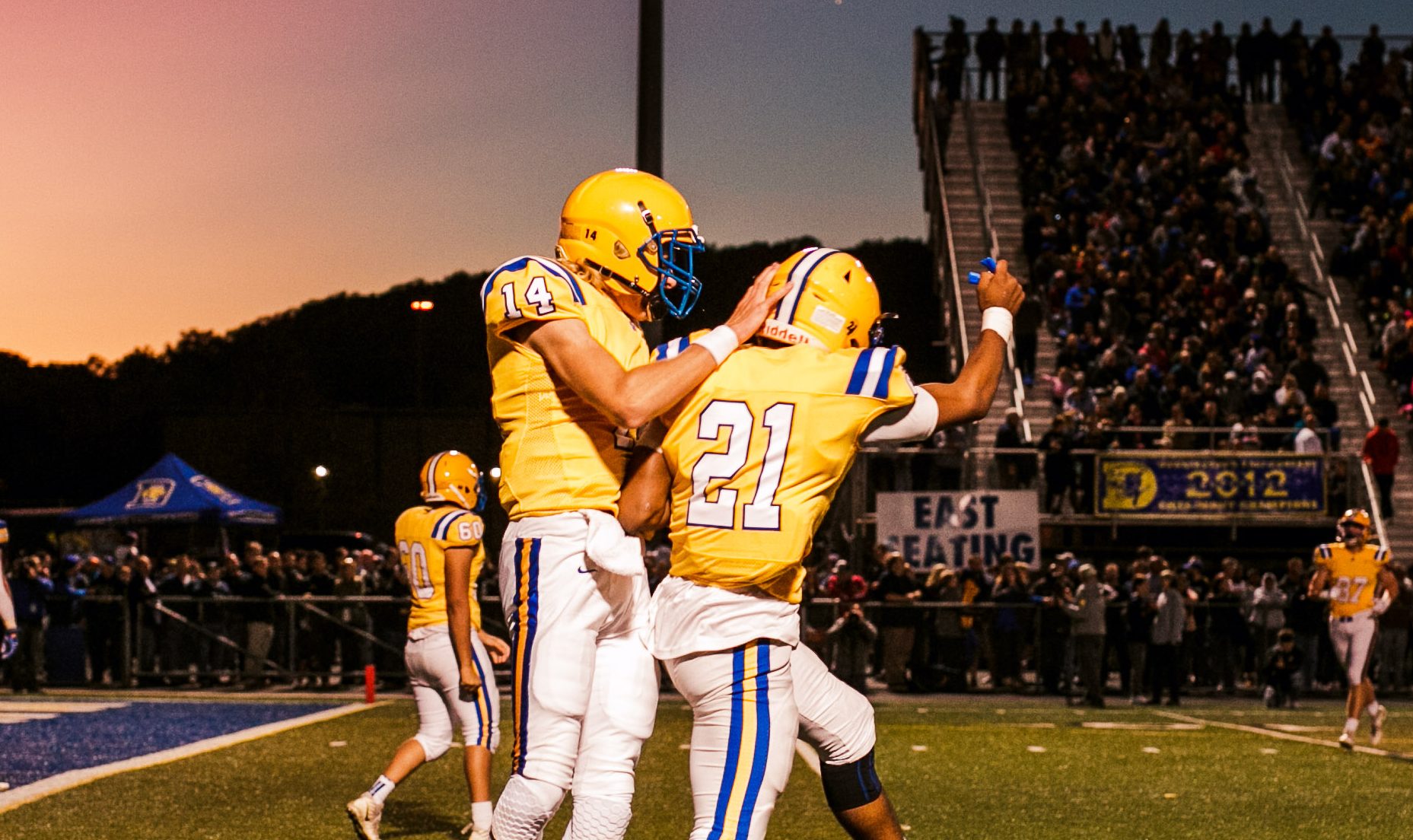 DOWNINGTOWN >> In the words of Downingtown East quarterback Drew Person, the Cougars are on a revenge tour.

Unfortunately for West Chester Henderson, the Warriors were first in line to feel their wrath.

After losing to cross-town rival Downingtown West last week, the Cougars responded with a dominant performance on Friday, beating Henderson 35-7, and improving to 7-1 on the season.

“The big thing was that we didn’t want to have a close game,” said Downingtown East Coach Mike Matta. “We couldn’t come out feeling sorry for ourselves. We talked all week about not letting Downingtown West beat us twice. I’m glad that we were able to put it together.”

“Defensively, we really struggled last week, but tonight we played a really good game,” Matta continued. “The defense has been pretty good all year up until last week, but that’s how we envision ourselves, aggressive. I’m pretty impressed with how we played and as long as we continue to do that, we can be good.”

At the start of the game, the Cougars offense started off a bit slow. However, their defense neutralized any ounce of success that the Warriors hoped to achieve. In ten offensive drives for Henderson, seven resulted in punts, one was a turnover on downs and another was a pick-six by East’s Matt McDevitt, which gave the Cougars their first score of the night.

The dominance of the Cougar defense only let Henderson cross the 50-yard line twice all night. While the Cougars’ defense failed to let Henderson move the ball, they inspired their offense to match their intensity.

“I think we started playing Downingtown football the way we usually do,” said Person. “Our offensive line started moving people and the same goes for our fullback. Our running game started opening up and once that happens, we were able to start passing.

“It’s amazing to have the running backs that we do,” Person continued. “It takes so much pressure off of my back like when I throw an interception, they’re always there to keep going. We had a bad taste in our mouths after last week and now we’re just trying to get it out.”

After the slow start by the offense, Person and his running backs Spencer Uggla and Stanley Bryant were able to move the ball at will starting with their third possession. If the Cougars needed to go the length of the field, Downingtown East would gin up a 13-play 68-yard drive and cap it off with a 4-yard touchdown catch to Connor Noble. If the offense needed to score quickly, the Cougars would go 38 yards in two plays and score with a 1-yard Person run in under twelve seconds.

Henderson had no answers.

“We worked hard and put some stuff behind us,” said Matta. “Now we have to get ready for the rest of the season.”