Banged up O’Hara no match for Neumann-Goretti 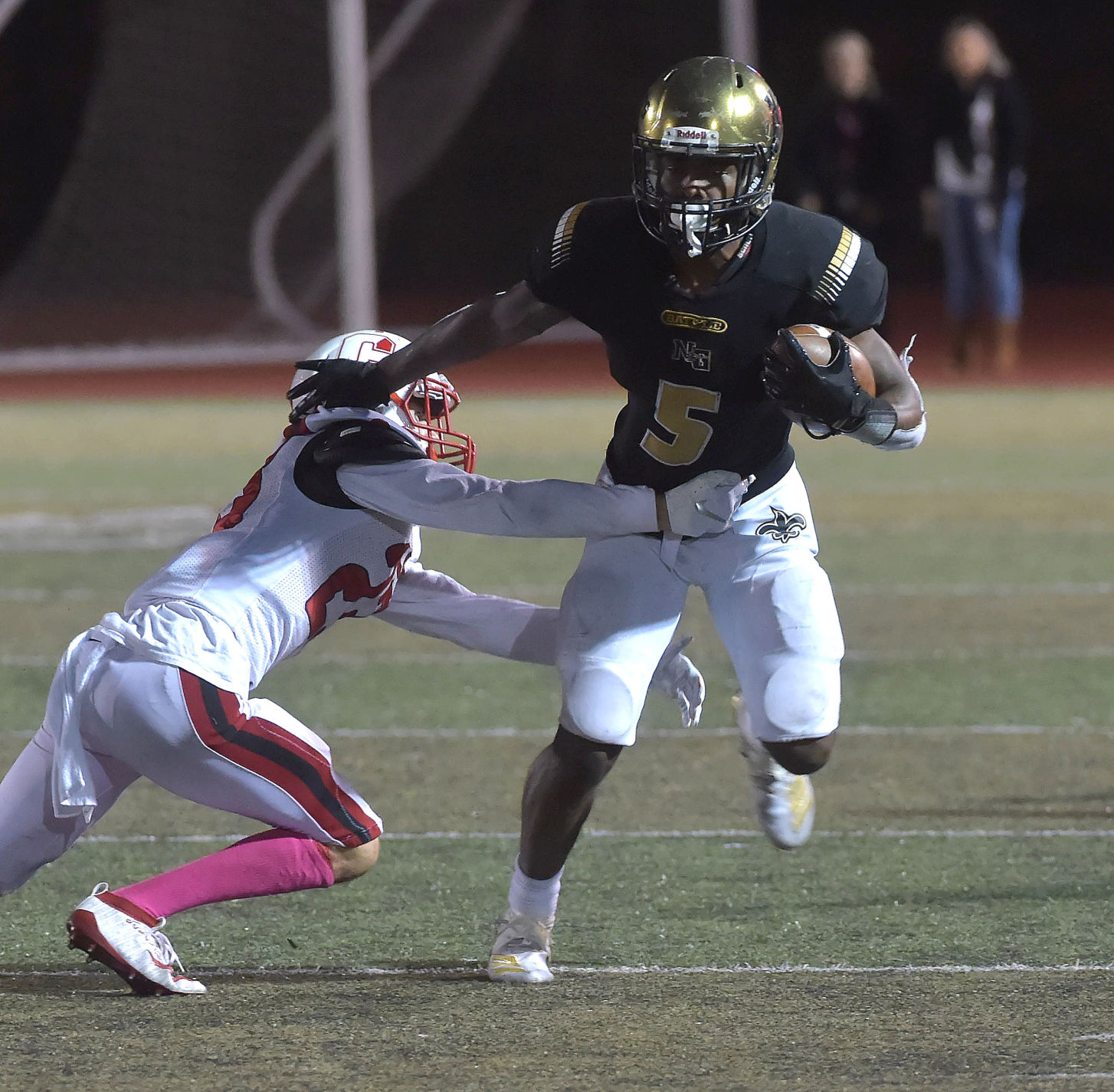 Neumann-Goretti's Tysheem Johnson had two rushing touchdowns and returned a punt to the house in the Saints' 46-0 drubbing of Cardinal O'Hara.

MARPLE — Cardinal O’Hara knew it was in for a rather difficult night. It, however, did not know it would be quite this bad.

Neumann-Goretti rolled over the Lions Friday night, 46-0. O’Hara is 1-6 overall, 0-5 in the Catholic League Blue Division. The Saints, still undefeated, scored 38 points in the second quarter. One came on a punt return, one on a fumble. There was a safety. There were short fields. It was difficult to watch.

O’Hara finished with minus-30 yards for the game. It didn’t attempt a pass. It earned two first downs – the first via penalty, the second amid the second half’s running clock. N-G (8-0, 5-0) is the class of the division and O’Hara met this machine at a rather inopportune time, to say the least.

O’Hara, without anyone who could throw the ball due to an injury to starting quarterback Cole Sprague, made it easy for N-G. The Lions fumbled eight times, losing three of them. A bevy of snaps went over the head of whoever was behind center. The Saints had short field after short field. They cashed in.

Quarterback Marqui Adams passed for 150 yards and two touchdowns. Tysheem Johnson, a junior back with a ton of offers from schools like Oregon, Penn State and Stanford, hauled in both scores. He rushed for 25 yards and another touchdown. He returned a punt 65 yards to the house.

The Lions were helpless.

“They got kids on the field we can’t stop,” Hogan said.

Two players on O’Hara wound up with positive yards – Dante Paolletti and Mike Jones. They both had 12 rushing yards. That was it. But, there are two games left, including next week’s rivalry match with Bonner-Prendergast.

Perhaps, this week, Hogan will see the leadership he is searching for.

“That has to come,” Hogan said. “That’s when your leaders need to step up and take control, but we haven’t had that yet. We got to get guys to step up. You’re going win games Tuesday, Wednesday, Thursday in practice. We’re just not there yet. We got a ton of young guys playing, but that’s not an excuse. We need guys to make plays.”

The Saints do not have to worry about that. They have a seemingly endless supply of playmakers. One, linebacker Ronald Holmes, hails from Darby.

He has been at N-G since his freshman year, when the Saints canceled their season midway through. Holmes has seen the program grow from afterthought to power.

That has led itself to an undefeated season, and on this night, domination of O’Hara. The Saints knew what everyone else did about the prospects of this game, but it did not matter to them. They wanted to win — and win big. They did.

“We don’t want to underestimate any teams.” Holmes said. “So we got to play everybody to our fullest.”