Pennridge edges CB West as both sides prove their worth 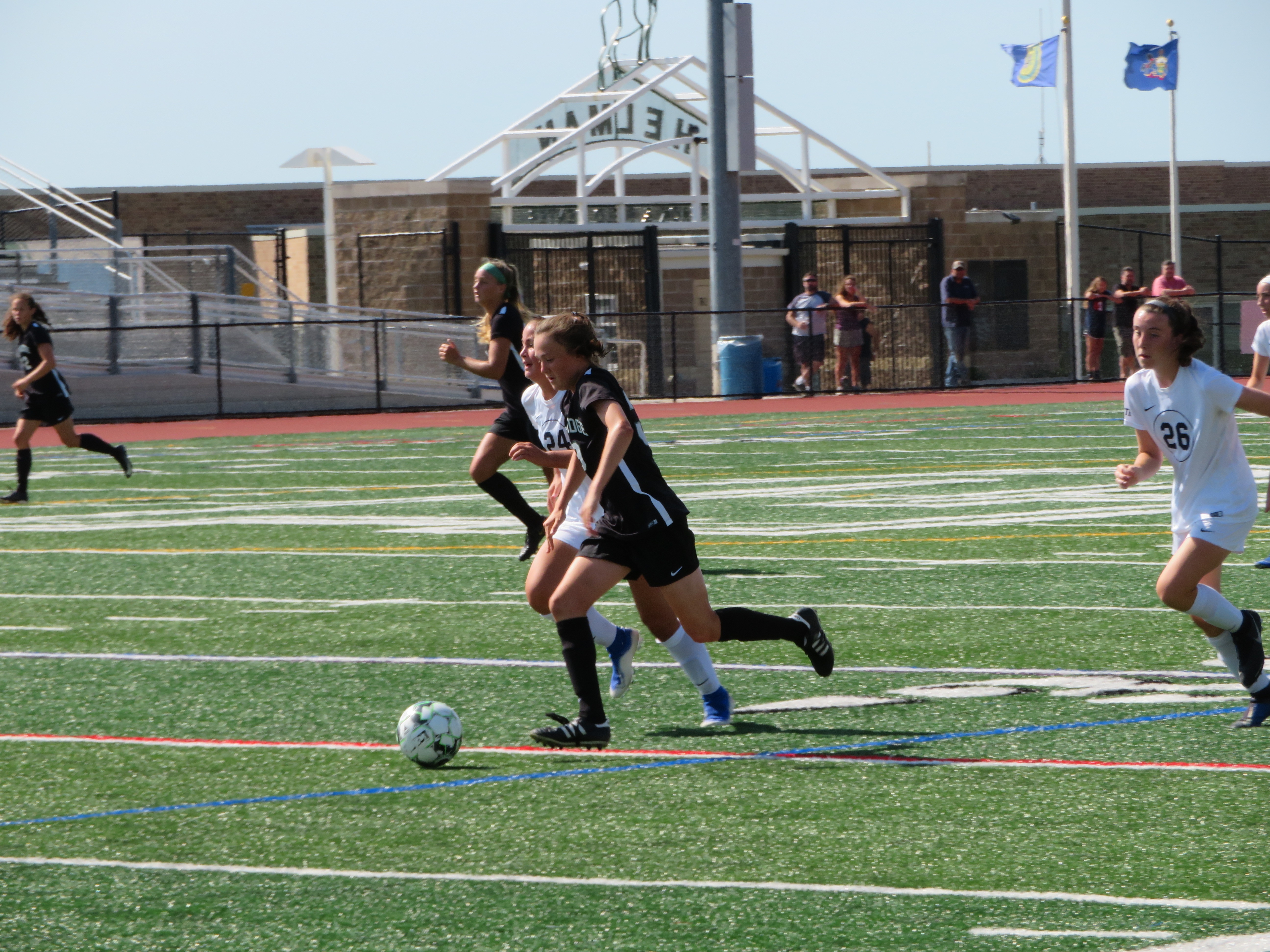 DOYLESTOWN >> Like the slogan on the back of the Pennridge girls soccer team’s shirt says, here and now.

The Rams faced a major test in the still-early season Tuesday night against Central Bucks West, the only team to beat them in SOL Continental competition last season. With a highly talented Bucks side looking to make it three straight wins over Pennridge, an 80-minute classic unfolded under the lights.

At the end, due in large part to the effort of both teams and somewhat to one unfortunate deflection, the Rams emerged with a 1-0 victory.

“It just took the fight in all of us, we wanted it and we needed it,” Pennridge junior forward Lindsey DeHaven said. “We couldn’t give up at all.”

When the ball was in play, it rarely stopped moving as both squads rode the ebbs and flows up and down the pitch. Pennridge junior center back Maddie Angelo said there was no way around the fact that West was going to come right at them and everyone had to be committed.

Angelo, who just committed to Youngstown State, was up for the challenge and turned in a glistening all-around effort on the back end. Strong in the air, Angelo also covered a ton of ground and at one point ran about 50 yards to break up a potential CB West breakaway which the defender chalked up to wanting to send a message.

“We knew we were going to get tested as an entire back line and I think this game showed who we are as a program,” Angelo said. “As a back line, we’re not letting you past us, no matter what it takes. That’s also us as a whole team too, our defensive mentality is really strong and what drives us to go forward.”

It was a match that clearly meant plenty to the participants. West’s Ryan Fitzsimmons gutted through a cramp late to create a few chances chasing the equalizer while Tori Albrecht just kept getting up after every collision and following the play and on the Rams’ side, Ashley Gordon shook off a hard collision to stay in the game during the second half.

With so many players going above, from winning headers to standing firm on a challenge, it was hard to find a singular standout. But that list would certainly have Bucks goalkeeper Jenna Abaza near or at the top as the junior played an outstanding match with seven saves and plenty of work that doesn’t get tallied.

“Jenna was awesome tonight and I hope she can build off this game,” Bucks coach Mike Moyer said. “We’ve been a little shaky in the back even though we haven’t given up many goals but I was really pleased with the way my back four and Jenna played tonight.”

The game’s lone goal came in the second half during a spell where the Rams found some success going down their right flank. Gordon and Emily Kriney led the charge it was Kriney who played the ball in with about 27 minutes to play that altered the game.

On the right, Kriney rifled a shot off the wing toward goal. Her effort deflected off a Bucks defender in the six-yard box and found the net for a hard-luck own goal.

To West’s credit, the goal only seemed to further embolden their efforts.

“The effort was awesome, for both teams, it was an awesome game to be a part of,” Moyer said. “We knew they’re going to send three all the time and we had to weather their storm and keep the gaps closed. They’re relentless, the three girls in the midfield continue to come at you and I thought we did a really good job bypassing the midfield. We had a ton of chances too we just couldn’t find one.

“I know we’re only four games in, but that was one of the best high school games I’ve seen in a while.”

West’s front of Taylor Moyer, Ryan Fitzsimmons, Erin Fitzsimmons and Shea Lubin was as relentless as Pennridge’s front, the midfields dueled and both team’s back lines were under pressure to respond all match. It wasn’t a surprise to the Pennridge players either.

“They always come out with such high energy, they’re very aggressive and very strong so we had to be ready for that and find a way to top that,” DeHaven said. “It pushed us to work even harder and want it more than them so we had to come out with that ‘win’ mentality.”

Playing in the SOL Continental, which features defending state champ Souderton, state runner-up Pennridge, CB West, South and East, North Penn and Quakertown means there’s no “off” nights for any of its members. Pennridge got to survive Tuesday night, turn around and play under CB South’s lights on Thursday.

It’s a gauntlet for all the teams involved but as Rams coach Audrey Anderson noted afterward, they’re all games that mold teams for the postseason. While the season is long, playing one or two matches that bring out their best every week is what the players train all those hours for.

“We want to make the most of every moment and this tested us,” Anderson said. “We know what they’re capable of, any time their forwards are around the 18 with the ball at their feet, they’re so dangerous so the biggest thing for us was not giving easy shots away.”

“That’s the fun part about being an athlete and a competitor, you always want to come out here and play hard and play a good game,” DeHaven said. “It’s what we look forward to. We love a challenge and we love to beat that challenge in a sense.”

DeHaven, who isn’t the biggest player, said she felt compelled to keep going up for headers with the way her teammates were playing around her and Angelo added she believes when everyone on the field has that same energy, it’s going to be very hard to beat the Rams.

“These are the games we look forward to,” Angelo said. “We love being challenged and on a night like tonight, being able to see us get past that challenge and doing it as a team.

“I think we established ourselves as a top competitor in this conference tonight.”