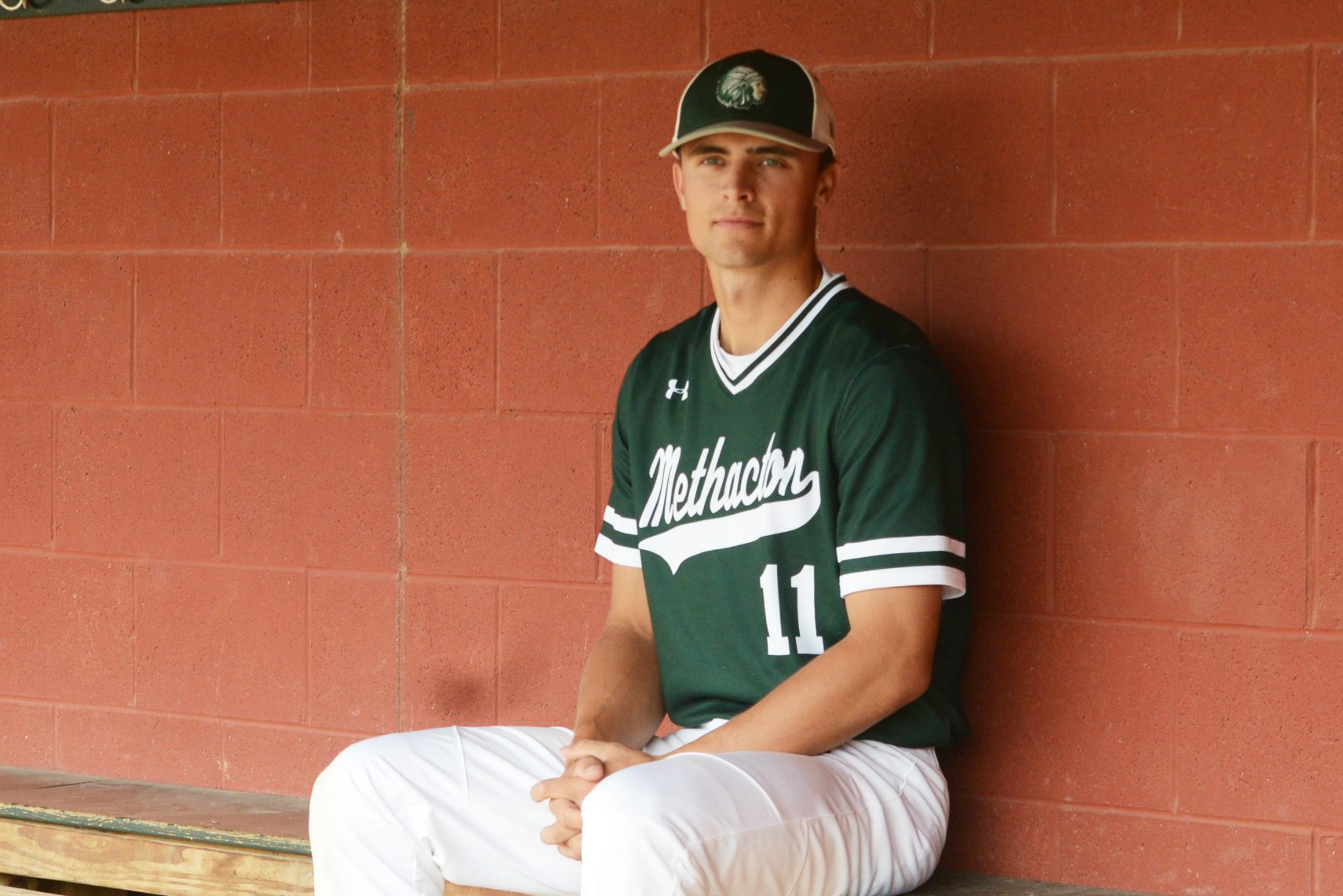 Whether it was after a loss or just a one-hit day, he could count on a call from Methacton teammate Conor Smith asking to go hit at the batting cage.

Even during basketball season late at night after practice, lifting and homework, Smith was eager to find a way to get some extra swings in at the hitting tunnel in Norristown that a friend had set up.

“It’s kind of where he lives,” Christian said of the cage.

Smith saw some at-bats for the varsity team as a freshman, then played regularly as a sophomore. Last year, as a junior things clicked as he batted .441 to earn first team All-Area and All-Pioneer Athletic Conference Honors.

As a senior this past season, Smith surpassed last season’s offensive totals, leading the area in pretty much every offensive category to earn the 2019 Mercury All-Area Player of the Year.

The honor is a culmination of a whole lot of hard work, which started at age 12 hitting wiffle balls off the tee at his house to try and perfect his left-handed line-drive swing.

“I kind of realized at a young age that you get out what you put in,” Smith said. “I’m just trying to put in as much as I can.

None of them compare to what Smith did this season.

Smith batted .562 and got on base more than 60 percent of the time. He struck out just three times in 83 plate appearances. More than half of his 41 hits were for extra bases, including 17 doubles, two triples and two home runs as he peppered the balls to all fields with a short, compact swing from the left-handed batter’s box.

“This year was hands down, no comparison, the single greatest season that I’ve ever seen both at Methacton or at any other school that we were competing against,” Spiewak said.

“I remember thinking halfway through the year, ‘Uh oh. This isn’t good,’ because there’s no way he can keep this going,” he added. “And he just kept it going. It’s amazing. It almost seems like the stats are fudged. That’s how insane they are. It doesn’t make any sense.”

Smith was part of a group of 11 seniors who led Methacton this season. Many of them had played together since they were seven or eight years old in the Audubon Recreation Association. Christian and leadoff hitter Perry Corda, two of Smith’s most common BP partners, had played with Smith at the varsity level since freshman year. Many of their classmates played varsity as sophomores.

With an experienced roster, the Warriors had hopes of winning their first league title since 2014 and deep runs in the District 1 and PIAA tournaments. They fell just short of those goals.

Methacton lost in the PAC semifinals to Spring-Ford. After a win against Boyertown in their district opener, they saw a late rally cut their run short with a 4-2 loss to Downingtown East in the quarterfinals then lost to eventual state champion Souderton, 2-1, in the district playback bracket.

However, there were some highlights as Methacton won its first PAC Liberty division title, advanced to the district quarterfinals for the first time in five years and went on an 11-game winning streak toward the end of the regular season.

“It was the best year I’ve ever played in baseball,” Smith said. “I’ve been playing with mostly all of these guys since I was eight years old. We just kept moving up together through the years. Some of them are my best friends.”

Smith seemed at his best at the plate during the Warriors’ late-season stretch. He had two-or-more hits in 12 of the team’s 16 league games, tallying multiple hits in seven straight league wins to close out the regular season.

After going 0-for-1 with two walks and a run scored in the PAC semifinal loss to Spring-Ford, Smith went 7-for-11 with four doubles in three district games.

“The key to us as we kind of realized was we needed Perry (in the leadoff spot) or whoever was batting second that game to get on base because we knew when Conor got up he was going to knock them in,” Christian said. “There was a pretty good chance of him doing so. That was kind of the strategy. Get as many guys on base before Conor gets up to the plate.”

Spiewak said the Methacton coaching staff saw Smith’s potential at the plate as an eighth grader when they watched him swing the bat. His maturity physically and work spent in the weight room helped him become a better hitter after being overpowered as a freshman.

Smith’s fielding ability was a different story. He put a lot of work into getting himself to be a strong defender in the outfield as a junior and at second base this past season. Smith said he and his teammates quite frequently went to the school to take extra groundballs or flyballs at the field. He found ways to field grounders in his driveway for extra reps.

“The hitting came easily for him, but the defense both in the outfield and at second base, where he played this year, he’s made tremendous strides at both positions,” Spiewak said.

Smith will continue his athletic career at Lebanon Valley College next year. He will no longer be able to call up Corda or Christian to go hit, and it’s likely his college roommate will not appreciate any wiffle balls being hit in the dorm room, but he should be just fine in continuing to put in those extra reps.

“They’ve got really great facilities up there and batting cages at my disposal,” Smith said. “I think I’ll have a good time.”