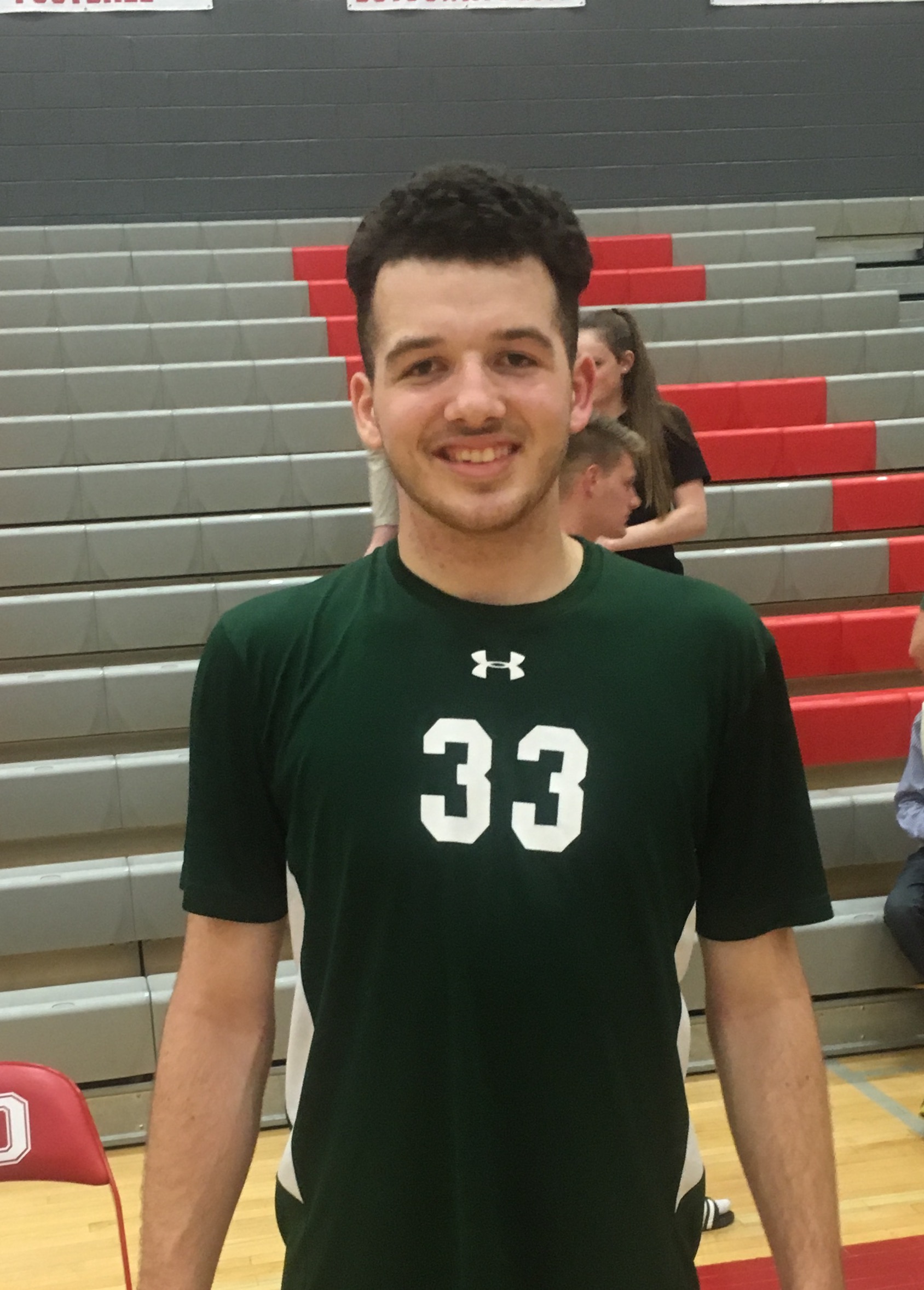 UPPER DUBLIN >> Ryan Benscoter is 6-foot-6, and as he likes to say, possibly still growing.

The Pennridge sophomore was a towering presence in Thursday night’s District 1-3A Quarterfinal win over Upper Dublin and a big reason why the Rams were able to pound out a 3-1 victory.

“My team stepped up. We played amazing,” Benscoter said after Pennridge won 27-25, 25-14, 22-25, 25-22 to advance. “Danny (Rutter) and Austin (Jalosinski) played amazing games and Tommy (Cassel) set the ball like crazy.”
The Rams will head to top-seeded Central Bucks East for the next round.

“We can’t wait,” said Benscoter, who provided 12 kills Thursday night. “We know that CB East is going to be a very tough challenge. I think if we can put in a team effort like we did tonight, I think we can get them.”

The Rams held off an Upper Dublin rally in Game One then won comfortably in Game Two. After nearly coming all the way back in Game Three, the Rams jumped out to a 10-3 lead then pushed to a 14-9 margin before putting the match away for good.

“I think our passing was amazing,” Benscoter said. “I think our back row is as good as it’s ever been. We knew we had to get something done.”

Pennridge played far beyond its No. 12 seed.

“We had potential all season and once playoffs hit, it took that for us to kick it up a notch and it took us up to a level that I thought we could get to but hadn’t shown yet,” Pennridge coach Dave Childs said. “So a credit to the players. They’re playing hard and they’re playing well.”

Jalosinski had a team-high 14 kills for the Rams and Rutter racked up 26 digs and three aces. Pennridge was able to go on the road and overcome a fourth-seeded Upper Dublin squad that was having the finest season in its program’s history.

“Pennridge is a good team. You can never overlook Pennridge,” Upper Dublin coach Paul Choi said. “They have a lot of history in the playoffs and they have a great coach.

“(Our) boys did a great job, just coming together. We had seven seniors this year. They did a heck of a job.”