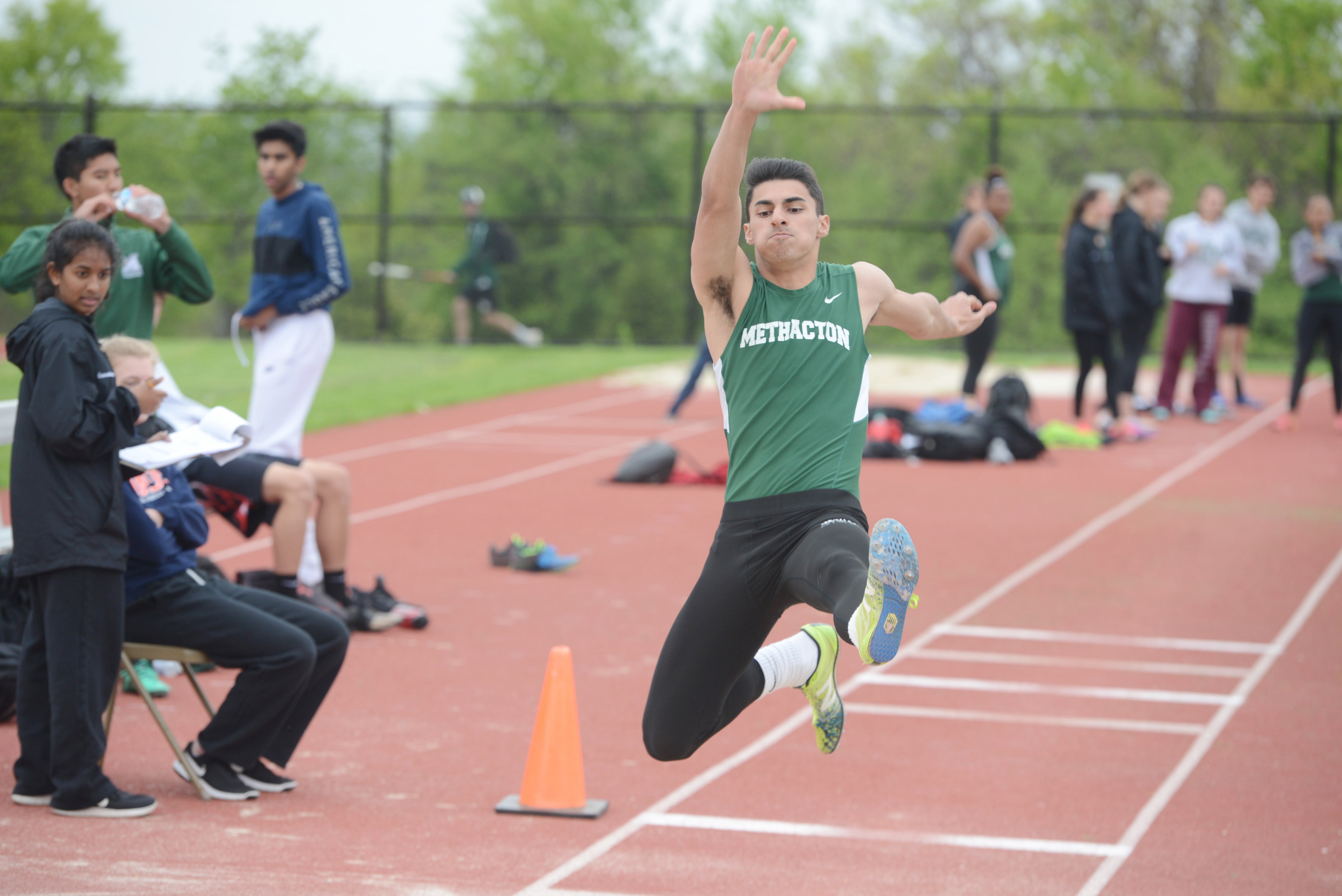 FAIRVIEW VILLAGE >> A spoiler with a finishing kick.

That’s the role the Methacton boys assumed Wednesday in their final Pioneer Athletic Conference home dual meet of the season. Hosting Owen J. Roberts as part of their Senior Day observance, the Warriors came from behind to handle the Wildcat boys, 76-74, and prevent them from making a clean sweep of their Liberty Division schedule.

Trailing by a 70-57 count with three events left to score, Methacton staged a most timely rally. It outran Owen J. in the 4×400 relay, then picked up 14 points from the pole vault and triple jump to finish 3-2 on the year.

The girls completed the sweep of Roberts by scoring a 102-47 victory. They matched the season records of Perkiomen Valley and Spring-Ford (all 4-1), though the Vikings were named Liberty regular-season champs in the wake of Monday’s win over the Rams.

“We’re usually good in the jumps,” first-year boys coach Joe Catania said. “Our 4×4 ran a good race. This was its best time all year.”

The foursome of Joe Pacholski, Jordan Layos, Mason Ridgeway and Andrew Balek clocked a winning time of 3:33.01 after Garrett Campbell, running a 10:03.9, headed Methacton’s showing in the 3,200. The finishing touches were then applied by Josh Do clearing the bar at 12 feet even to win the pole vault, and Daniel Tabor going 41-11 to claim the triple jump.

That left OJR and Perkiomen Valley even atop the Liberty ranks at 4-1. Not that it proved particularly problematic for OJR head coach Tim Marcoe, whose attention now is on the PAC’s championship meet next weekend at Norristown and defending its league title.

“We’re focusing more on Friday and Saturday,” he said. “This was like a dress rehearsal for next week. We’ll be ready to go next week … our goal is to be prepared for PACs.”

The Methacton girls showed themselves ready to defend their title from 2018’s league meet. They won six of seven field events, finishing with a 48-15 point edge to offset Roberts’ four firsts on the track, with Camille Dunham winning two events.

“I feel good,” the junior said afterward. “I was hurt last week — my legs from jumping a lot — so I took a break. That’s what I needed.”

“Both Spring-Ford and Perkiomen Valley are extremely good,” head coach Rob Ronzano said. “When we went against Spring-Ford, they have a good blend of young kids and senior leadership. And Perk Valley has the best athlete in the state (Christina Warren).

“But we’re scrappy. We have good athletes showing their stuff at the tail-end of the season. They’re learning what it takes to be a champion.”

On the track, the Methacton boys got firsts from Pacholski in the 400 (53.29) and Sean Ritchie in the 800 (2:03.28). In the field, the Warriors were bolstered by Tom Heffernan in the long jump — his 20-5 leap leading yet another Methacton sweep of an event.

“We had to perform at the meet,” Catania said. “When the championships come, you have to be ready.”

NOTES >> Methacton recognized its senior boys and girls at the conclusion of the 200 dash, and prior to the 3,200. … Scott Honicker, OJR’s state champion in the 60 hurdles at this year’s indoor championships, ran a particularly strong 110 high hurdles. Honicker was clocked at 15.13, well ahead of the 16.85 run by Methacton’s Andrew Bregman. … Dunham admitted to concerns about the long jump. “I honestly didn’t think I was going to qualify for districts,” she said. “Then I did a 17-5 at Spring-Ford, and a 17-6 today.”