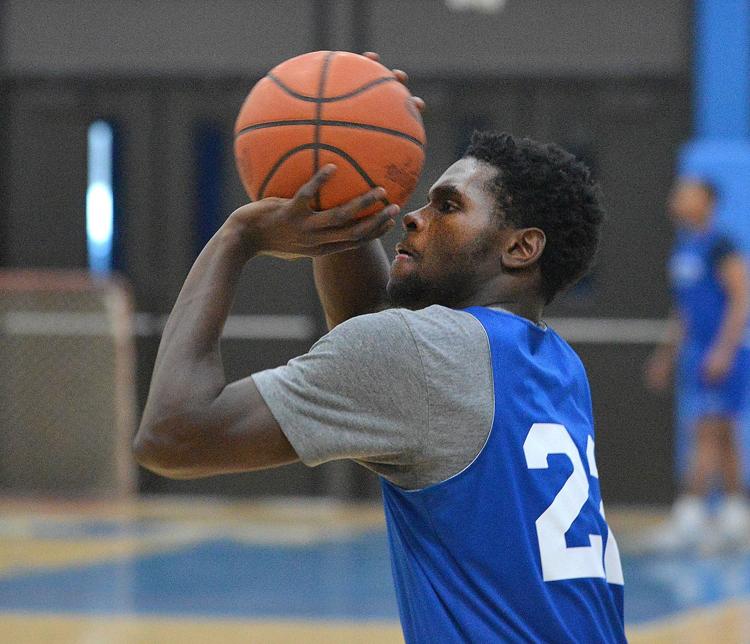 WEST NORRITON >> Norristown is heading into its PIAA Class 6A state playoff opener against Boys Latin Saturday afternoon without its best player.

Norristown reached out to the PIAA to appeal the required one-game absence, but the attempt to overturn the decision was unsuccessful because it did not fall under one of two categories — misidentification or misapplication.

“It’s really an unfortunate situation for our program at the time where we are at this stage of the season,” head coach Dana “Binky” Johnson said at practice Tuesday. “To have a disqualified player for the way that it was called — I’ve been having so many conversations lately about it and my whole take is the fact that I understand those situations that a referee has to do certain things, but from my take and from my coaches’ take and the players’ take and even the other coach’s take from the other team — it wasn’t that type of game where fights were happening. It was a good game of basketball. It wasn’t chippy at all.”

Allen’s first technical foul came when a teammate was fouled hard. The First-Team All-Pioneer Athletic Conference Liberty Division forward stepped in to stand up for his teammate. The second came in the final four minutes when he was fighting for a rebound that two other officials called a jump ball.

As hard as it is, the Eagles will have to try to replace Allen, who is averaging 17 points and six rebounds this season, on the court Saturday.

“Now that it’s five days later,” Johnson said, “he’s just now starting to get over the realization. He’s been very encouraging. He’s just now getting over the realization that he potentially could have played his last game, but he’s been so up-beat with his fellow teammates. The day after — Friday — during practice he was still up-beat. It’s really hard for him to get over it, he’s just trying to encourage his team to get one more for him. That’s what we’re saying — get one more win for Mickeel. He’s been so instrumental in everything we’ve done the last two years. He’s our foundation. We’re going to stay positive, but it’s very unfortunate.”

“It just makes us work harder and go harder,” senior guard Tyler Lyons said, “because if it was me, I would want everybody to have heart and go out there and to work hard. That last game could be his last game. We have to win it for him. Coach coaches one through 12. Everybody is prepared and ready.”

This is not the first time the Eagles have faced adversity this season.

Guard Vernon Tubbs was expected to play a huge role after earning First Team All-PAC Liberty Division honors last year as a junior. He missed all but three games this season for personal reasons.

Wing Aaron Reddish injured his hand in the PAC semifinals against Perk Valley. The sophomore starter has been on the bench since, missing district playoff wins over Central Bucks West, Perk Valley and Chester and a district loss against Pennridge.

“We’ve never really been all together and healthy,” Lyons said. “Everybody else has to step up. Me, I have to step up as a leader and a player.”

Reddish is questionable for Saturday’s game against Boys Latin.