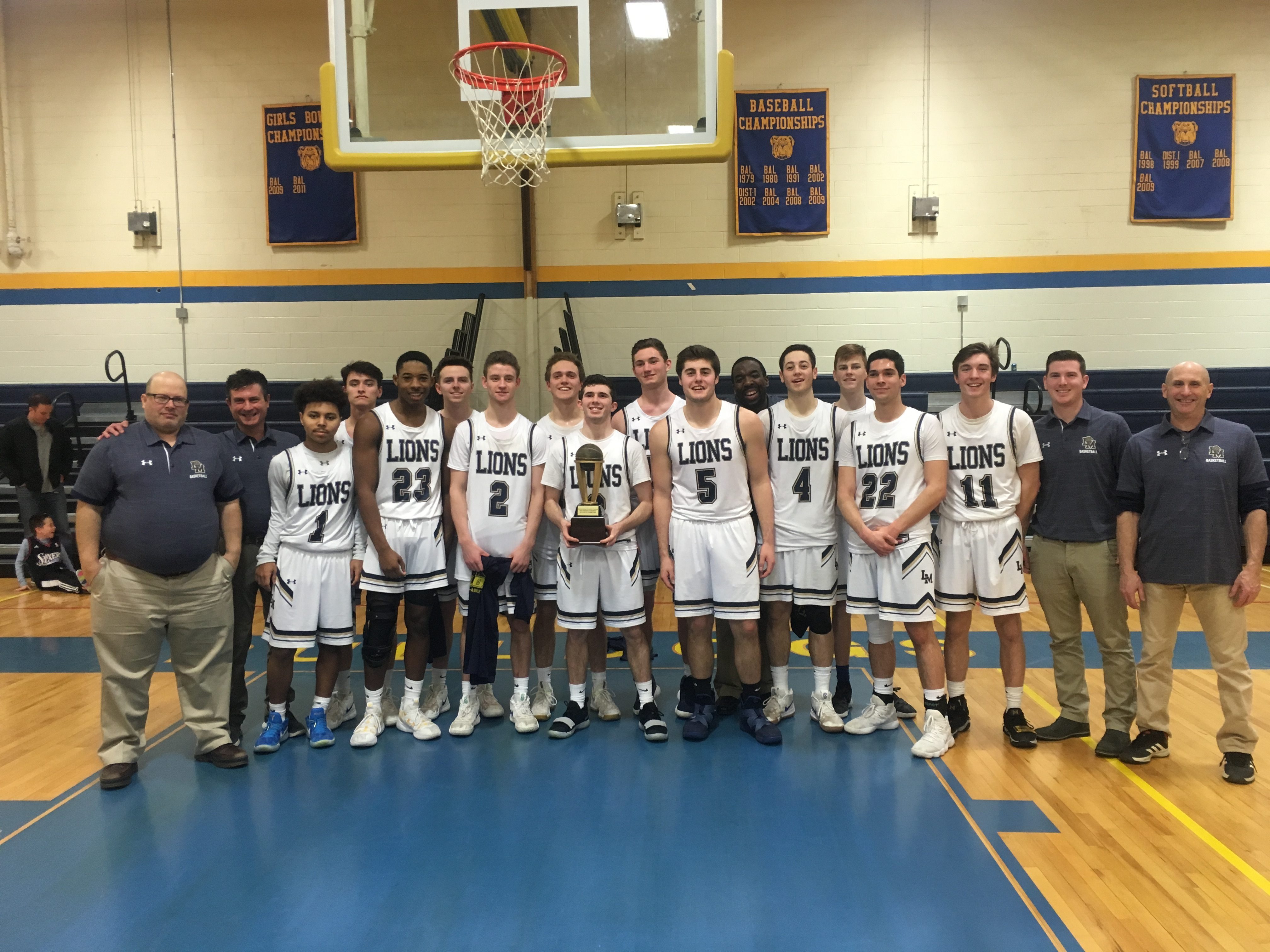 MORRISVILLE >> It was a win three years in the making.

After inheriting the Lower Moreland boys basketball program from the best senior class it had seen, this year’s batch of seniors have strived to uphold that standard. They’d been close the last two years, but hadn’t been able to get all the way to the top and claim a Bicentennial Athletic League tournament title.

Thanks to a career scoring day from Shane Cohen and a tenacious team effort defensively, the Lions got to hoist their own trophy on Saturday.

“We wanted it for the last three years,” Cohen said. “Once we took over after Danny Duffey’s group and started playing together, we wanted this. Last year we got a league championship, but we didn’t get a BAL tournament championship. We were waiting for it, we got it and now we’re happy with it.”

Cohen was terrific on Saturday, scoring a career-best 30 points on 12-of-15 shooting. The 5-foot-8 senior point guard, who was named BAL Independence Division MVP, was also his usual handful on defense with four steals.

A majority of Cohen’s buckets came as a result of defense and he feasted on the efforts of his teammates behind him. After a slow first quarter played at Valley Forge’s pace, the Lions (23-3) ramped up the pressure and turned the game into controlled chaos.

“We just played our game, the first quarter was not our game and everyone on the team will say that,” Cohen said. “Once we started playing our game, we made them run a little faster than they were used to, they started having turnovers and it played right into our favor.”

Lower Moreland’s roster contains 12 seniors and the team plays like it. Guys know their roles, they embrace the little things, they understand what they’re good at and where they may have weaknesses and work to cover them up.

Perhaps no one on the roster embodies that more than Jake Himmelstein. The senior guard also had a terrific offensive day, shooting 6-of-8 for 12 points but his imprint was everywhere from box outs to pressure defense and rebounding.

His high post shooting was also key in keeping Valley Forge honest defensively when Lower Moreland had to work in the half court.

“We’re conditioned pretty well and we’ve been doing it so long – four years together – we know this is us,” Himmelstein said. “We feel like we can do it every time we get on the floor.”

Cohen and Himmelstein made Valley Forge (16-10) pay for those mostly live-ball turnovers. The seniors combined for 18 points in the quarter, but the Lions got plenty of contributions from Joey Cerruti, Andrew Finnegan and others to make it happen.

“It’s what we work on every day in practice, trapping and rotating,” Cohen, who had 10 points in a 15-0 run, said. “We really came together, facilitated and we had a ton of steals as a team.”

The Lions give up height to almost every team the play, so they know they can’t get into dragged-out, pound the ball into the post type of games. That doesn’t mean Lower Moreland can’t hang with bigger teams.

“I think it’s always more heart over height,” Himmelstein said. “If you box out, you get the rebound and we push out and go.”

Lower Moreland started the second half the way it ended the first. Cohen scored his team’s first seven points and a high-post shot by Himmelstein capped the 9-0 run for a 44-21 lead.

Cerruti didn’t shoot at his usual high clip, but the senior still had eight points, three steals and five assists. Forrest Keys gave the team all he could, chipping in seven points, three rebounds, three assists and two steals.

Finnegan only had one point, but he contributed six rebounds and two assists. The Lions totaled 12 steals as a team and had 14 assists on 24 baskets.

“It may go unnoticed to a lot of people, but we as a team see all those little things,” Himmelstein said. “Those are the type of things that get you a big win.”

The Lions earned the No. 1 seed for the District I Class 4A playoffs. Unlike the last two years, when they played in a District I-11 regional, the Lions are in a four-team playoff this year and have to finish on top to return to states.

“We’re trying to make the most of every moment in front of us,” Himmelstein said. “We’re not looking at it as win or go home yet. We just want to take in the time we have left together.”