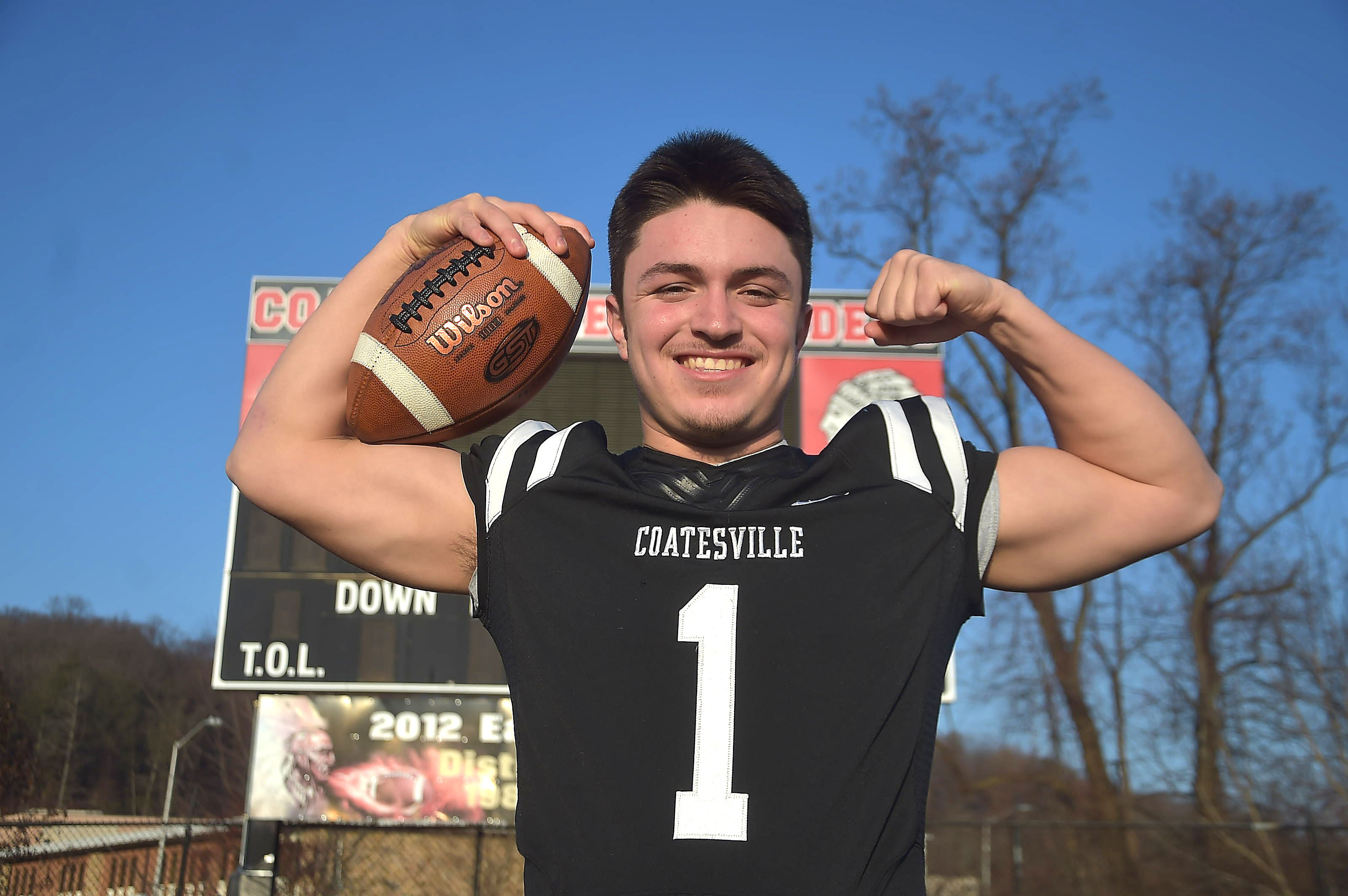 The true stars in sports shine brightest when the white hot spotlight is on them.

They relish the pressure and exceed even the loftiest of expectations.

Coming into the 2018 scholastic football season, the word was out that the Coatesville Red Raiders were one of the top two or three teams in the state. If not the best.

It was also a given to many that junior quarterback Ricky Ortega was the best signal-caller in Pennsylvania.

All Coatesville did behind their superlative quarterback was mercy rule every District 1 team it played, take home another Ches-Mont League National Division title, a second straight District 1 Class 6A title, and make it all the way back to the PIAA semifinals.

And Ortega had the biggest hand in the Red Raiders’ success, throwing for 36 touchdowns against only four interceptions, and completing 123 of 196 passes for 2,310 yards. Ortega also rushed for 922 yards on just 134 carries, and even found time to catch two passes for touchdowns.

These lofty achievements are just a few of the reasons that Coatesville quarterback Ricky Ortega is The Daily Local News All-Area Football Player of the Year.

“We knew people were gunning for us going into the season,” said Ortega, who took home the same honor last season. “But we took one game at a time and did not look ahead. We respected every opponent and came to practice every day and worked hard. And it helped that we were a family and a very close team. We had each others’ back.”

Ortega was the main focus of every team he played, but the junior led Coatesville to a 14-1 record, the first time a Coatesville team won 14 games in one season.

Bishop Shanahan head coach Paul Meyers was among the coaches who knew how much trouble Ortega would be for his defense.

“He was the backbone of that team,” Meyers said. “You need to gameplan for him as a runner, passer and for his scrambling ability. Any other quarterback on that team and they are not that good.”

Coatesville’s main rival, the Downingtown East Cougars, fell to the Red Raiders twice this season, once in the regular season and once in the second round of the District 1 playoffs. Cougar head coach Mike Matta had nothing but praise for the Red Raiders’ signal caller.

Ortega has eight firm Division 1 college offers already, with more sure to come in as the offseason goes on. Coatesville offensive coordinator and quarterback coach Jim Cantafio has nothing but glowing praise for his prized pupil.

“Ricky is the total package,” Cantafio said before the Red Raiders won the District 1 title against North Penn. “He is the real deal and any college he chooses to go to is getting a great quarterback. He reads defense very well, is smart, can run with the ball and can make all the throws as well as anybody. He has a very bright future wherever he decides to go to school.”

Before he leaves Coatesville, Ortega still has another season to torture the rest of the Ches-Mont League and District 1. His excellence has set the bar at quarterback for the rest of the signal-callers in Pennsylvania, and he is just getting started.

Ricky Ortega is the real deal, and it is no secret anymore.