Five Games to Watch in the Ches-Mont in 2019

Whether it be a battle at Kottmeyer or clashes between two of the area’s best quarterbacking talent, the spotlight will be on the Ches-Mont all season long. A growing hotbed for high school football talent, here are the five games to watch in the league. The Battle of the Brandywine is one of the better spectacles of the football season. The Whippets shocked the Cougars a year ago, but there is hardly a need for added motivation as bragging rights are always at the forefront. These two have owned the American Division and there’s little to presume anything is going to change this fall. Rustin ended Unionville’s three-year reign at the top last fall and the way the schedule lines up, the Indians could be in a position to clinch at least a share of the title with a win here. Two Division 1 quarterbacks, Will Howard of West and Ricky Ortega of Coatesville, go head to head. Coatesville has owned this matchup the last three years, but there is tons of talent on both sides and we can only hope to finally get a classic between two of the best QBs in the state. With the Vikings in the American Division now, this crosstown rivalry takes on another dimension. East knocked off Rustin a year ago. Both teams first-year QBs will have matured by this game, and both squads have some explosive runners and powerful linemen. Two straight trips to Kottmeyer to end the season is a heck of a finale for the Red Raiders. It’s always a battle of speed versus power when these two meet and Coatesville will be coming off an emotional battle against Downingtown West the week before. 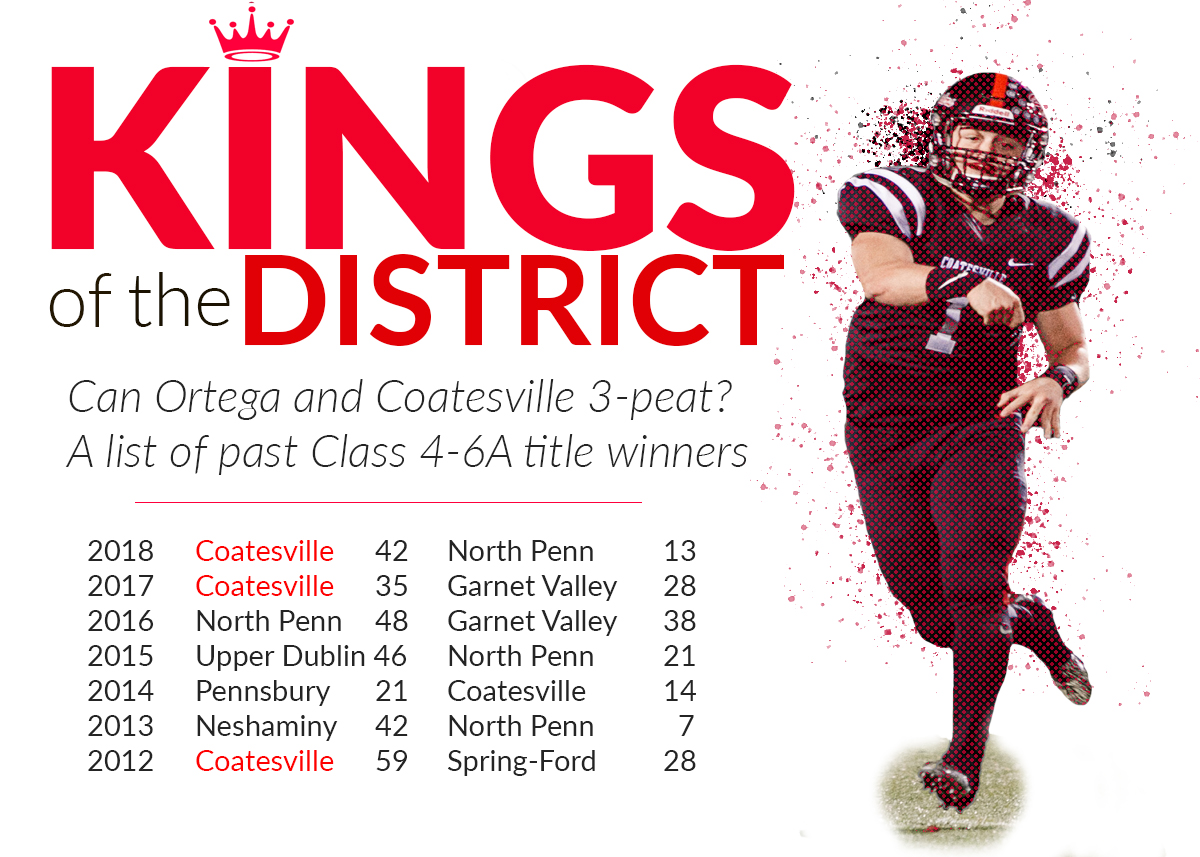 Henderson’s Lunardi seamlessly stepping in after abrupt departure of Adams