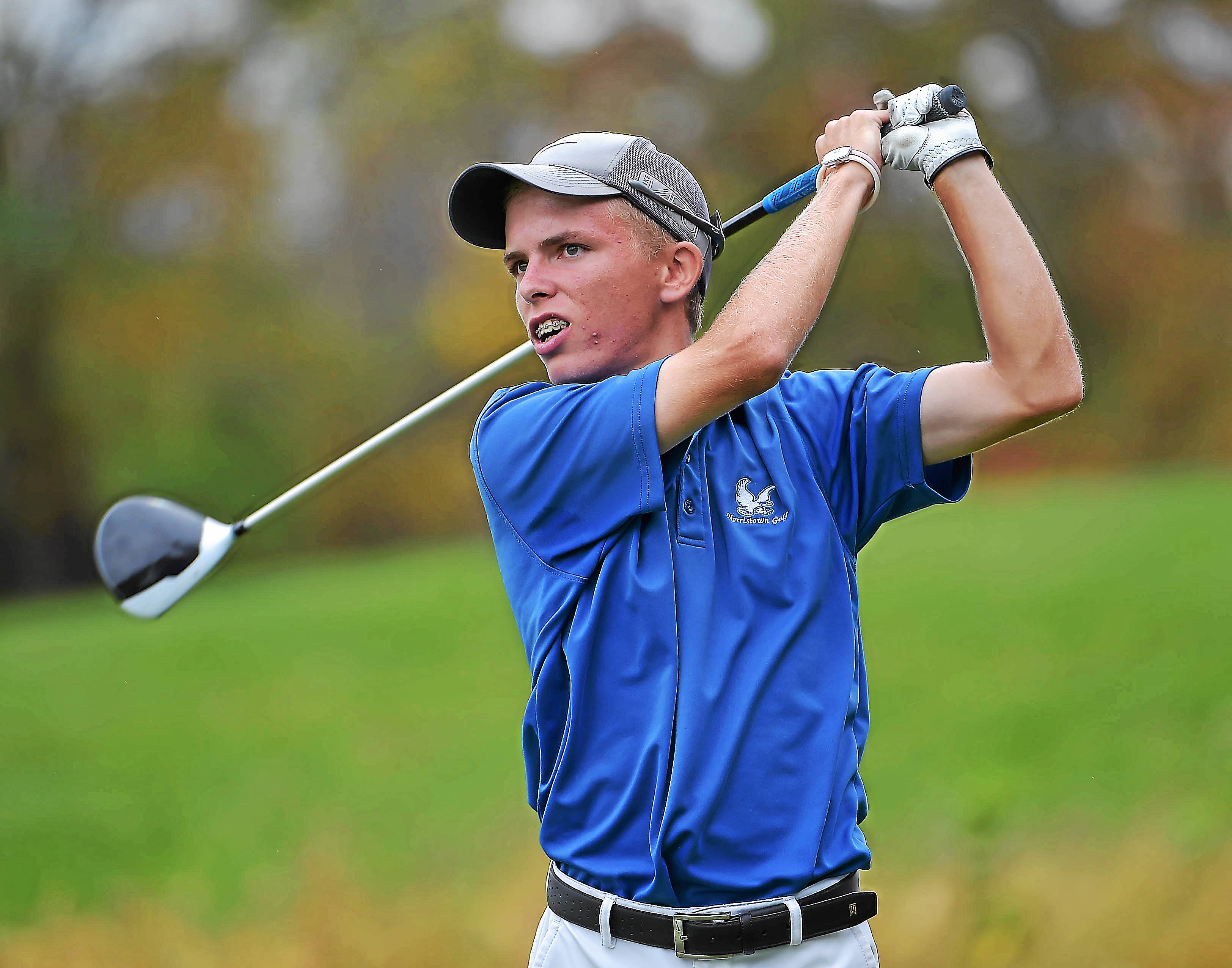 DOUGLASS >> Caleb Ryan took the No. 1 position on Norristown’s golf team when he started his sophomore season.

Now a senior, Ryan has yet to lose a head-to-head match. His latest win was a one-stroke victory over his Boyertown counterpart Thursday afternoon at Hickory Valley Golf Club.

“I felt a little pressure coming down the stretch today,” he said. “It was a little tight there at the end, but I was able to squeeze it out again, which was good. It’s been a fun three years and I take a lot of pride in (being undefeated). It’s been really fun.”

“He’s undefeated taking the best shot every team has to offer,” Norristown coach Ian Morris said. “Whether it’s stroke play, tournament play, whatever the case may be he is dialed in it seems to be 100-percent of the time.”

Ryan is off to a 5-0 start this year after finishing 19th in the state in 2017 as a junior. He set his sights on getting back to states this year.

“The way he’s striking the ball right now and his consistencies with his irons,” Morris said, “he’s a threat to go two, three, four-under par on any nine holes on any course today.

That’s exactly what Ryan worked on heading into the 2018 season. He played in 30 to 40 tournaments during the summer and focused on improving his putting game.

“It was a lot of golf,” Ryan said, “a very busy summer. I played well. I was working on the flatstick all summer and I got it better towards the latter end for the big tournaments, which was good. I played well. It was a good summer.”

In addition to putting, Morris noted that Ryan improved the distance on his drives heading into his final high school season.

Ryan is still in the decision-making process for where he will continue his education and college career next year. He wants to stay on the east coast.

Despite Ryan’s success, Norristown is off to a slow start this year. The team was 0-4 heading into Thursday’s meeting with Boyertown.

“We’re doing OK,” Morris said. “We haven’t won a match yet. We’ve been very competitive in several matches. We have Caleb. We have his brother Josh (Ryan), who’s a terrific player. We have a PJP transfer in Mike Romano who’s a solid player. After that the guys are new to the game, so they’re inexperienced and with that comes growing pains.

“We’ve been very competitive. We do expect to win some matches as the year goes on. We’ve had a little bit of bad luck here and there, too. Sometimes for a team like us that is front-loaded as far as talent is concerned you get a couple breaks and we haven’t gotten them quite yet this year.”