Sherman, Coatesville shut out Hatboro-Horsham in District 1-6A second round 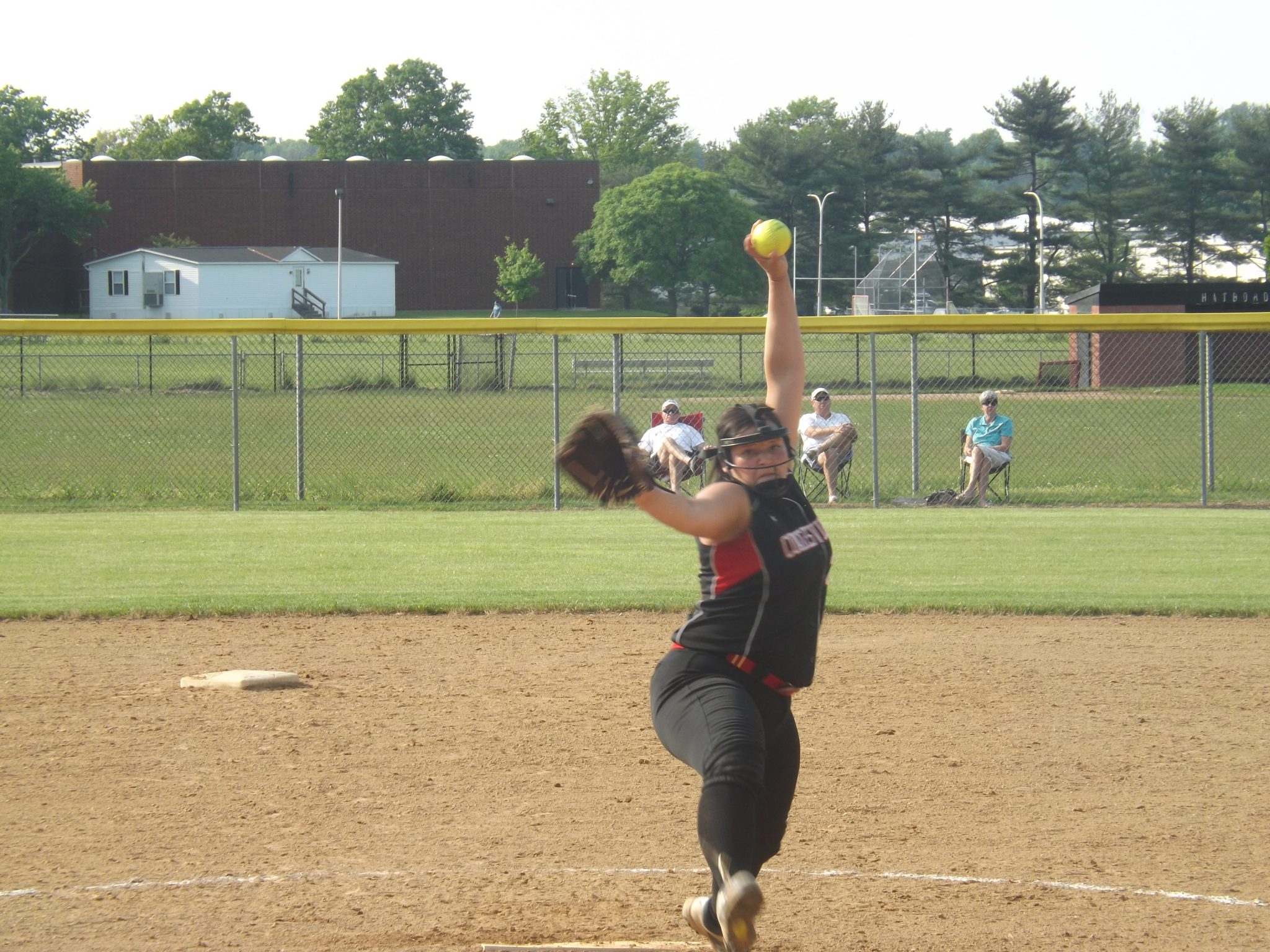 Coatesville pitcher McKenna Sherman winds up during the Red Raiders' District 1-6A second round game against Hatboro-Horsham on Wednesday, May 23, 2018. (Stephen Godwin Jr./For Digital First Media)

HORSHAM >> The Coatesville softball team started fast and junior pitcher McKenna Sherman threw a complete-game shutout to beat the Hatboro-Horsham 6-0 in the second round of District 1-6A playoffs Wednesday evening at Haboro-Horsham high school.

Three of the first four Red Raiders singled with two strikes to start the game.

Payton Landis was the third to do so and collected two RBIs with her swing. She was 2-of-3 at the plate with a walk, including two RBIs. The other standouts from Coatesville were Ella Vetter who was 2-of-4 and Maddie Fleming, who was also 2-of-4 with a pair of RBIs.

“I just tried to go up there and hit the ball and not think about it too much,” Landis said. “I just  wanted to make contact and score runs.”

Sherman pitched a complete game, limited the Hatters to three hits, struck out one and walked one. The junior did not collect many strikeouts, but only six of the 24 batters faced sent their balls out of the infield.

“It was typical McKenna,” Coatesville coach Bill Mendenhall said. “She had only one strikeout, only gave up a couple hits, but at the same time she is always around the plate. She only hit one batter and walked one. That has been her strength this year. She has walked very few people. That it what we have seen all year from McKenna. She is not going to give you a lot of strikeouts and she is not going to give up a lot of walks. She relied on her fielders and they really stepped up today.”

Coatesville’s Maddie Fleming (25) follows through on a sacrifice-fly swing in the third inning ​against Hatboro-Horsham in their District 1-6A second round game playoffs on Wednesday, May 23, 2018. (Stephen Godwin Jr./For Digital First Media)

After Hatboro-Horsham found itself in a 3-0 hole out of the shoot, two of its players reached with one out.

The threat was quickly extinguished as Sherman got the next two batters to fly out.

Hatters’ pitcher Mikayla Fedele took the mound through the first two innings. She was lifted in the third inning after giving up back-to-back singles.

Grace Daniels took over after playing the outfield and promptly loaded the bases.

Three more runs would come across the plate for Coatesville. Fleming, Phoebe Clemens and Dana Henry collected the RBIs.

Daniels settled down after that and was lights out.

After her wild start, Daniels struck out five, gave up three hits and walked one.

“I think that knowing that I had a team behind me really helped a lot,” Daniels said. “All of the cheering really helped.”

The pace of the game slowed down from there.

The batters went down in order five times after the third inning for both teams combined. The four hits were spread across four innings and the only walk came in an otherwise uneventful inning.

The seventh inning or rally inning lacked intrigue as Sherman finished off the Hatters.

Coatesville now moves on to play North Penn in the district quarterfinals Friday.