McNichol opts to step down at Notre Dame 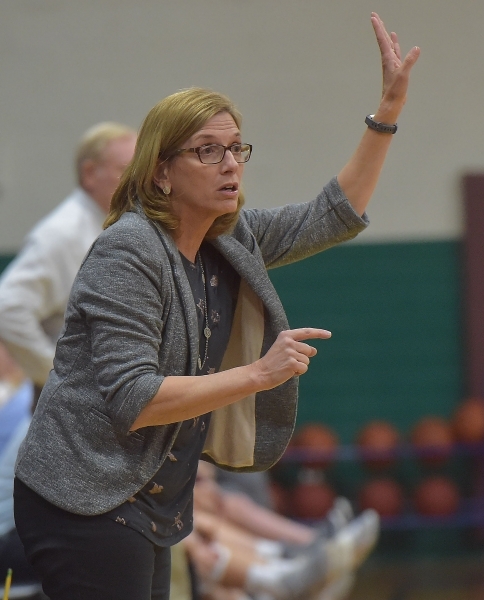 Mary Beth McNichol, a 500-game winner and member of the Delaware County Athletes Hall of Fame, resigned from her position as head coach at Academy of Notre Dame De Namur.

McNichol officially resigned from her position last Thursday. The all-girls private school, located in Radnor, announced in a press release Monday that McNichol “recently announced her resignation after a season in which she achieved her 500th win as Head Basketball Coach at the Academy of Notre Dame de Namur.”

The Daily Times could not reach McNichol for comment Monday. For nearly three decades, McNichol has been responsible for leading one of the winningest girls basketball programs in the county.

“Mary Beth has had a major impact on Notre Dame’s basketball program for the past 27 years,” athletic director Ben Davey said in the press release. “We are grateful to Coach McNichol for her leadership and dedication to her players and the sport.”

One of the most respected high school coaches in Southeastern Pennsylvania, McNichol has coached 36 players who have moved on to Division I, II and III college basketball programs. She has coached several All-Delco players and 11 1,000-point scorers.

McNichol’s husband, Terry, was the boys basketball coach at Haverford High School and assistant coach for the Haverford College men’s program. Her daughters, Kylynn and Kacy, have gone on to have successful coaching careers in the Central League. Kacy recently finished her second season at Harriton, while Kylynn has won both a District 1 and Central League championship in four seasons at Springfield.

“Just a lot of memories of players, coaches, games and seasons keep coming back,” McNichol told the Daily Times after her 500th victory. ““I wouldn’t be here without all of those special people and my family.”

McNichol was a star high school player at Archbishop Prendergast. She went on to enjoy a remarkable collegiate career at Villanova University, where she is a member of the school’s Athletics Hall of Fame. McNichol was inducted into the Delco Athletes Hall of Fame in 2016.