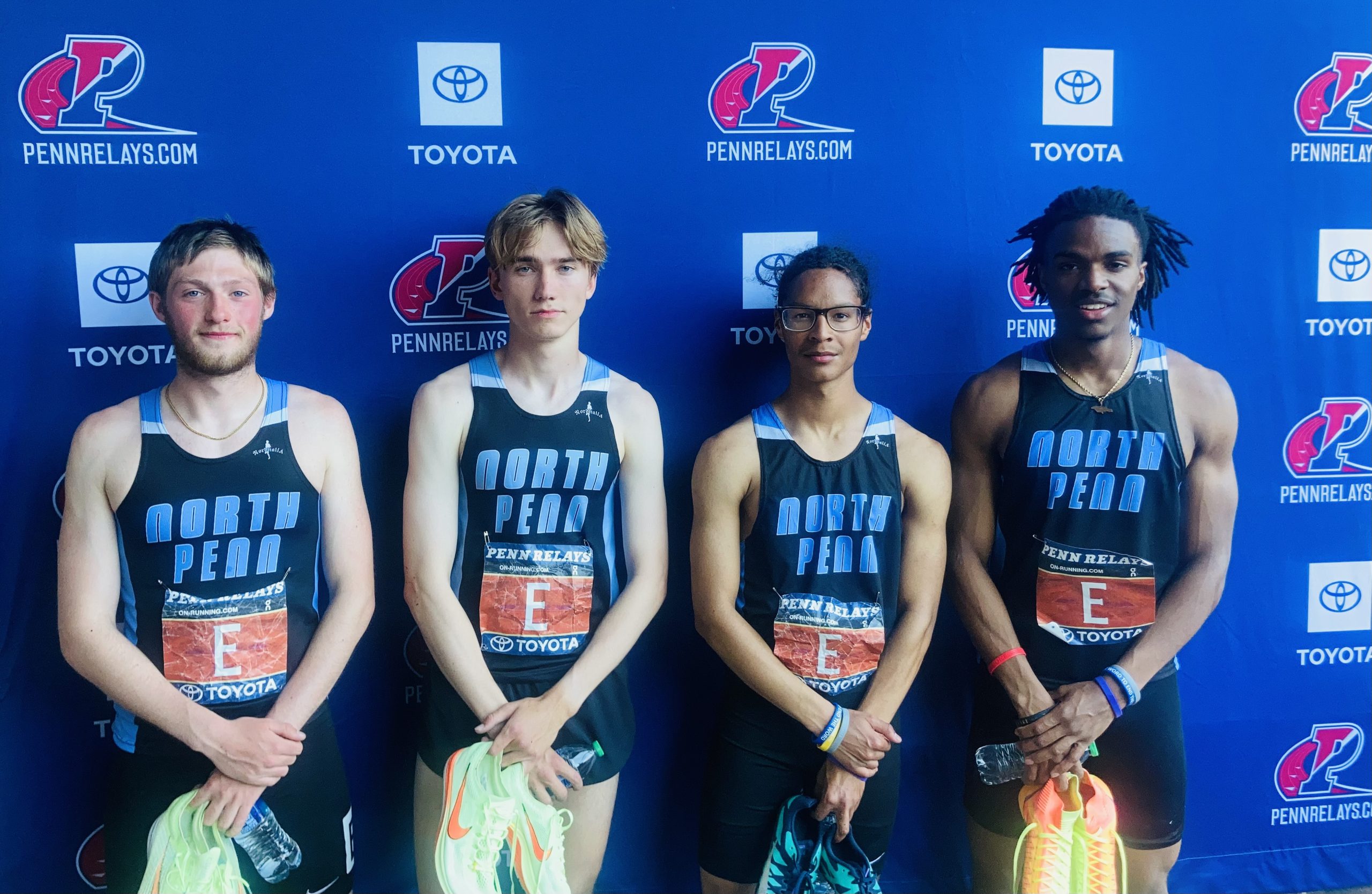 PHILADELPHIA >> North Penn faced the beast and did not back down.

“Running in a race like this…anything we do from here will be no problem,” said the Knights’ Devin Nugent. “Because we all felt confident, knowing what we were going to do. Any meet from here on in will seem a little bit easier. So we’re in a good spot right now.”

The Knights faced probably the toughest competition they will see all season, competing in the 4×800 Championship of America at the 126th Penn Relay Carnival Saturday afternoon at packed Franklin Field.

North Penn held its own.

The Knights were the second fastest team from PA, combining for a time of 7 minutes, 52.70 seconds. North Penn would finish 8th overall in a race that saw Jamaica College run a blistering 7:28.38 for first place.

Going against a stacked deck, North Penn executed its plan and came away with a solid performance.

“It was pretty good. Our coach (Jay Jones) just told us to come in and compete and not really worry about anything else,” said the Knights’ Gavin Zanck. “And I think we executed really well with just that.”

Qualifying for the relays is tough enough. The Knights then had to make it out of Friday’s qualifying heats, and they were one of the elite 12 to emerge out of the pool of 67 squads and qualify for Saturday’s COA.

Nugent ran the second fastest leadoff leg with a 1:55.91, sticking side by side with Jamaica College’s Omarion Davis (1:55.08).

“The atmosphere here is great,” said the Knights’ Anthony Ayala. “You can feel the excitement everywhere. And I like that.”

Nugent, Ayala, Colin Fisher and Zanck shaved six seconds off their prelim time from Friday, when they ran a 7:58.94.

“It’s a great experience,” said Fisher. “It’s great to prepare us for what comes next, and that’s districts and the state championships.”

Later in the day, Central Bucks West raced to first place in the Philly Area 4×4, with a team of Tekalegn Leaf, Conor Salmon, Noah Gartenberg and Carter Fitzgerald recording an impressive 3:20.44.

La Salle’s 4×4 foursome of Ryan Perre, Connor Goldfarb, Marco Indelicato and Will Rau raced to fourth in 3:29.35 in the Philly Catholic 4×4 earlier on Saturday.

Also in the race, Archbishop Wood was just behind in fifth, with a team of Dylan Cappiello, Dominic Petruzzelli, David Piotrowski and Gary Martin. Martin, who set the mile record on Friday, anchored the Vikings to a finish of 3:31.55.

In the Suburban American race, Wissahickon raced to a second-place finish in 3:26.76. The Trojans were comprised of Grayson Ruffner, Brenden Haines, Rowan Aten and Chase Bethea.

William Tennent raced to fifth in the race, with a team of James Richie, Christian Huslin, Liam Gibson and Matt Richman going 3:28.36.