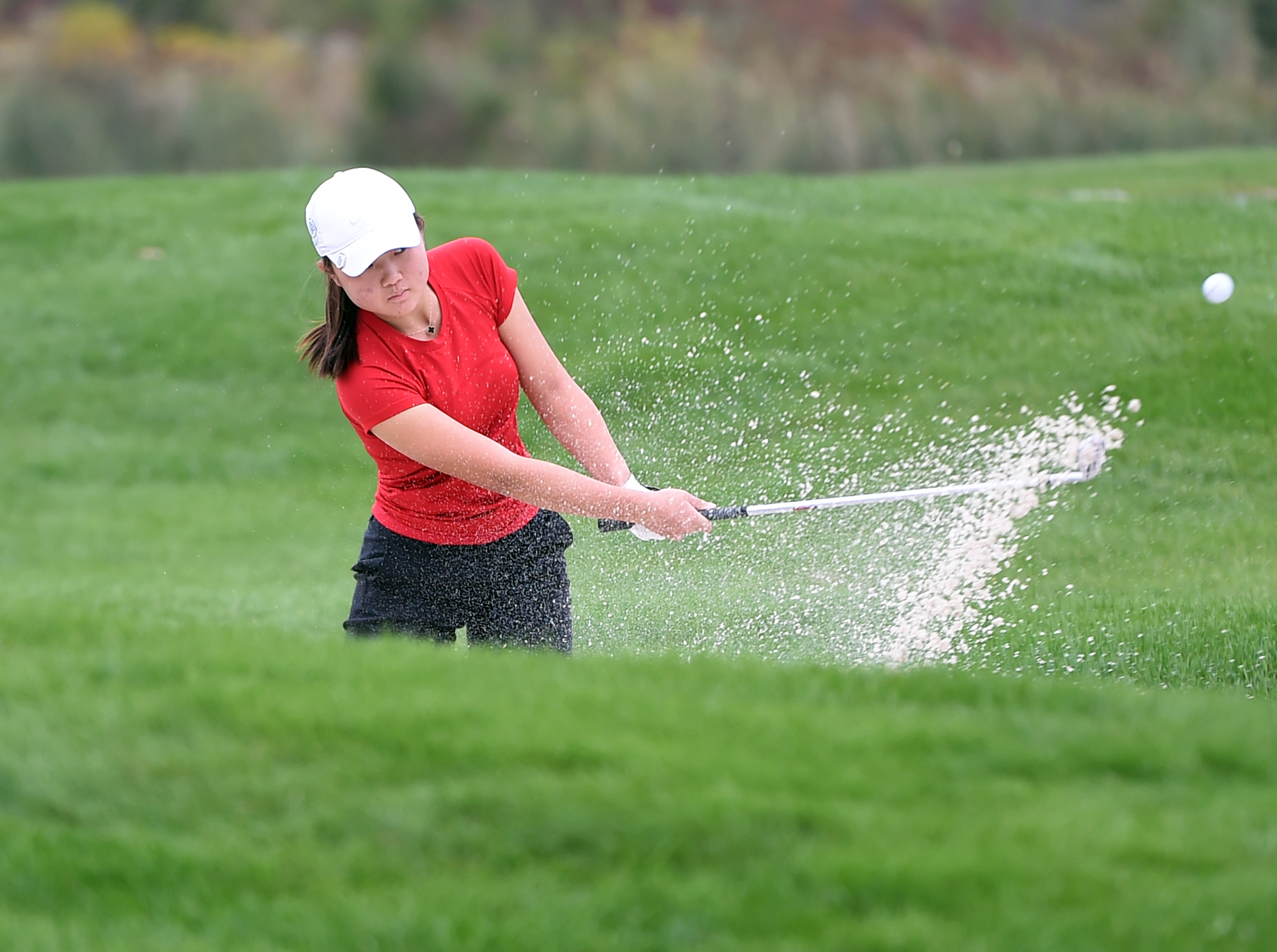 VICTORIA KIM, senior, West Chester East – The 2020 Daily Local News Player of the Year, Kim had another strong season this fall. As an individual, she placed third overall in the state thanks to a 3-over 75 at the PIAA Championship. Kim also registered top-5 finishes at both the Ches-Mont (fourth) and District 1 (fifth) tournaments. “She was a reliable and consistent player who always shot one of the top scores on our team while playing with the boys,” said her coach Mike Orenshaw.

MIA PACE, sophomore, Downingtown East – A key piece on a Cougars squad that captured the PIAA 3A State Championship. Pace boasted a 75.8 scoring average in tournament action, including a sixth place finish as an individual in the PIAA Tournament with a 78. She was also seventh in the district and third in the Ches-Mont tournaments. “Mia overcame a somewhat slow start to her season, which turned around after a bogey-free 2-under par round versus C.B. East,” said East head coach Matt Grinwis. Pace shot a season-best 71 to place second at the Valley Forge Girls Classic and was the runner-up at the Hershey Invitational.

MARY GRACE DUNIGAN, junior, Unionville – With a second place finish in the Ches-Mont and in District 1, Dunigan firmly established herself as a premier player in the region. Her season scoring average was 36, and perhaps her finest outing came at districts, where she shot 4-under-par. At the state meet, Dunigan tied for 14th with an 80. “(Dunigan) was a fantastic leader both on and off the course,” said Longhorns’ head coach Joe Sudimak.

KAITLYN FERRER, junior, Unionville – Ferrer made great strides during the season and performed at her best at the tail end of the campaign. The junior placed in a tie for fifth at the Ches-Mont Championship and then followed it up with a top-15 finish at districts. Her season average was 41. “Kaitlyn improved over the season to shoot an even-par36 in our last match of the season,” said her coach Joe Sudimak.

SILVANA GONZALEZ, junior, Downingtown East – Another key contributor for the state champs, Gonzalez had a season scoring average of 81.6. She logged a seventh place finish in the Ches-Mont meet and then was 16th in District 1 with a 79. Gonzalez also added a pair of top-three placings at the Hershey and Lady Hatter invitationals. “Silvana has dedicated herself to the game over the past two years and was the key third counting score for the team at both districts and states,” said her coach Matt Grinwis.

Coach Of The Year

Just a decade into the program’s existence, the Downingtown East girls’ golf squad accomplished so much during the 2021 season, it will be impossible to surpass. Under the guidance of head coach Matt Grinwis, the Cougars culminated the campaign by capturing the PIAA 4A State Team Championship.

Along the way, East went undefeated in dual meets, unseated the defending state champs from Unionville as the Ches-Mont title winners, and then collected the District 1 crown.

“Every time we stepped on the course with another team, nobody was able to shoot a lower score than our team,” said Grinwis, the Daily Local News Coach of the Year.

The Cougars have come a long way since the girls’ program debuted in 2011. In 2012, Grinwis joined the coaching staff and he just completed his sixth season at the helm.

“I remember my first day at tryouts, the girls would stop in the middle of a hole and take pictures of a butterfly that was on the golf ball,” Grinwis laughed. “Now we have quite a bit of a different atmosphere.”

In addition to senior Ava O’Sullivan – the Daily Local News Player of the Year – the Cougars had two first team all-area selections in junior Mia Pace and Silvana Gonzalez. Maria Crowe and Ava Lichok were named to the second team.