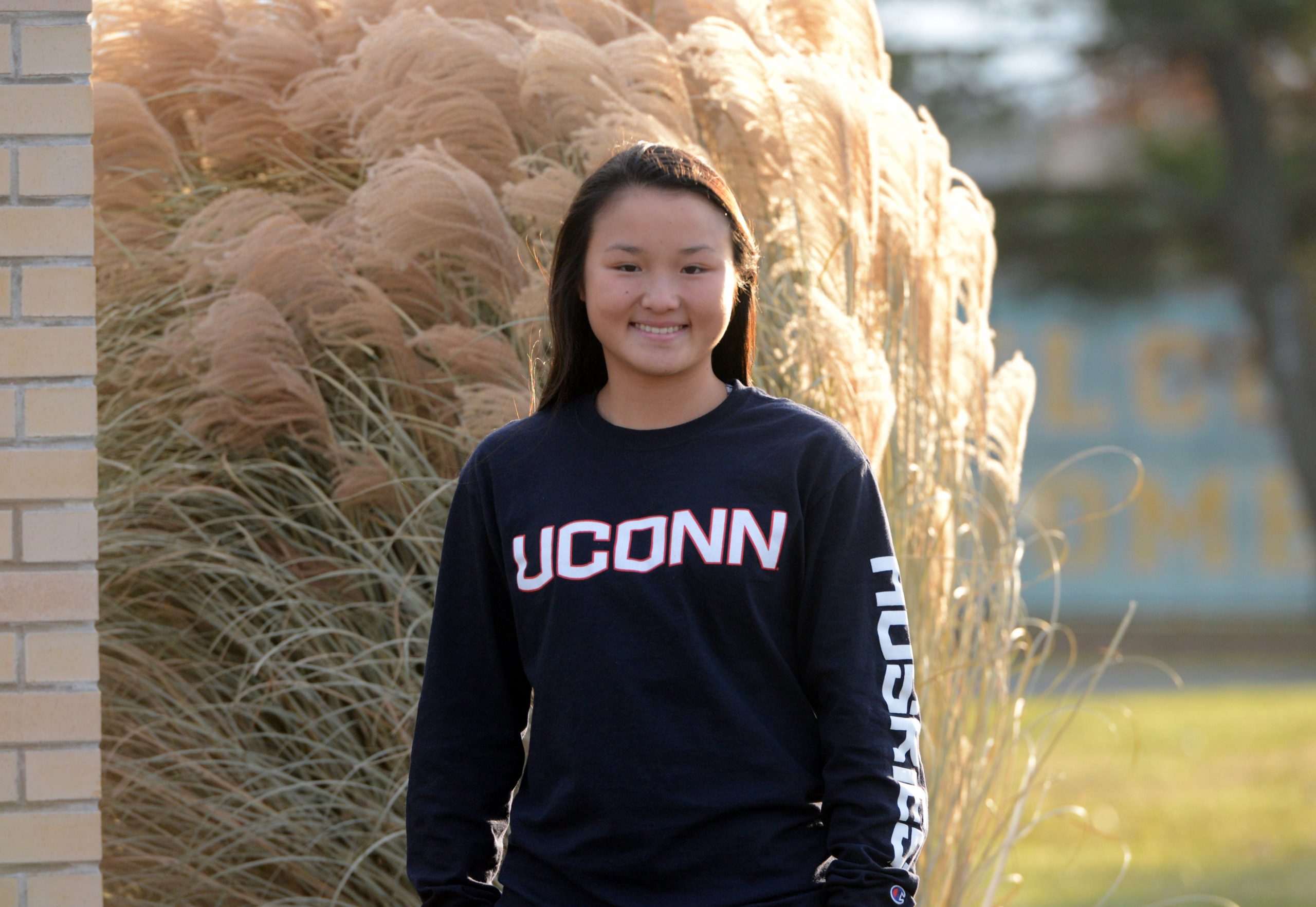 The unselfish play of the Upper Perkiomen field hockey team drew admiration from many this season — sometimes even from the opponents’ sidelines.

More than once a junior varsity player or manager on the opposing team marvelled at the Indians’ tic-tac-toe passing combination or finding an open teammate for an easy assist.

Involved in seemingly every one of those plays was Upper Perk senior AiYi Young.

“She’s a very instrumental player,” Upper Perk coach Jamie Warren said. “She can basically play anywhere on the field, and she doesn’t overtake the play. She directs it. She steps up when she needs to step up, and she’s done that for us in a lot of key games, but she just plays with the team. She’s a player that puts the team first, and she blends.”

Warren said Young’s style of play “trickles down” to the rest of the Upper Perkiomen roster. The team emphasized building a strong group bond off the field in preseason, then displayed that connection on the field as well.

Young’s impact went beyond her 12 goals and 19 assists as the team-first approach of Upper Perk’s star set the tone for the Indians’ unselfish attitude that carried it to a Pioneer Athletic Conference title and deep postseason run.

“I always try to look for good passes because I like to look up and view who’s open, so I can put them in a better position to score,” Young said. “Sometimes my mom says I’m a little too unselfish, but I always like to put people in better spots.”

“The team as a whole this year was very unselfish and that helped us go as far as we did because we used each other a lot,” she added. “That was really awesome to see the connections.”

It’s hard to pick out a moment from Young’s senior campaign to define her brilliance.

Just in the team’s run to the District 1-2A championship game, she tallied two overtime game-winners.

Young’s goal with 5:17 left in overtime helped third-seeded Upper Perkiomen stave off an upset from 14th-seeded West Chester Henderson for a 2-1 win in their District 1-5A opener.

“You want to go to your big players at big moments in the game,” Warren said. “I think she just knows when to do it. ‘Whoa, I’ve gotta do something here.’ And then she makes it happen.

“Whether she sets up her teammate for a beautiful score…or whether she goes ahead and takes the shot herself, I think she has the game sense, and the competitiveness and just the insight to know, ‘We’ve gotta do something here.’”

While the district title game appearance and a state playoff win over Archbishop Carroll were milestone accomplishments, Upper Perk’s primary objective when it began its season was to hold up the Pioneer Athletic Conference championship plaque — something the team had not done in eight years.

Young had a hand in all three of Upper Perk’s goals in its PAC playoff contests. She assisted on Ashlyn Gatto’s goal in a 1-0 victory over Perkiomen Valley in the semifinals Oct. 15. Two days later, Young assisted on Jenna Fiorito’s first-half goal against Owen J. Roberts. Young later answered OJR’s game-tying goal with the eventual game-winner in the game’s final minutes for a championship victory.

“I think it’s her grit,” said Upper Perk assistant coach Amanda Young, who is also AiYi’s older sister. “I think it’s just the type of player she is. It’s kind of hard to put into words. She’s selfless, but then also has that raw talent to be able to build a play and make something happen.”

Young primarily plays defense for her XCalibur Field Hockey Club team, but she was used all over the field for Upper Perk.

After helping Upper Perk get ahead in the PAC semifinals and championship game, Young dropped back to play defense to preserve the wins.

As Upper Perk defended multiple PV and OJR corners in the final minutes Young was back in the cage defending. Her clearance with no time left sealed the championship victory.

“With all the other seniors, we wanted to win the PACs ever since we were freshmen,” AiYi Young said. “We came so close every single time. This year, we were like, ‘We’re not losing.’ We came together as a team and we were like, ‘We have to leave everything on the field.’ So that’s what we all did.”

Young made an immediate impact when she stepped onto the field at Upper Perk.

She is the only senior to appear on the Mercury All-Area first team all four years of her career. She committed to play at the University of Connecticut during her sophomore campaign, officially signing her National Letter of Intent earlier this month.

While always one of Upper Perk’s top players, Young said most of her leadership came by example in previous seasons. She started to develop her voice as a junior. Her sister challenged her to be even more vocal as a leader this season.

“I knew coming into this season, I needed to step up, especially as a leader,” Young said. “I not only had to show that through hard work and during practices in games, but also being a leader on the field and helping others up.”

Young was a first team all-state selection in 2017 and 2018. She finished her high school career with 57 goals and 52 assists.

Upper Perk’s unselfish star will head to UConn next season, where she’ll likely continue to raise the play of those around her.

“She’s very humble. She listens. She’s very coachable, and she just has great vision,” Warren said. “She makes everyone on that field a better player.”

“I can see her progressing and hopefully one day playing for the U.S. team,” Warren said. “When she sets her mind to something, she can do it.”