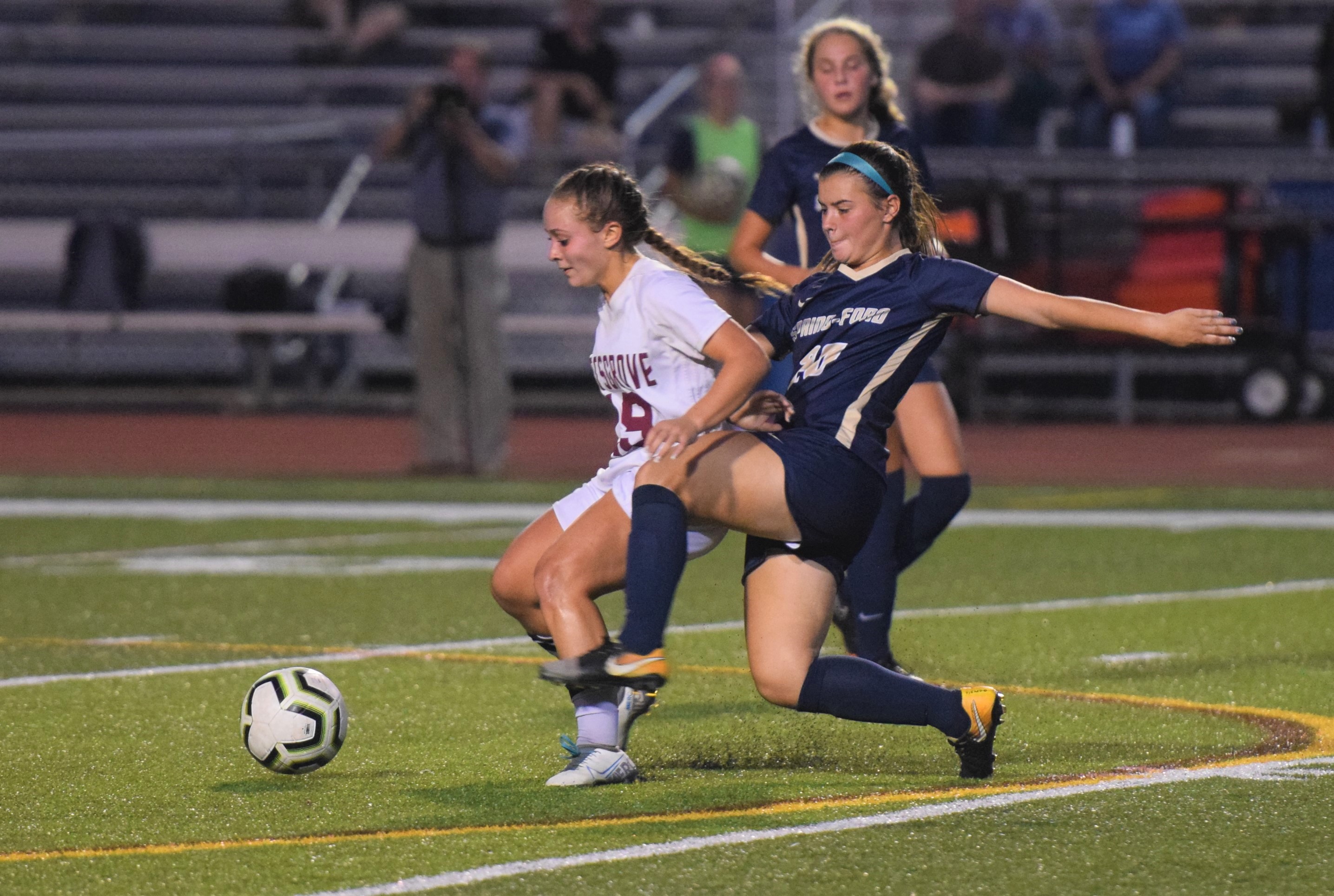 Top seed and Liberty Division champion Boyertown meets No. 4 Upper Perkiomen in Wildcat Stadium while No. 2 and Frontier champion Pottsgrove faces No. 3 Spring-Ford on Wildcat North.

Bears at a glance >> It’s hard to find a negative to say about Boyertown’s regular season. At 17-1 and gaining steam, the Bears are brimming with potential. Junior Camilla Kuever, a German exchange student who is a member of the U16 national team, has completed the puzzle for the Bears, her playmaking ability shouldering a load that has allowed her teammates to be their best selves. Pacey junior forward Samantha Goffice leads the line along with junior Kayley Mattis and freshman Samantha Devlin. Senior Madison Monka pairs well with Kuever in the midfield while junior Mikayla Moyer and senior converted forward Emma Elwell lead the defense in front of goalkeeper Madison Gallagher. The Bears have allowed scored 64 goals and allowed only 15 to date.

Indians at a glance >> There was some preseason sentiment that Upper Perk could be the team that completed the Final Four picture and the Tribe fulfilled that belief with a 13-win regular season, tied for the most in program history. Four-year starting goalkeeper Hannah Landis and her 10 shutouts are the anchor piece of a team that has found success through its defense (15 goals allowed). Leading scorers are senior Avery Diehl (7 goals) and juniors Bryanna Marinari (7 goals, 5 assists) and Emily Schaut (6 goals, 4 assists) and sophomore Hannah Keeney (10 assists). Nine of Upper Perk’s 15 rotation players are underclassmen, including six freshmen.

Matchup >> The 2-1 overtime result in their one meeting this season bodes well for Upper Perk. But Boyertown has found the next gear since mid-September, scoring at a rarely seen rate: the Bears have scored four or more goals in seven of their last eight matches. It’s strength versus strength with Boyertown’s dangerous attack opposing Upper Perk’s sturdy defense.

Prediction >> It’s hard to see a scenario where the Indians can keep up with the Bears in present form … Boyertown 3, Upper Perkiomen 0

Head-to-head >> Spring-Ford defeated Pottsgrove 4-2 on Sept. 10, rallying from 2 goals down in the first 10 minutes.

Falcons at a glance >> Pottsgrove followed up last year’s breakout campaign with another unbeaten run through the Frontier. Senior forward Skylar Glass has 16 goals and 6 assists while Hailey Strain (9 goals, 3 assists) has taken some of the scoring burden off Glass. The midfield features Emily Vishio (6 goals, 3 assists), Avery Makoid and Lexi Zook. Defensively, Becca Delp and Lana Sorg pair at center back in front of goalie Summer Walker (8 shutouts).

Matchup >> With 11 goals in their last two meetings, don’t expect a cagey 1-nil game here. Pottsgrove must find a way to match the speed and skill of the Rams’ midfield and not allow them to get rolling. Spring-Ford will have the better of possession, but needs to limit the counterattacking ability of the Falcons.

Prediction >> Pottsgrove has proven it can keep pace with Spring-Ford in their recent meetings, but it’s going to be hard – maybe too hard – to get beyond the scars of falling short to the Rams their past two meetings … Spring-Ford 2, Pottsgrove 1 OT