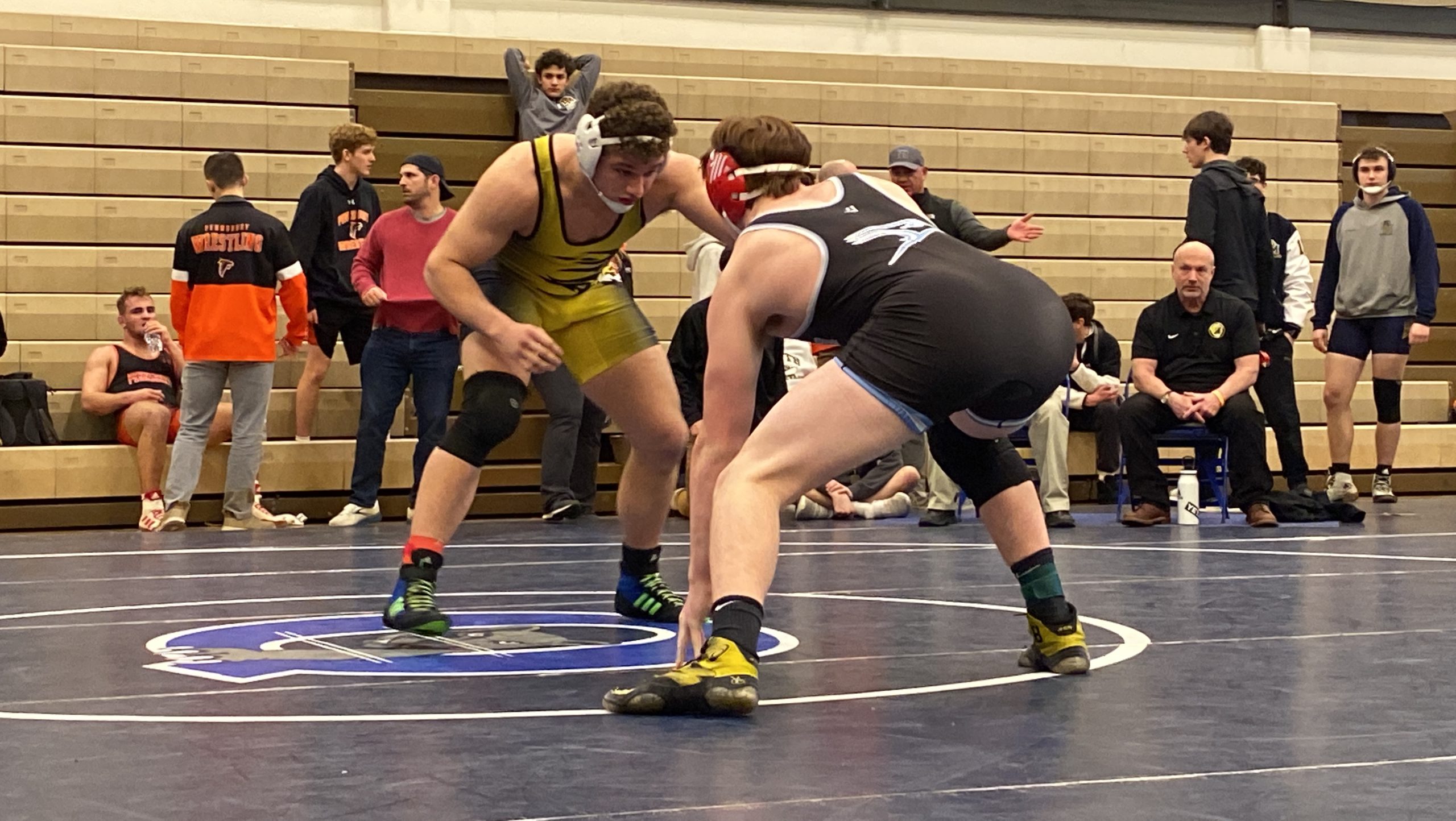 It was a strong season for the Faith Christian wrestling team and that is reflected in the 2021-2022 The Reporter/Times Herald/Montgomery Media 2021-2022 All-Area Wrestling Teams.

Six Lions, who all advanced to the PIAA Class AA Championships, earned first-team selection, including senior Eric Alderfer, who earned Athlete of the Year for the second consecutive season after placing second at states at 145.

Three other Faith wrestlers came away from Hershey with medals – freshman Gauge Botero was third at 113, senior Leo Muzika took fifth at 285 and freshman Max Stein placing sixth at 132. The Lions came in third in both the South East AA Regional and PIAA team standings and also won the District 1/12 AA Duals title.

Central Bucks West Carl DiGiorgio had the best local finish at the PIAA AAA Championships, the senior placing fourth at 215 for his second career state medal. DiGiorgio, who finished 37-4 on the season, also won his first District 1 and South East Regional titles, becoming the first West wrestler to take regional gold since 2015.

Also reaching states in 3A from the all-area first team were North Penn senior William Morrow – who took second at regionals – at 152 and Souderton senior Erick Dominguez at 138.

Pennridge won its first league title since the 2014-2015 season as the Rams claimed the SOL Colonial crown going a perfect 5-0 in division dual meets. Springfield-Montco was 4-0 in SOL Freedom dual meets as the Spartans secured the division title.

106: Teague McCormick (Sr., Central Bucks West) >> Finished 27-11 and qualified for the PIAA-3A South East Regional for the second time in his career. Placed third at District 1-3A East Tournament and took first place at the SOL Colonial Division Championships.

113: Gauge Botero (Fr., Faith Christian) >> Advanced to the PIAA-2A semifinals and capped his freshman year by placing third in Hershey. Finished the season 45-7 and took first at both the District 1/12-2A and South East 2A Regional tournaments, fourth at Escape the Rock, fifth at Powerade and seventh in 120 pounds at Beast of the East.

120: Jake Williams (Sr., Plymouth Whitemarsh) >> Won the District 1-3A South title at 120 and qualified for his second straight South East-3A Regional, where he placed sixth. The PW senior also took second place at the SOL Liberty Division Championships and finished the season 26-8.

126: Chase Hontz (Fr., Faith Christian) >> Ended his freshman season at FCA with a 31-10 record. He qualified for PIAA-2A Championships after claiming first place at both District 1/122-2A and South East-2A Regional tournaments.

132: Max Stein (Fr., Faith Christian) >> Bounced back from losing his opening match at PIAA-2A Championships to win his next four in consolations and ultimately placed sixth at states. He finished with a 35-12 record and also took first at District 1/12-2A and second at South East 2A Regional.

138: Erick Dominguez (Sr., Souderton) >> After winning a Kansas 6A state title as a junior, Dominguez came to Souderton and qualified for the PIAA-3A Championships. He went 33-8 with a second-place finish at District 1-3A North and took fourth at South East 3A Regional.

145: Eric Alderfer (Sr., Faith Christian) >> Earned his second state Reporter/Times Herald/Montgomery Media Wrestler of the Year honors after taking second place at the PIAA-2A Championships. Alderfer qualified for states for the fourth time and medaled at Hershey for the third straight year. Had first-place finishes at District 1/12-2A and South East 2A Regional and also placed seventh at Powerade and eighth at Escape the Rock. He finished the season 36-9 and was 135-33 for his career.

152: William Morrow (Sr., North Penn) >> Had his most wins in a season and qualified for the PIAA-3A Championships for a third consecutive season. Senior placed second at both District 1-3A East and South East 3A Regional tournaments, took first at SOL Colonial Championships and second at Bethlehem Holiday Wrestling Classic. He ended the season with a 36-6 record for a 102-36 career mark at North Penn.

160: Luke Sugalski (Fr., Faith Christian) >> Qualified for the PIAA-2A championships, earning a decision in his preliminary round match. Took first place at District 1/12-2A then placed fifth at South East 2A Regional and ended his freshman season 33-12.

172: Dylan Verwey (Sr., North Penn) >> Went 17-8 in his senior season with a second place finish at District 1-3A East to reach his first South East 3A Regional tournament.

189: Owen Hussie (Sr., Springfield-Montco) >> Earned first place at the District 1/12-2A Tournament as he posted his highest win total in a season, going 32-5 and qualifying for the South East 2A Regional for a third straight season.

215: Carl DiGiorgio, Central Bucks West >> Claimed his second PIAA-3A medal, finishing fourth after earning his first South East-3A Regional title with a pin in the 215 final. Also claimed first district gold in winning the District 1-3A East tournament.  A four-time state qualifier who also placed second at Escape the Rock, DiGiorgio had his highest season win total in going 37-4 to cap his West career at 116-32.

285: Leo Muzika (Sr., Faith Christian) >> Lions senior earned his first PIAA-2A medal with a fifth-place finish. Won District 1/12-2A title for the third consecutive season and took second at South East 2A Regional. He came in seventh place at both Powerade and Escape the Rock. He posted his best season win total, going 35-12 to finish his career at 112-41.