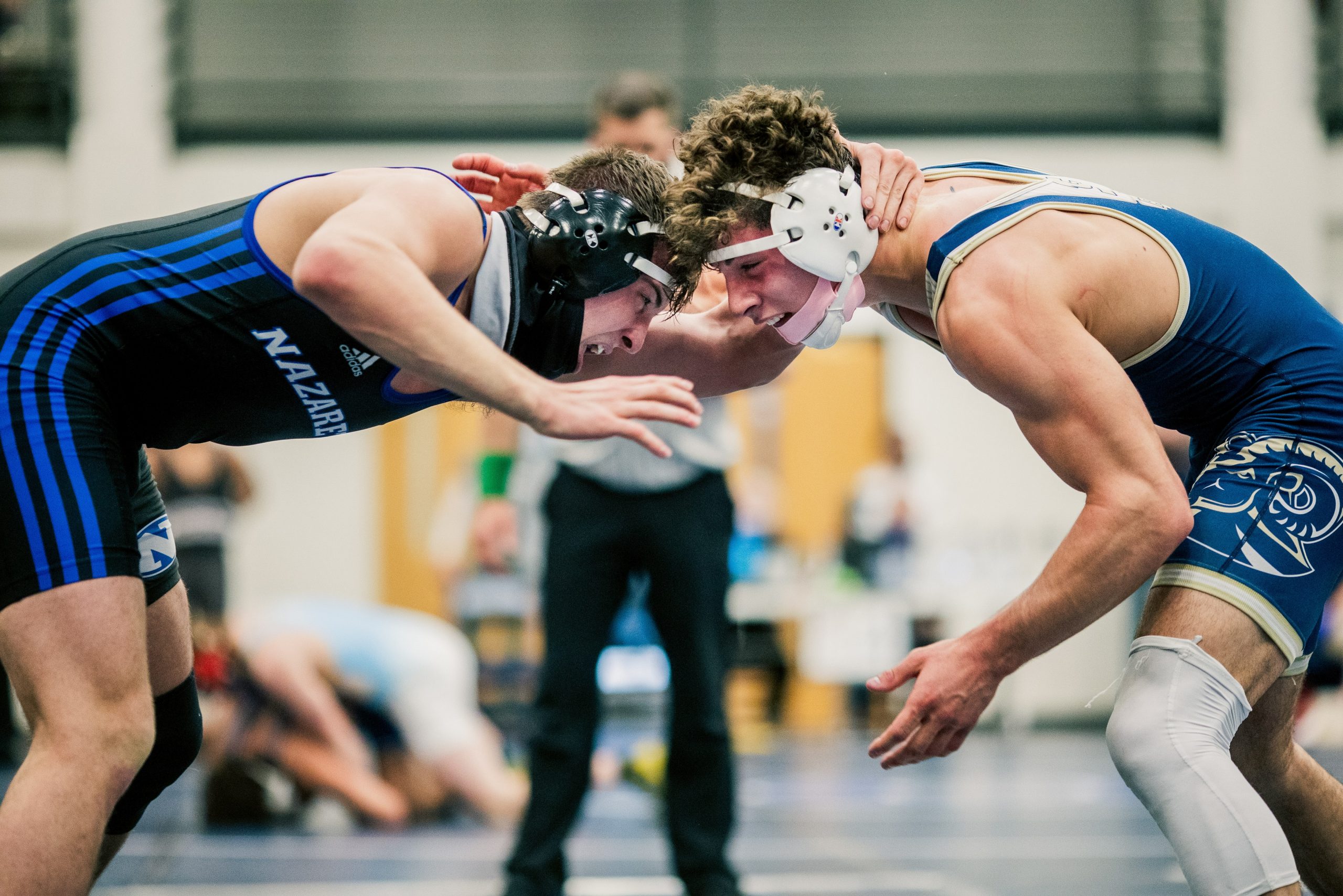 He couldn’t ask for a better tour guide for his first high-school state wrestling tournament.

When Alan Alexander steps out on the mats at Hershey’s Giant Center Friday for the PIAA Class 2A Wrestling Championships, his corner will be occupied by a coach who reached the Pennsylvania medal podium four times in his scholastic career — highlighted by a 112-pound state championship his sophomore year — in PIAA Class AAA competition. The coach, Chris Sheetz, was also instrumental in helping guide 2019 Pope John Paul II graduate Ryan Vulakh toward a 152-pound individual title in 2019, and younger brother Matt Vulakh to an eighth-place medal at 106 that same year.

“I’m surrounded by wisdom in the practice room every day,” Alexander said Wednesday. “He reminds me to wrestle great, and have fun.”

Transferring to PJP from Boyertown, where he reached the South East AAA Regional both years, Alexander relishes the knowledge he will return from Hershey with a guaranteed state medal. He secured that this past weekend, placing fourth in 152-pound action at the East AA Super Regional to become part of the eight-man bracket alongside qualifiers from the West.

“I think it’s an advantage,” he said. “Other years, the mindset is to place first. Now, the goal is to place as high as I can.”

Alexander is 15-4 on the season. His first round opponent is West champion Grant Mackay of Laurel. The sophomore has a 37-3 record.

For two of them, it will offer a fitting finale to their scholastic wrestling careers … individually speaking, of course.

For two others, it’s a chance to lift themselves to a higher-bar level that sets a loftier standard for the rest of their high-school days.

A medal-guaranteed visit to Hershey’s Giant Center for the second part of the PIAA Class AAA Tournament is the reward four Pioneer Athletic Conference grapplers get not just for surviving top-flight competition in 2021, but also the drama and circumstances of the pandemic-impacted campaign.

Spring-Ford’s Jack McGill and Joey Milano, having medaled previously, are shooting for higher steps atop the Giant Center medal podium before taking their mat careers to the collegiate level. as for Boyertown’s Chance Babb and Perkiomen Valley’s Kelly Kakos, securing medal finishes in their first state-level qualification, whatever levels they reach will set the tone for the years to come.

McGill (18-1) will open Saturday against Red Lion’s Ryan Fry (25-4), a senior and West AAA Super Regional third-place finisher. McGill, runner-up at 160 in the East tournament, placed seventh at 152 one year ago after DNP (did not place) finishes the previous two seasons.

Fry is enjoying a breakout season in his final scholastic go-around. He was a 10- and 11-match winner each of his first three campaigns, not getting out of sectional competition.

Milano (15-0) placed fourth in each of his two previous state tourneys. He will shoot for a higher perch at Hershey starting with a 189-pound quarterfinal against Penn Manor’s Colt Barley.

Milano’s perfect senior season, delayed in its start until Feb. 3 while he worked back from medical issues, is highlighted by 189-pound titles at the District 1-AAA North, South East AAA Regional and East AAA Super Regional. Barley (21-3) was champion at 3-AA Section 2 and South Central AAA Regional before coming in third at the South AAA Super Regional.

“I want to get on the podium as high as I can,” Milano said. “The coaches have been pushing me to the end of the season.”

Milano and McGill’s wrestling seasons continue past the Hershey weekend. They and the rest of the Spring-Ford team will be in action at the duals level, starting with the District 1-AAA championship match at home Saturday, March 20.

Babb (14-3) will continue improvement on his state DNP sophomore season against Waynesburg Central’s Cole Homet in the 138-pound bracket. The Bear junior is coming off a third-place showing in the East AAA Super Regional and a silver-medal outing in the South East AAA Regional.

Homet (27-2) was second in the West AAA Super Regional. He previously won his weight class at the District 7-AAA Section 4 and South West AAA Regional.

“I want a medal … to succeed more,” Babb said following his result at the super regional level. “Last year at Hershey was overwhelming.”

At 132, Kakos (17-2) clinched a first state medal by placing third in the East Super Regional. He previously won a second straight District 1-AAA championship and placed second at the South East AAA Regional.

“Finishing high at states will definitely impact my next couple years,” he said. “I’m confident I can make something happen.”