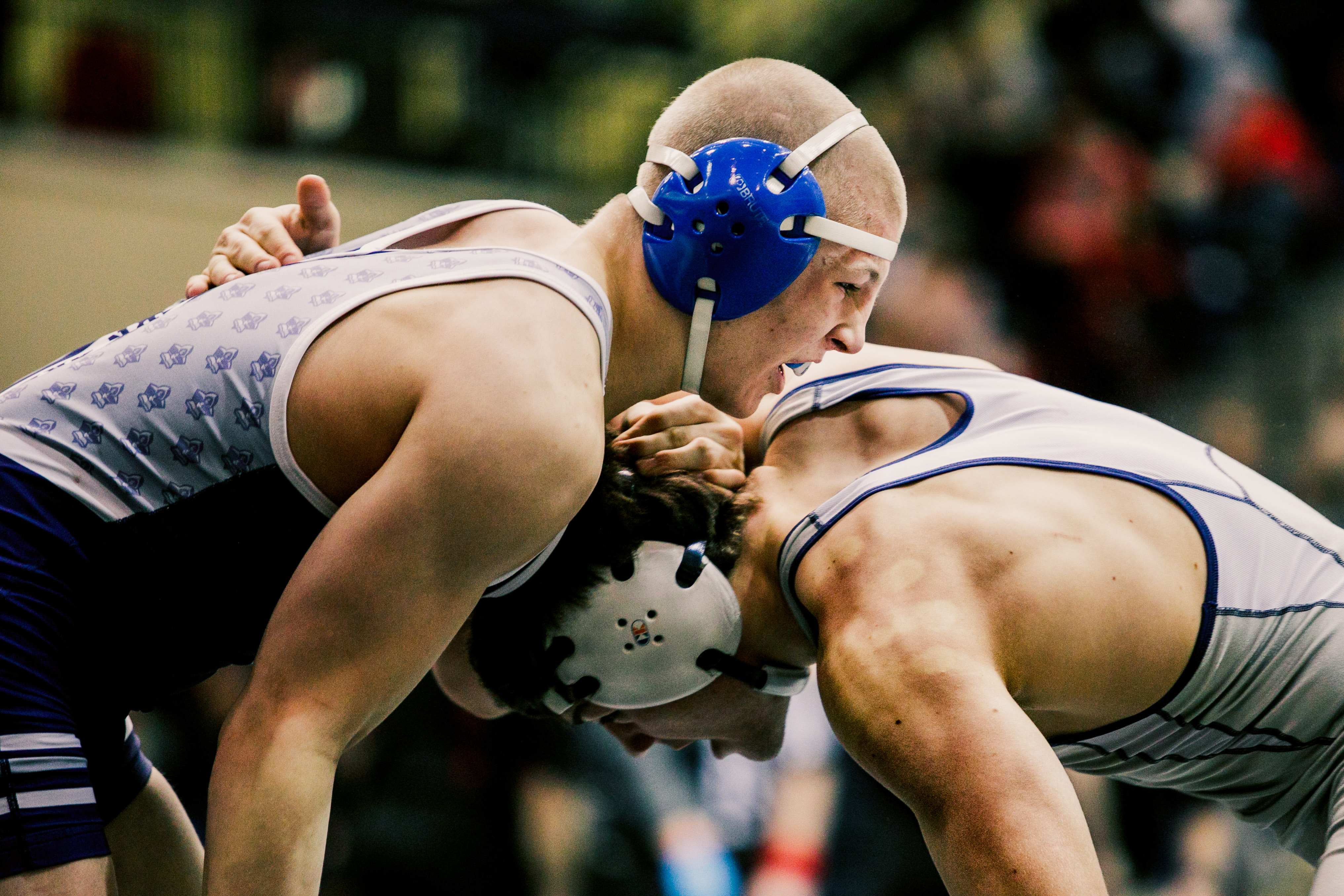 HOLLAND >> There is a rebuilding process going on at Malvern Prep, and while that process is a little easier at the prep school level, the Friars are being refined with trials by fire.

With the likes of Michael Beard and PJ Crane graduated, Malvern’s youth movement has begun, and it appears to have found a new frontman in Nick Feldman (160 pounds).

The freshman went 4-2 in the two-day Escape the Rock tournament at Council Rock South, finishing fourth as one of five Friar medalists.

“It’s really just great experience going out there and having fun,” said Feldman, who lives in the Solanco school district. “It doesn’t feel like a job, yet. I make mistakes and every match I’m working on improving.”

Feldman won his three matches Saturday to set up a semifinal bout with returning Class AA state champion, Thayne Lawrence of Frazier. Lawrence got the win, but Feldman defeated Council Rock North’s Dillon Sheehy in the consolation semis before falling to returning 3A fifth-place finisher, Clayton Ulrey of Lower Dauphin.

In his six bouts, Feldman tallied 18 takedowns, including one against Lawrence and Ulrey.

“He’s improving in all aspects and he’s really good at hand fighting and re-attacks,” Malvern coach Nate Lautar said of Feldman. “He’s aggressive for a freshman and wants to score points. At this level you have to score at all three positions, so we’re working on getting better from the top and bottom positions.”

Junior Dayton DelViscio (113) was the highest placer for Malvern with a third-place finish. DelViscio, a former Penncrest wrestler, reached the semis but saw an early lead disappear against Will Guida of St. Paul’s (MD).

“It was very important to wrestle back, “DelViscio said. “I definitely thought I should be top three and I was glad I did.”

“This was one of his better tournaments,” Lautar said. “He wrestled physical and stayed with what he knows he’s good at.”

Harkins lost a 9-8 decision in the final seconds to Dylan Weaver of Lyndhurst (NJ) in the quarterfinals on Saturday. The West Chester resident won three of four in the consi bracket to go out on a winning note.

“My coaches really helped me a lot (Saturday) night,” said Harkins, who took seventh at this tournament as a freshman. “We had a long conversation about that loss and they hyped me back up to get ready to come back and prove myself.”

Rogers, son of Franklin and Marshall head coach Mike Rogers, is another part of Malvern’s restocking of talent. Rogers lost in the round of 16 to eventual champ, Ryan Anderson of Bethlehem Catholic, but won three straight in the consis, including a win over Council Rock South’s Eric Woloshyn, to clinch a medal.

“This was a breakout tournament for Caden Rogers,” Lautar said. “He beat some really good kids in a tough bracket. It’s nice seeing him improve and he’s only going to get better.”

Senior Henry Hague was not as fortunate, as he was forced to medically default out of the tournament after an injury during his quarterfinal bout against Owen J. Roberts’ Dan Mancini. The Friars were already without Nick Guerreria, who was lost for the season in December.

Still, Malvern finished seventh as a team, just three spots lower than a year ago.

“I’m pretty happy with it,” Lautar said of his team’s placement. “We have a tough schedule and it’s wearing. Our kids keep putting out good results and they’re pretty resilient. They’re exposed to tough competition and they’re not cracking with the pressure. They’re getting better and fixing mistakes.”