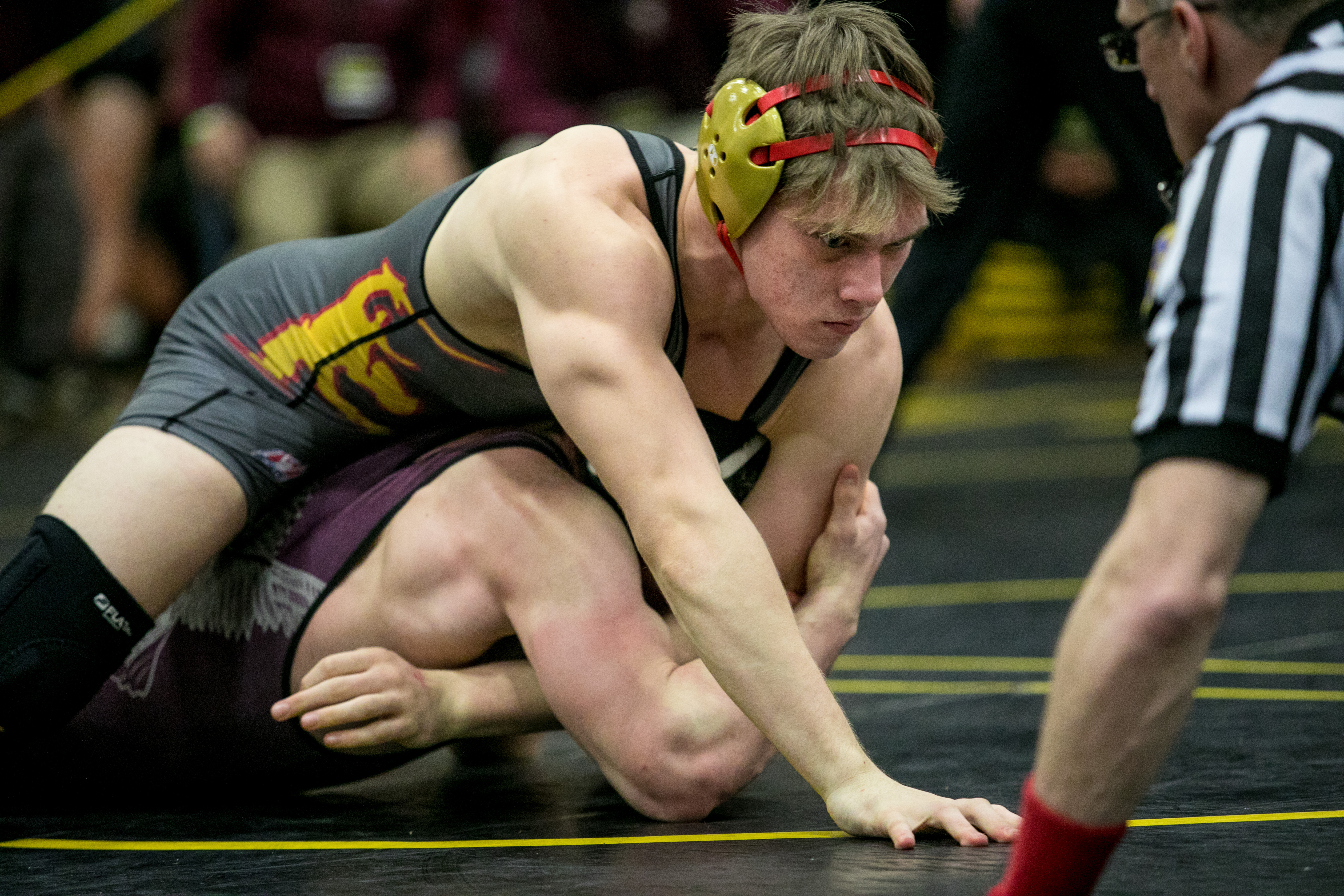 DiBernardo lost to Hale in the league finals the week before, but Saturday at Interboro, the Vikings junior did his part, pinning his way to the District 1-3A West finals. But in an instance, his opponent changed.

Down 2-0 to Hale, Unionville’s Tyler Mousaw loaded up his trademark spladle, pinning Hale in the second period.

“I was practicing all week for Hale,” DiBernardo said. “I was focusing on his double and trying to adapt to his strengths.”

DiBernardo defeated Mousaw at leagues by winning on his feet, and in the unexpected rematch, he was able to do it again, taking Mousaw down four times in a 9-4 victory in the 170-pound final.

“It feels great,” DiBernardo said. “It’s great because Mousaw and Hale are very competitive and we all go back and forth. Each one can beat the other on any given day.”

The Vikings had three top-four finishers to qualify for the Southeast Regional next weekend on a day that the Ches-Mont advanced 52 of the 56 wrestlers, going up against the Delaware Valley  League.

Downingtown West led the way again, winning the team title with nine qualifying. Doug Zapf (120 pounds) was named the Outstanding Wrestler of the tournament with a pin, a technical fall and a major decision.

His 19-7 win over Octorara’s Seth Hoopes in the finals gave him 150 victories for his career.

“I think that it was cool I could get it in the district final and get it over with before regionals,” Zapf said. “I’m happy with that, but it’s just another milestone I guess.”

Zapf will head into his final regional tournament with a chance to further cement his legacy.

“I told myself in the beginning of the postseason to embrace every moment, since it’s my last for everything,” Zapf said. “I still remember being 95 pounds as a freshman and getting (to regionals) and just being happy to get there. I’ve come a long way and I’m looking forward to it.”

Downingtown East finished second as a team and were tied with Rustin for second in champions with two.

Lukas Richie (126) pinned for his second straight district crown and Josh Wileczek (195) came from behind to beat Coatesville’s Alex Raimondo, 7-5, in sudden victory.

Rustin got another title from Tyler Kaliner at 145, and Collin Hurley (160) pulled off a 5-4 win over West Chester Henderson’s Ray Martin in the finals. Martin scored a takedown with under 10 seconds left, but Hurley rolled out and scored a reversal to save his second straight district gold.

“A district title means everything,” Hurley said. “It’s definitely not the main goal we’re working for, but it’s a step in the right direction.”

Also repeating a result from a week ago, Great Valley’s Ethan Seeley (182) was a 9-3 winner over Downingtown West’s Chase Mielnik.

“I felt comfortable against him,” Seeley said. “I stuck to my game plan of low singles and unless he changed his plan, I was going to do what worked.”

Sun Valley’s Hunter Catka (220) won by major decision in the finals against Oxford Sam Blevins, who knocked off Penn Wood’s Dan Dumas and Downingtown West’s Chris Madanat on his way to the finals.