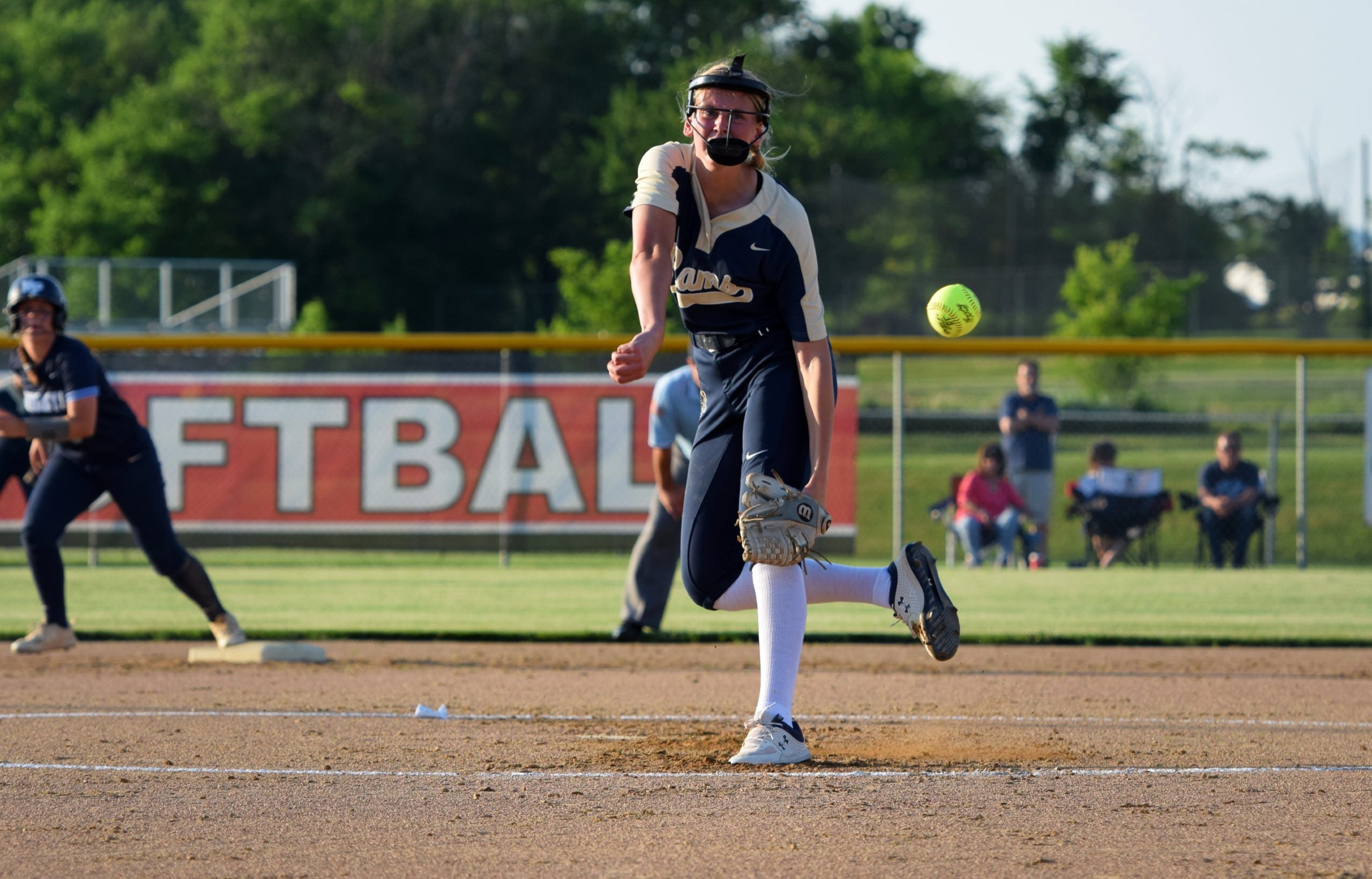 Scogna, Spring-Ford’s senior right-hander, was only going to worry about Shearer, North Penn’s junior lefty, when she faced her as a hitter. Across the diamond, it was the same approach Shearer took – if the Maryland recruit was worried about Scogna, it would only be when the Boston University signee was in the batter’s box.

While they weren’t focused on their individual match-up in the middle of the pitching circle, Scogna and Shearer more than delivered a duel worthy of a PIAA 6A semifinal as Scogna’s Spring-Ford edged Shearer’s North Penn 2-0 to finally reach the state title game.

“We’ve competed against each other earlier this year and in travel but ultimately, it’s not me competing against her, it’s me competing for my team,” Scogna said. “I want to give my all for them because I know they’ll always give their all for me.”

Shearer, who bats leadoff for North Penn on top of throwing every pitch, had a similar approach.

In the District 1 6A semifinals on May 31, it was Shearer and the Knights who got the better of Scogna and the Rams thanks to a seventh-inning outburst that flipped the script on what had been Spring-Ford’s day to that point. Scogna also picked up an injury in that game that the senior has been battling ever since.

Rams coach Tim Hughes wasn’t sure what he was going to get from his senior ace on Monday, despite Scogna’s assurances she was good to go. She would have to prove it early on as North Penn put two runners on with one out in the top of the first inning, prompting the Rams to have another pitcher start throwing.

Instead, Scogna came back with back-to-back strikeouts on North Penn’s No. 4 and No. 5 hitters to end the threat.

It was a big sign to her coach as well.

“That’s a good team, they’re going to hit the ball,” Hughes said. “At that point, it could have gone either way. I went out and checked her, she said she was good. She just took a little while to get going, but she really threw well.”

Spring-Ford got the game’s only runs in the fourth inning. Neither run was earned, meaning Shearer finished her junior season with just six allowed runs all year. The junior struck out eight in the circle.

“She pitched outstanding; I mean, what else could she do? I don’t know how anybody could have expected more from here,” Knights coach Rick Torresani said. “It was a great game, one mistake hurt us and they capitalized on it.”

Scogna said she made sure to get her legs some extra rest after the quarterfinals last Thursday, where she didn’t have her best outing and felt like she got a second wind around the fourth inning on Monday. She also didn’t have to go up and blow pitches by every batter with a superb defensive effort behind her.

Spring-Ford turned two 4-6-3 double plays, the first erasing a leadoff walk in the top of the second and the other negating a leadoff single in the sixth and the game ended on a stellar diving catch in left field by Allie Wescott that robbed Shearer of no less than a double had it fallen. Scogna did her part too, battling back after falling behind 3-0 in the fifth to get a key out.

“Defensively, we showed up today and that’s what made the difference,” Scogna said. “Those double plays were insane and of course, those catches. Everyone showed up today.”

Shearer tipped her visor to Wescott for the game-ending play and credited the Rams’ defense for coming up with big plays. Coupled with a good pitcher in Scogna the Knights’ ace called a “fierce” competitor.

“Their defense showed up today, they were amazing,” Shearer said. “We were hitting the ball but they were making the plays, the double plays, the last out, they wanted it just as bad as we did. Their strong defense gave them momentum and kind of set the tone for the at-bats we were having.”

Shearer got to experience the adulation of winning a state title last year, albeit as North Penn’s starting center fielder and not as a pitcher. Scogna had spent her career waiting for the opportunity just play in the state final and thanks to her gutty effort on Monday night, that’s exactly where her Spring-Ford career will end.

“I don’t want to go out not being on the field with my team, so that’s what made me get through it,” Scogna said. “We’ve been through a lot of highs and lows as a team so this end goal, we all needed this.”

Hughes complimented Shearer as well, calling the lefty a “stud pitcher” who more than deserved the Gatorade Player of the Year award she earned last week. The Rams coach also joked how excited, sarcasm heavily evident, he was about the prospect of having to deal with her for another season.

If the determination on Shearer’s face Monday night was any indication, it’ll be a similar sentiment for anyone that has to get in her way next spring.

“We’re on a mission next year,” Shearer said. “This is not going to happen next year, I can tell you that now. We’re going on a run next year and it starts in the fall, all through the winter and into next year.”