Delco Roundup: Marx in charge on the mound in Radnor win 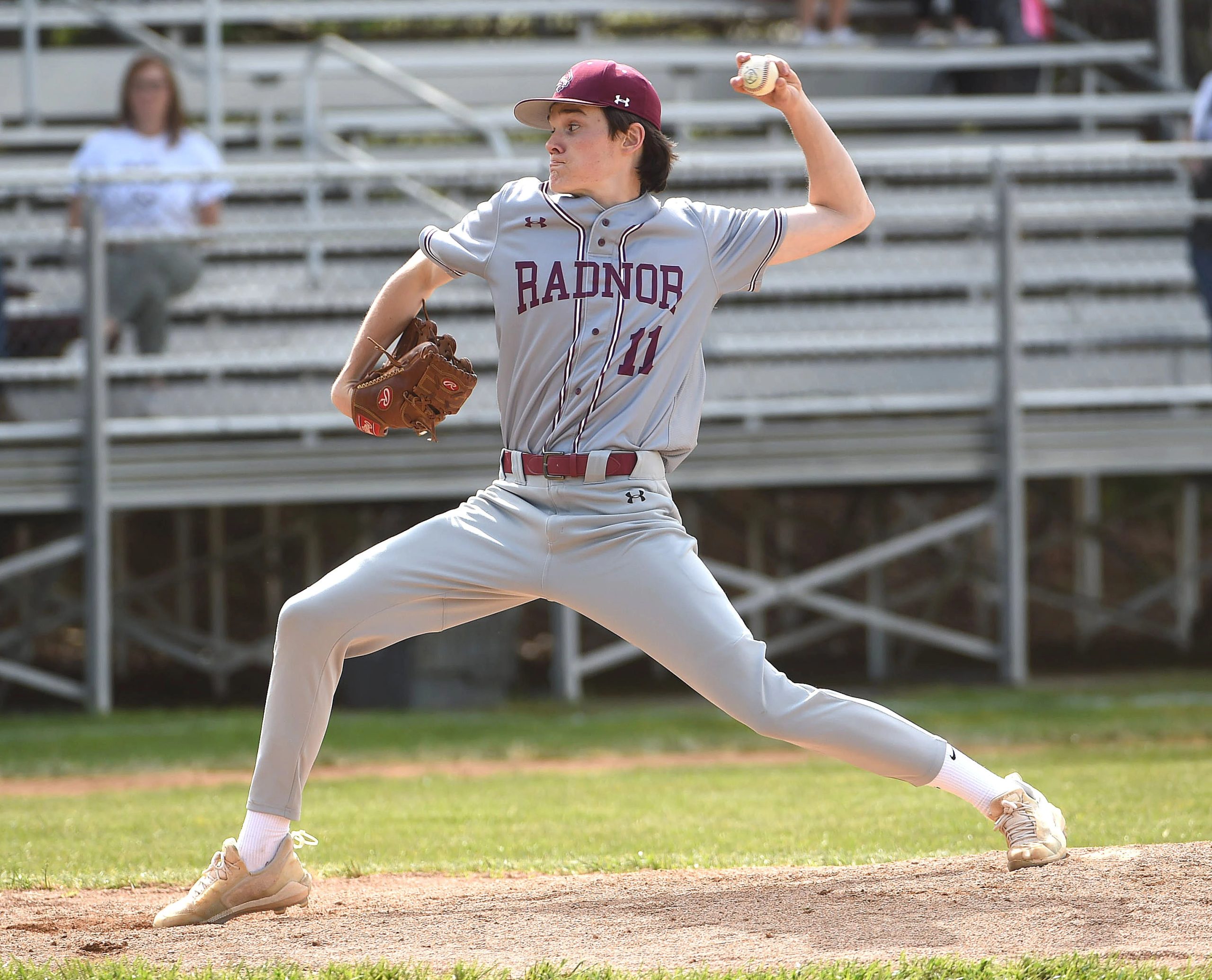 The senior left-hander pitched a four-hitter with seven strikeouts in a 3-0 Central League win over Harriton. Marx needed only 85 pitches to go the distance.

Jonah Horwitz blasted his first career home run, a solo shot in the fifth to give the Raptors insurance. Dante Hopson socked an RBI single and Jack Pachella, who doubled, stole home on the back end of a double steal in the fourth inning.

Haverford School 4, Father Judge 3 >> The Fords plated four runs in the bottom of the fifth then held on for victory.

Connor Scanlan came through in the clutch with a bases-loaded single to put Haverford in front.

Brendan Touey, Colby McNeely, and Mark Quatrani all had two hits. Fred Jordan picked up the same in relief of starter Kevin Reavey, who struck out six over five solid innings.

Bonner-Prendergast 10, Malvern Prep 7 >> Bonner-Prendie hosted a military appreciation day prior to the game. Three Bonner-Prendie students and 1 Malvern student are slated to join the military this summer after graduation.

B-P outslugged mighty Malvern as Austin Cannon and Harry Carr both finished 2-for-3 with two RBIs. Michael Anderson added two singles and a pair of runs scored. Sophomore Jaxon Kehoe picked up the save, throwing 2.1 scoreless innings with two strikeouts.

Marple Newtown took advantage of a slew of Interboro mistakes on the way to a 10-0 victory.

Molly Racine threw a five-inning shutout with eight strikeouts and went 2-for-4 with two RBIs. Emily Bower finished 2-for-3 with two runs scored, and Grace Corner contributed a hit and two RBIs.

The Bucs, who committed 10 errors, played a doubleheader Saturday. Earlier in the day, they traveled to Kingsway Regional High in Swedesboro, N.J., where they lost 10-1.