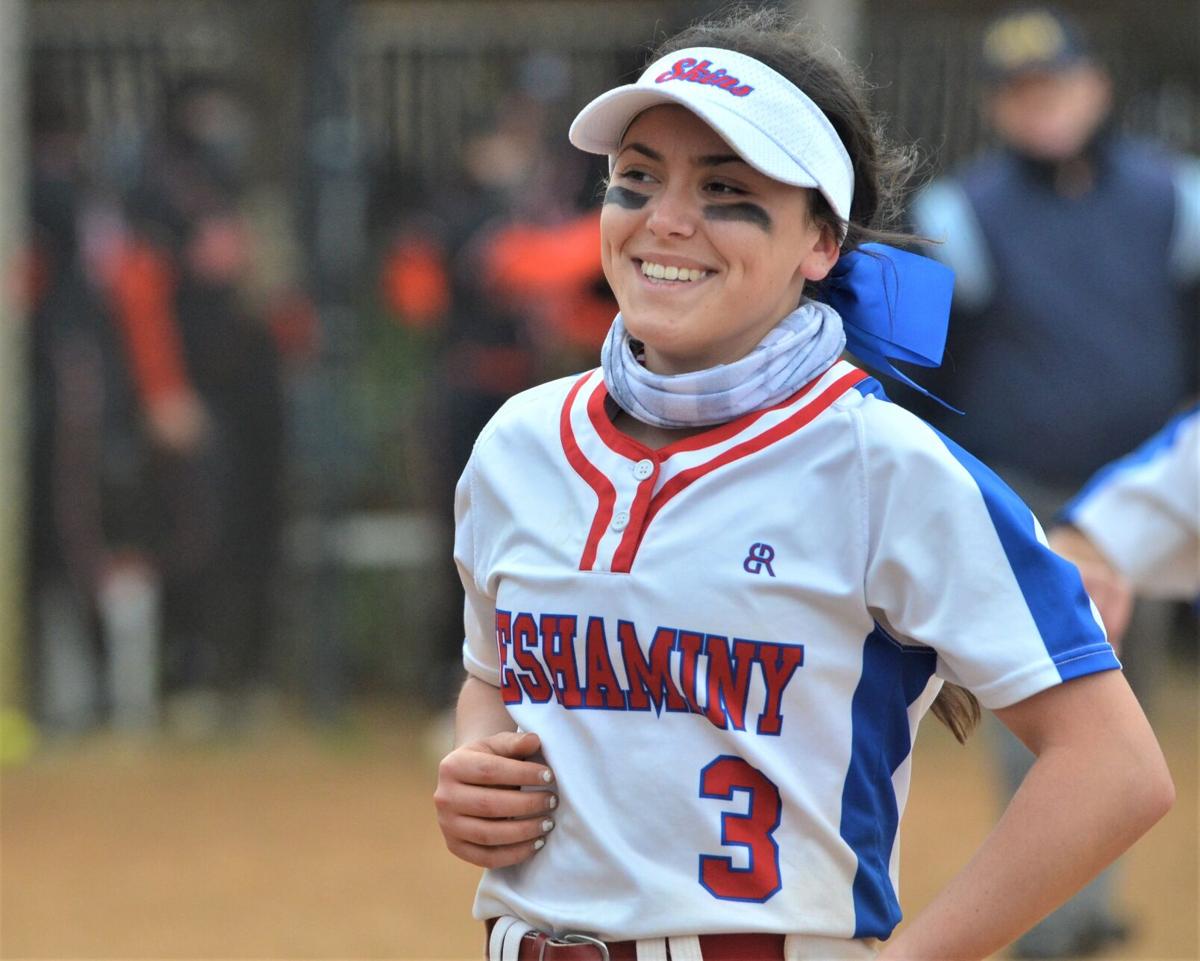 Neshaminy pitcher Kennedie Ruth, pictured here after a game in early April, went the distance and contributed an RBI triple in a 4-1 victory over Haverford in a District 1 Class 6A semifinal Tuesday. (MediaNews Group File)

HAVERFORD —  Emma Taylor gave Neshaminy’s lineup the credit it deserved after Tuesday’s District 1 Class 6A semifinal at The Reserve.

Haverford’s junior ace has faced good hitting teams this year, but Neshaminy was a different beat. The visitors made the Fords pay for their defensive mistakes and consistently put together quality at-bats in a 6-1 victory.

No. 7 Haverford, which already earned a berth in next week’s PIAA Class 6A tournament, hosts No. 8 Quakertown Thursday for third place in District 1. No. 11 Neshaminy travels top-seeded Spring-Ford for the championship game.

“They had good bats,” said Taylor, who scattered four runs (zero earned) on 10 hits and struck out seven. “They had good hits to the outfield and did what they had to do. … But if none of those kids get on base, they can’t advance on passed balls and blah, blah, blah.”

Neshaminy (18-5) grabbed a 1-0 lead in the third when speedster Kylee Jones singled, stole second base, moved to third on an errant throw and then scored on a wild pitch. Jones again caused havoc in the sixth, accounting for the winning run, moments after Haverford battled back to tie the game at one in the bottom of the fifth.

The Rider-bound shortstop hustled to second base on a error in the infield, scooted to third on a wild pitch and sprinted home on a suicide squeeze off the bat of Mia Barone.

“I’m always looking to take the extra base,” Jones said. “I saw that the shortstop dropped it and I was like, ‘I’m going.’ I felt like she wasn’t quick to the ball and I knew I could get to second.'”

After Jones manufactured another run, Neshaminy ace Kennedie Ruth scorched an RBI triple. Amanda Slabicki followed Ruth by smacking a run-scoring single to make it 4-1 in the sixth.

On the mound, the junior Ruth was tough to hit. She had a no-hitter through 4.2 innings and racked up nine punchouts. In the fifth, Ava Cohen and Claudia Stuck had back-to-back infield singles with two outs, which paved the way for Brooke McKeown’s game-tying single to center field. Ruth settled down and was able to get the third out.

Ruth keeps a positive mindset, regardless of the circumstances, when she’s in the circle.

“When I step onto the mound for each game, I honestly have no stress,” she said. “Knock on wood, because I don’t want to jinx myself. It’s just about confidence and how people look at you. When you step out there and you smile, even though someone just got a big hit off of you, the other team is, like, ‘what is going on with this girl?’ But that’s what you have to do.”

Neshaminy is adopting a road warrior mentality in the playoffs. After a first-round rout of Unionville at home, the team has won three straight on the road. Two of those have been at the expense of Central League co-champions Ridley and Haverford.

“We’ve all been very close since we were little, and that chemistry is helping a lot,” Ruth said.

Haverford (19-4) looks to bounce back Thursday and get ready for states. Some of the Fords were starting sophomores when the team qualified for the state tournament in 2019.

“Two years ago we weren’t in (the district) semis, though,” Taylor said. “Our goal is to make it past the first round of states this year and keep advancing.”

District 1-6A Softball: Spring-Ford advances to title game with 2-0 win over Quakertown
District 1 Class 5A Softball: Marple Newtown jumps all over Kennett, clinches berth to states