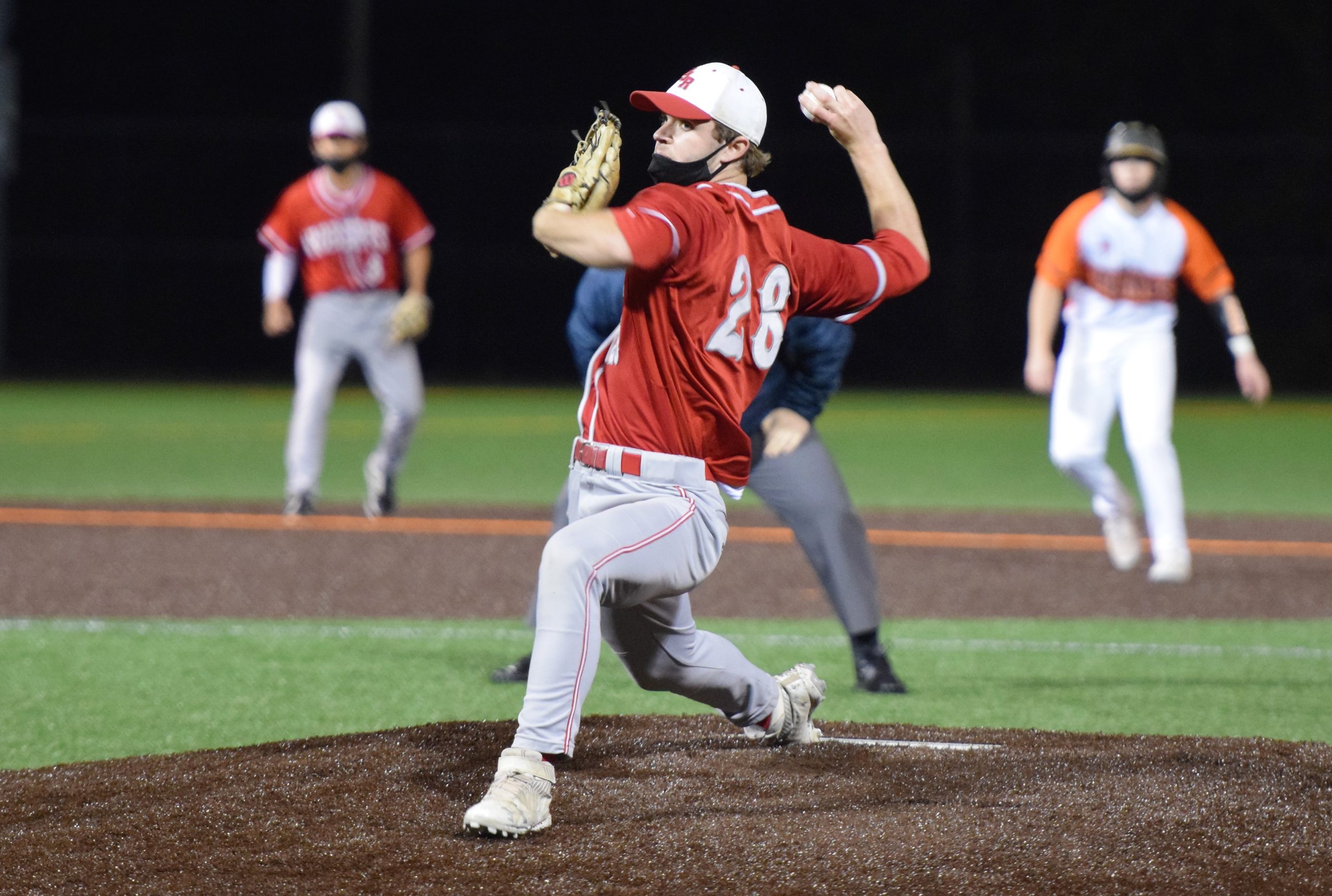 The quintet combined for 12 strikeouts and four walks.

Sam Morris struck out three for the final three outs to finish off the no-no and added a triple at the plate.

HIGHLIGHTS: The Indians plate three runs in the bottom of the eighth for their second straight walk-off win.

Ian Ferrero (3-for-4, three runs) and Braden Rieg tallied extra bases hits in the Indians’ final at-bats. Malachi Duka added a 3-for-4 day with a double.

Evan Shade (2-for-3, double) drove in three runs for UP. Brendan Kenning and Matt Kossey had three hits each for PJP.

HIGHLIGHTS: Kevin Trafford’s RBI double in the top of the seventh held up as the winning run in Monday’s non-league win.

Steven Rinda had a two-hit day for the Falcons.

HIGHLIGHTS: Cole Hertzler was a two-way star for the Bears in Monday’s PAC crossover win.

Hetzler picked up the win with 10 strikeouts in four strong innings (two earned runs). He also went 2-for-2 with  a double and three RBI.

Ethan Martin added a homer for the Bears and scored three runs.

The Panthers did most of their damage in a four-run fourth inning when Ryan Stubblefield had a two-run double and Garrett Knowles drove him in.

HIGHLIGHTS: Avery Gleason picked up the win with five innings of shutout relief, doubled and drove in three of the Flacons’ runs in Monday’s PAC Frontier win.

Ariana Gilmore (three earned runs) went the distance for the Trojans, who led 2-1 before a three-run fifth by Pottsgrove.

Alldred struck out 10 and allowed just three hits in the win. Sam Walsh and Jordan Sylvia both had two hits.

Chloe Johns and Emma Tommon doubled for the Phantoms.

HIGHLIGHTS: Avery Schwartz went deep as part of a five-homer day for the Warriors in Monday’s PAC crossover win.

Deal struck out eight and allowed two hits in a shutout.