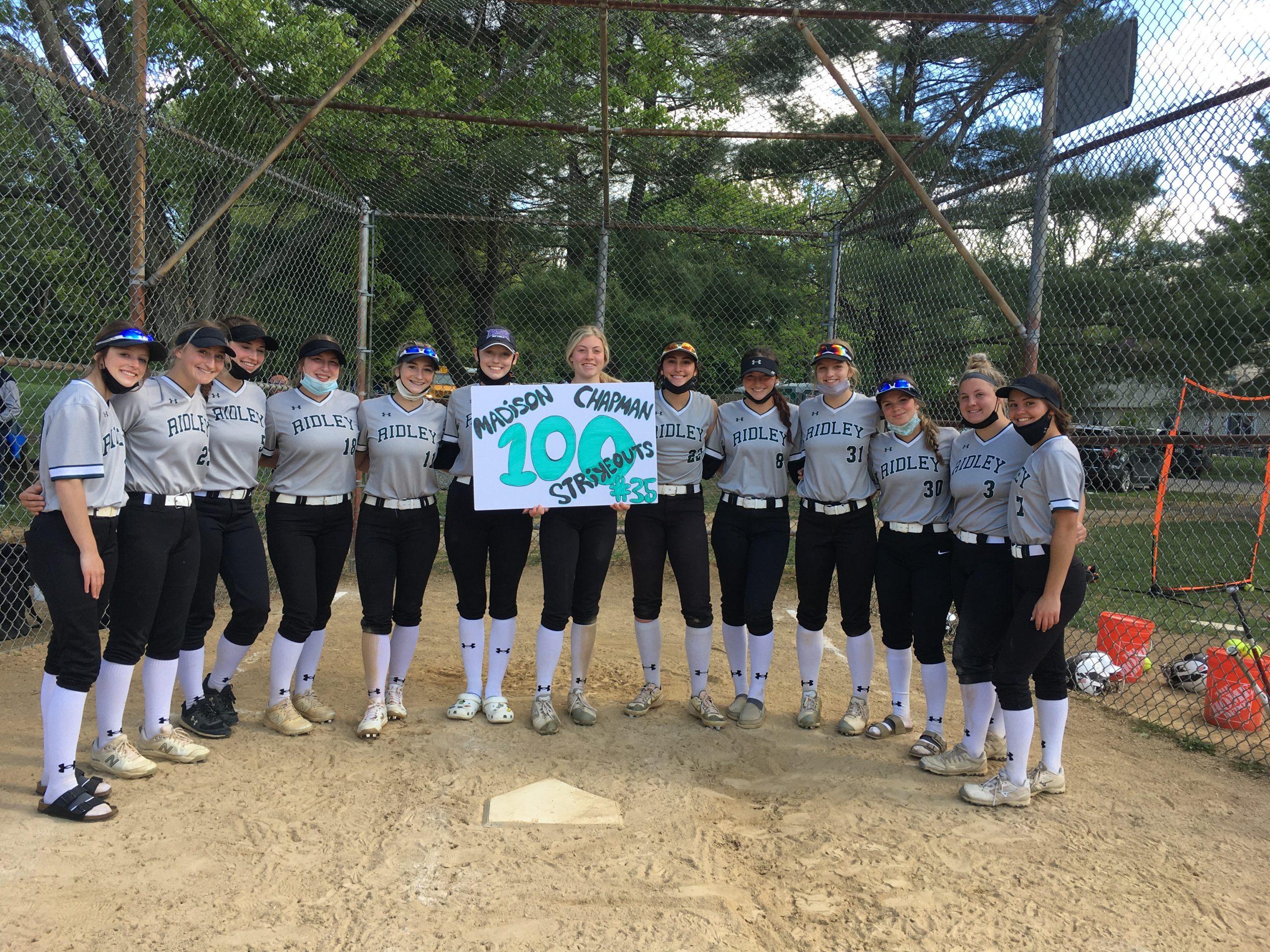 Ridley pitcher Madison Chapman poses with teammates as she holds a sign to commemorate her 100th strikeout of the season. Chapman recorded six strikeouts in the Green Raiders' 10-0 win over Conestoga Wednesday. (SUBMITTED PHOTO)

Ridley pitcher Madison Chapman reached a personal milestone Wednesday, recording her 100th strikeout of the season in her team’s 10-0 win over Conestoga.

Chapman fanned six in a three-hit shutout of the Pioneers. She helped her cause at the plate with two hits and two RBIs.

Haley McMenamin went 3-for-4 with a triple and two RBIs for the Green Raiders, who scored at least one run in every inning. Dakota Marshall (three RBIs) and Jolie Torrens each blasted solo homers for Ridley.

Livvy Winters went 3-for-3 with two doubles for ‘Stoga.

Marple Newtown 10, Radnor 0 >> Kelsey Racine twirled a five-inning no-hitter with 11 strikeouts for the Tigers. Lindsay Walsh homered and Ryleigh Murris went 2-for-2 with a double, one RBI and two runs scored.

Garnet Valley 12, Upper Darby 2 >> Morgan Mesaros homered and Kayleigh Saboja collected three singles and two RBIs as the Jaguars cruised past the Royals. Anna Sidlowski (double), Dinah Stabinski, Hannah Long and Mesaros all had a pair of hits for GV.

Kelly Cornog struck out four in four innings of work to get the win.

Downingtown East 5, Sun Valley 3 >> Brianna Lawson struck out 10 and went 4-for-4 with two RBIs, but the Vanguards fell. Hailey Lipka had a pair of hits and scored two runs.