ROUNDUP: Taylor does it all in Haverford’s win over Garnet Valley 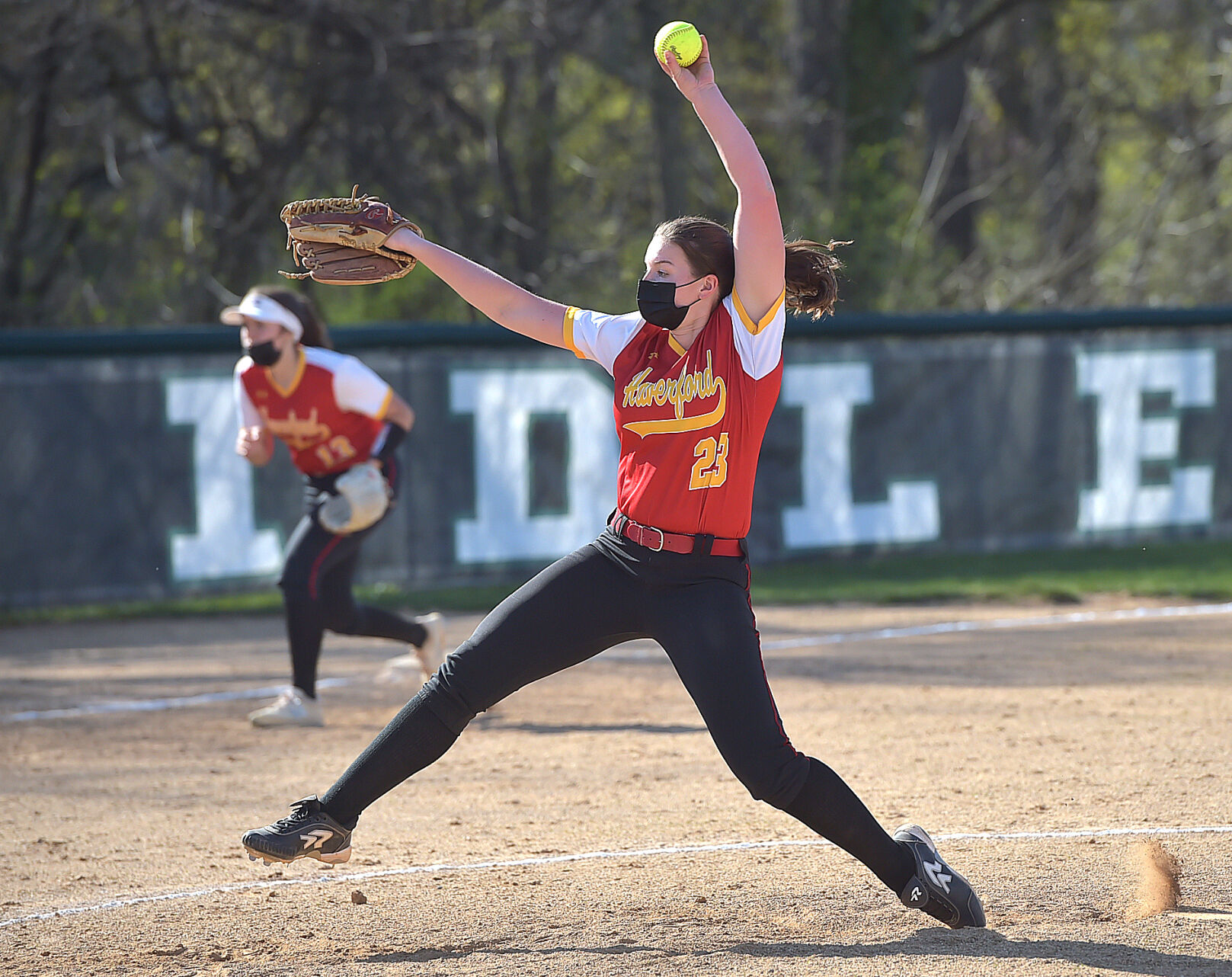 Emma Taylor did it all to lead Haverford to an 8-0 victory over Garnet Valley in the Central League.

Taylor struck out 14 and allowed just three hits to get the win. She also went 1-for-3 and drove in three runs. Shannon Gavigan also had a triple and two RBIs. Haley Geenwald ripped a double and knocked in a run for the Fords.

Annie Bechtold had two hits for the Jaguars.

Episcopal Academy 13, Notre Dame 3 >> Elliana Hopple slugged a three-run homer over the left field fence and had a double while going 3-for-4 with five RBIs. Winning pitcher Emma Tansky whiffed 13, scattered four hits and had a double, two singles and one RBI.

Chichester 15, Penn Wood 0 >> Sydney Scarpato tossed a four-inning no-hitter with six strikeouts. She also had one hit and one run scored.

Ava Franz belted two homers and a triple and drove in six runs to pace the offense. Ariana Davis knocked in three runs and Hailee Owsiany plated two runs for the Eagles.

Ridley 7, W.C. East 1 >> Pitcher Morgan Chapman got things started with a two-out, two-run homer in the bottom of the first inning. She finished 4-for-4 with a double and four runs scored. In the circle she allowed two hits and fanned eight.