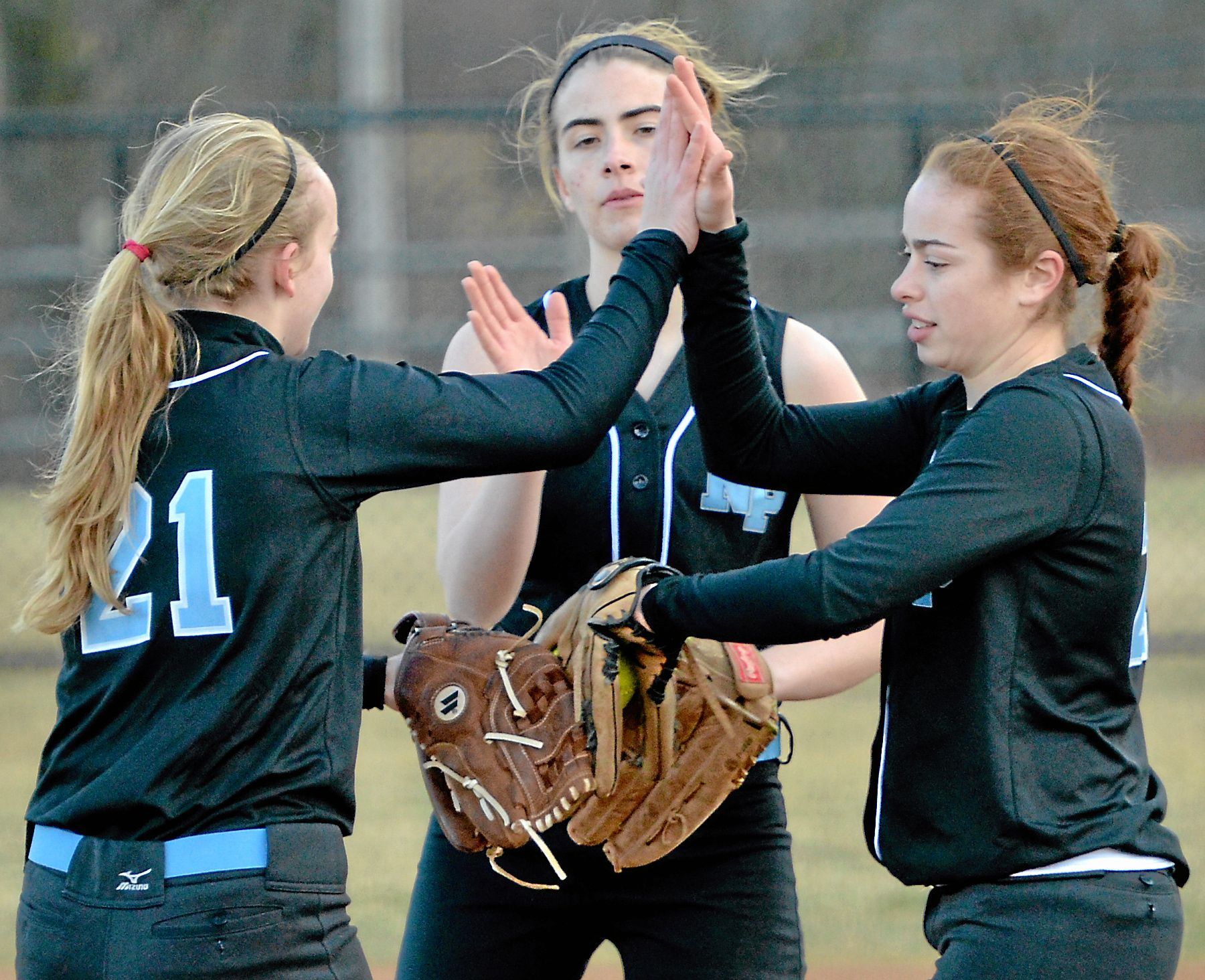 North Penn’s 2013 softball team showed it’s not about the start but instead the finish.

The Knights, the No. 3 seed in the Reporter/Times Herald/Montgomery Media Softball Team of the Decade Bracket, shook off an 8-6 start and won five of six to close the regular season before carrying the momentum into the postseason. A double-digit seed in the District 1 tournament, North Penn reached the district semifinal before advancing to the PIAA 4A semis for its longest playoff run since 1985.

While North Penn’s final 18-10 record doesn’t seem overwhelming, it shows the process the team had to go through to make the run it did.

“The thing that always stuck with me from playing at North Penn was the grit our team had,” Knights pitcher Jackie Bilotti said. “Every year we had a goal to be better than the year before. That 2013 team was memorable because it ended up proving we could be better than we were in 2012 when we lost in the first round of states.”

The 2013 Knights clash with the No. 11 North Penn team of 2019 in the quarterfinals. Voting for all four matchups can be found on Twitter at @ReporterSports.

As a freshman in 2012, Bilotti had pitched the Knights to a district title and the state tournament and she and her teammates were eager to do more in 2013. Their title defense did not get off to the smoothest of starts as North Penn went 2-2 out of the gate and started 1-2 in the SOL Continental.

There wasn’t one factor involved. A handful of players on the softball team, including Bilotti, outfielder Erin Maher and infielder Vicky Tumasz, were also on the basketball team and missed some of preseason during the state tournament. On top of that, the Knights had to learn how to play with the extra target on their back as defending district champion in a Continental conference that proved particularly strong that year.

“I feel like that was a trend when I was there of not starting off our season where we wanted to be and peaking at the right time,” Bilotti said. “That just lights a fire for the rest of the season. We see ourselves at practice, we see how good we are and when our record doesn’t show that, we had to make things click for the end of the season.”

Becky Christoffers scores for North Penn in second inning against Garnet Valley during their District 1-4A first round game on Monday, May 20, 2013. At right is Garnet Valley catcher Corrine Logeman. (Geoff Patton/MediaNews Group File)

Even at 8-6, the team didn’t splinter which Bilotti chalked up to the Knights’ strong unity that season. Sophomores like her and Becky Christoffers were considered equals to juniors like Tumasz and Maher and seniors like Michelle Holweger, Morgan Wiernusz and Alexa Gable.

“We were just really focused on competing as a unit and winning and losing as a unit,” Bilotti said. “It’s something Coach (Rick) Torresani preached the four years I was there but it really came to life that year and allowed us to see our success from practice translate into games.

“That was something special we had as a team at North Penn. I never remember feeling like just because I was younger, I couldn’t contribute and that was something the upperclassmen set the tone for. They really allowed us to show our skills and contributions and I think that’s a skill in making a team successful.”

North Penn pitcher Jackie Bilotti (23) delivers to a Pennridge batter during their District 1-4A quarterfinal on Saturday May 25, 2013. (Mark C Psoras/MediaNews Group File)

The Continental conference was a warzone in 2013 and the Knights would finish tied for fifth with a 7-7 record. Still, their strong close to the regular season was enough to push them into the No. 12 seed for districts and gave them a first round home game.

After topping No. 20 seed Garnet Valley 7-4, the Knights would face familiar foes the next two rounds. Of the eight postseason games North Penn played in 2013, six came against teams from the SOL, including a pair against state runner-up Neshaminy and three were against fellow Continental conference opponents.

“I don’t think we ever lacked confidence in our abilities,” Bilotti said. “Going into that district tournament with a lower seed actually helped our confidence. We went into it with a ‘nothing to lose’ attitude, we were the 13 seed and not expected to do much but it gave us some fire to beat those higher seeds.”

North Penn knocked off No. 4 Central Bucks South in the second round of districts, then No. 12 Pennridge in the quarterfinals to seal up a state playoff spot. Neshaminy, the district’s top seed, topped North Penn in the semifinals and the Knights fell to Pennsbury in the third place game before the PIAA tournament.

Bilotti pitched a pair of shutouts in states, a 1-0 win over Northampton and an 11-0 win over Central Bucks East before the Knights ran into Neshaminy and ace Lauren Quense again. Quense, who went on to play at Fordham, picked up her second win over North Penn in the postseason as the Knights saw their season end in a 3-2 setback.

Other North Penn teams have made their mark in the postseason, but none have gone as far as the 2013 Knights. While the members of that team went their different paths and some, including Bilotti, continued their careers in college, that postseason still stands as their legacy at North Penn.

“It’s special to have that legacy and to set that goal for the teams now to try and beat,” Bilotti said. “There are random times, Becky, Nicole Yanni and me will text each other about it or send a picture and Coach Torresani always sends pictures from years in the past and we just rehash all the good memories we have. It’s really something special to have been part of.”