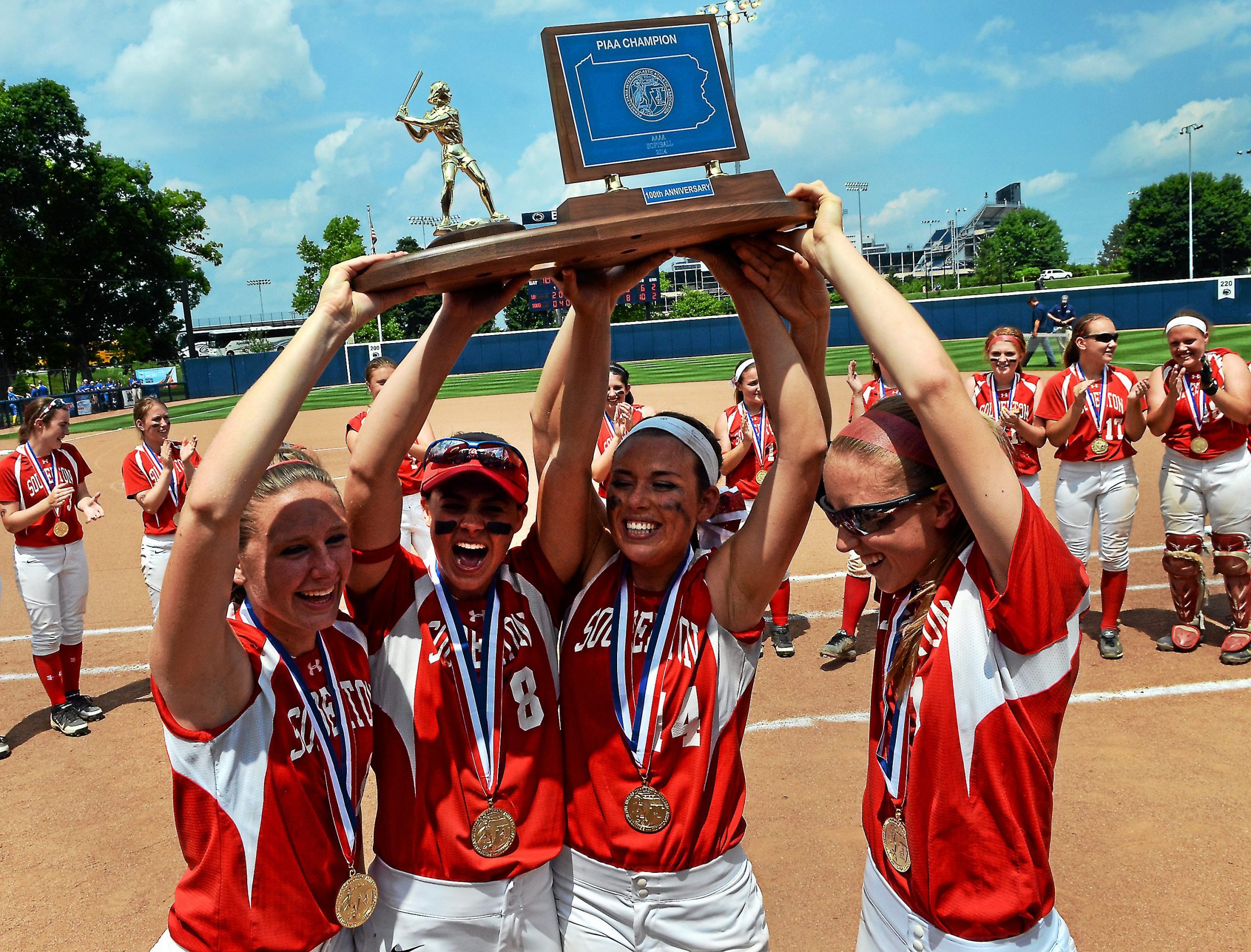 Souderton captains hold up their trophy to celebrate their 8-3 victory over Lower Dauphin in the PIAA AAAA championship game at Penn State on Friday June 13, 2014. (Mark C Psoras/MediaNews Group File)

Area softball would be hitting the stretch run about now, but due to the COVID-19 pandemic, however, all of the PIAA spring sports season was cancelled.

But, there is still plenty of competition ahead.

The Reporter, Times Herald and Montgomery Media will be presenting The Team of the Decade Softball Tournament.

On Sunday, May 10, the 16-team bracket to decide the top squad from seasons 2010 to 2019 will be unveiled in The Reporter and Times Herald and online at papreplive.com.

Polls to vote on each of the tournament matchups will be posted on Twitter @ReporterSports.

The criteria used to create the 16-team bracket includes overall records along with strength of schedule, league, district and state titles, talent on the field, memorable moments and even more.

Fans, coaches, players both past and present, and anyone else interested in suggesting a team should email sports@thereporteronline.com.

Several area squads jump to mind when recalling this past decade of softball.

Souderton Area captured the 4A State Title in 2014, and Hatboro-Horsham stood atop 4A in 2011.

Just last spring, North Penn was the District 1-6A Runner-Up and a state quarterfinalist.

Lansdale Catholic made it all the way to the 2014 3A Semis, and was also Philadelphia Catholic League Runner-Up that year.

St Basil reached the PIAA Semis in 2015 and was crowned the District 1-2A Champion that same spring.

Upper Merion won the Suburban One League American Conference in 2016 and made it to the District 1-3A Semis.

Dock has been a regular in the postseason, including a trip to the A State Quarters in 2010.

There were several other memorable teams on the diamond this past decade.

To suggest a team, send in your nominations and after the bracket is unveiled Sunday, the competition will begin.

SENIOR WEEKS: Coatesville’s Clemens will miss home games under the lights most of all
Patience pays off for Penn Wood’s Ballenger