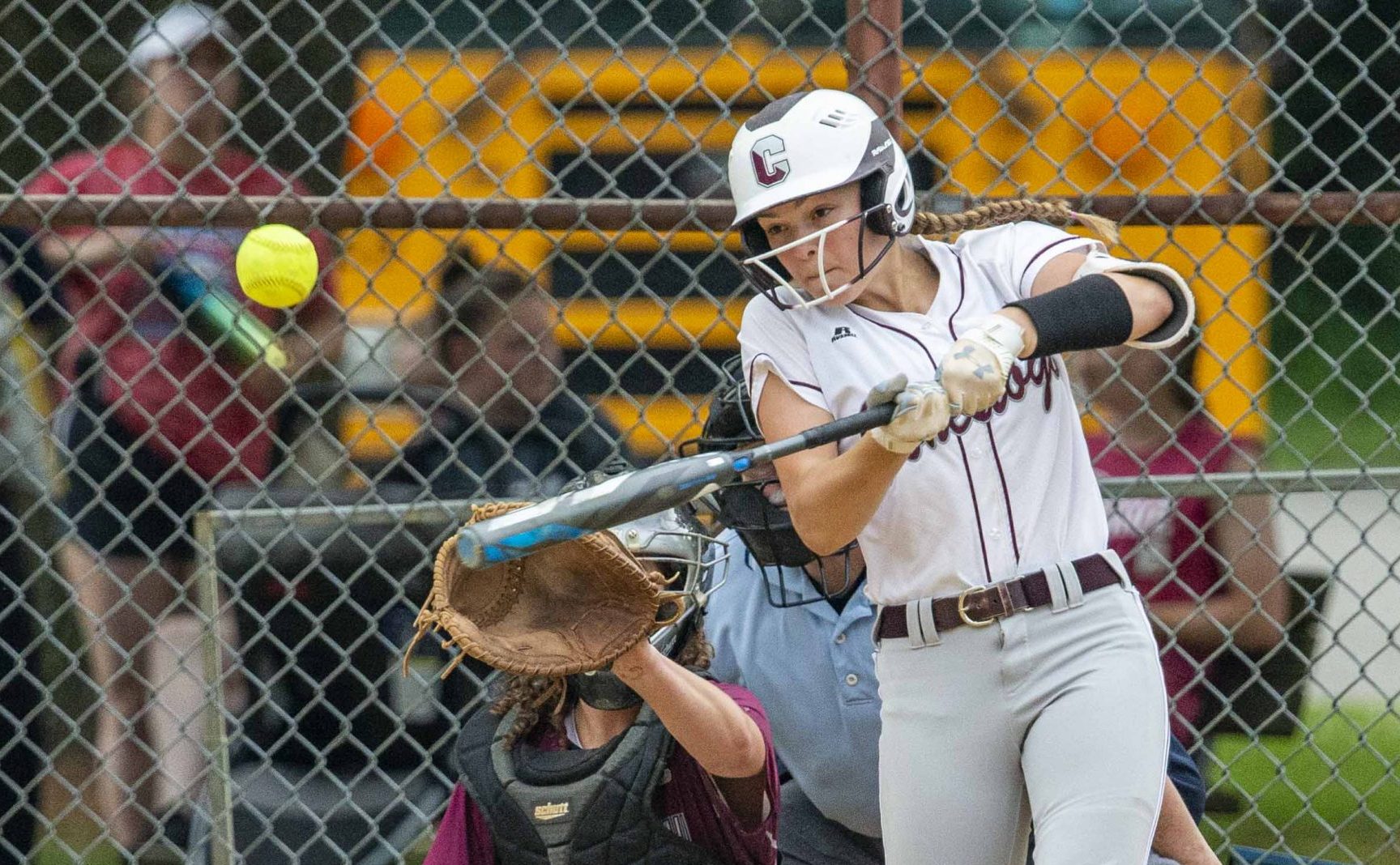 Conestoga senior Claire Overton’s versatility, and willingness to play wherever needed, has been vital to the Pioneers’ softball success during the past few years.

As a freshman, she played second base; as a sophomore, she moved to right field and received first team All-Central League honors. Last spring, she moved back to second base as the Pioneers captured the Central League title and advanced to the PIAA tournament for the first time in 12 years.

Overton was a big part of the Pioneers’ success last spring, batting .351 with four home runs, 19 RBI’s and 25 runs scored. She received second team All-Central League honors as an infielder.

“I think the best part about being a player is being versatile and helping the team where they need it,” said Overton. “My sophomore year, the infield was pretty set with some upperclassmen, so help was needed in the outfield. Coach [Pete] Ricci knew that I would learn quickly, so he put me in right field. I knew that was where the team needed me so I did my best.”

During the past winter, Overton hoping to build on the 2019 Central League softball championship and PIAA state tourney appearance.

“I spent a lot of time in the batting cage over the winter,” said Overton. “I was just hoping to continue what I have been doing, keeping a strong bat at the plate and clean in the field but most of all, doing what was best for the team.”

Unfortunately, the COVID-19 virus caused the 2020 PIAA spring softball season to be cancelled.

“I understand why we had to [cancel the season] but it has been very hard,” said Overton. “We worked all winter to be ready for the season, we were following up a great season last year where we made it to States, and it was going to be my senior season.

“We only had a handful of returning players from last year’s team and only two seniors, Lauren Lofland and me. We knew it was going to be hard to repeat but we had a great group of young players coming up to varsity and I was hoping we could build on last year’s success. I knew that Lauren and I would have to lead by example and we were ready.”

Overton has played competitive softball since age 10, and one of her most important mentors was her father, Keith, who happened to be her coach.

“My dad always pushed me to be the best I could be at any position I was asked to play,” said Overton. “He also always worked with me on hitting and fielding to sharpen up my playing.”

Conestoga softball co-coach Todd Whitlow said, “Claire is a gamer. She comes to every game to compete and gives full effort. She’ll play anywhere, and the team counts on her bat. Claire has a strong and confident presence at the plate, almost always striking the ball hard.”

“Claire is probably one of the most athletic players I have had a chance to coach,” added Conestoga co-coach Kevin Conaway. “More impressive is Claire’s attitude. She is her own worst critic because she wants to be the best. She will play anywhere you put her and not complain.

“Going into this year I was unsure about our catching situation so I asked Claire, knowing she had caught in the past, what she thought about catching. Without hesitation she replied, ‘Whatever I have to do, coach.’ Fortunately we had a freshman, Ella Bass, step it up.

“I was really looking forward to watching Claire play middle infield this year. If I was going to war and needed some in my foxhole, Claire would be there, no question asked.”

A fine all-around athlete, Overton also has competed in the platform tennis club at Conestoga. In February, she teamed with her partner to advance to the finals of the American Platform Tennis Association (APTA) Viking Junior Nationals in Short Hills, N.J. Feb. 22 The duo also qualified for the APTA National Championships in Darien, Conn. March 5-8.

Overton’s softball career is not over, as she has committed to play softball at Emerson College in Boston.

“Despite losing my senior softball season at Conestoga, I know I’ll get to play four more years in college which makes it a little easier,” said Overton.

At Emerson College, Overton will be majoring in Broadcast Journalism. She hopes to eventually become a sports anchor.

Senior Spotlight: Pottsgrove’s Yorgey, Wilson go out with a bang
SENIOR WEEKS: Coatesville’s Clemens will miss home games under the lights most of all