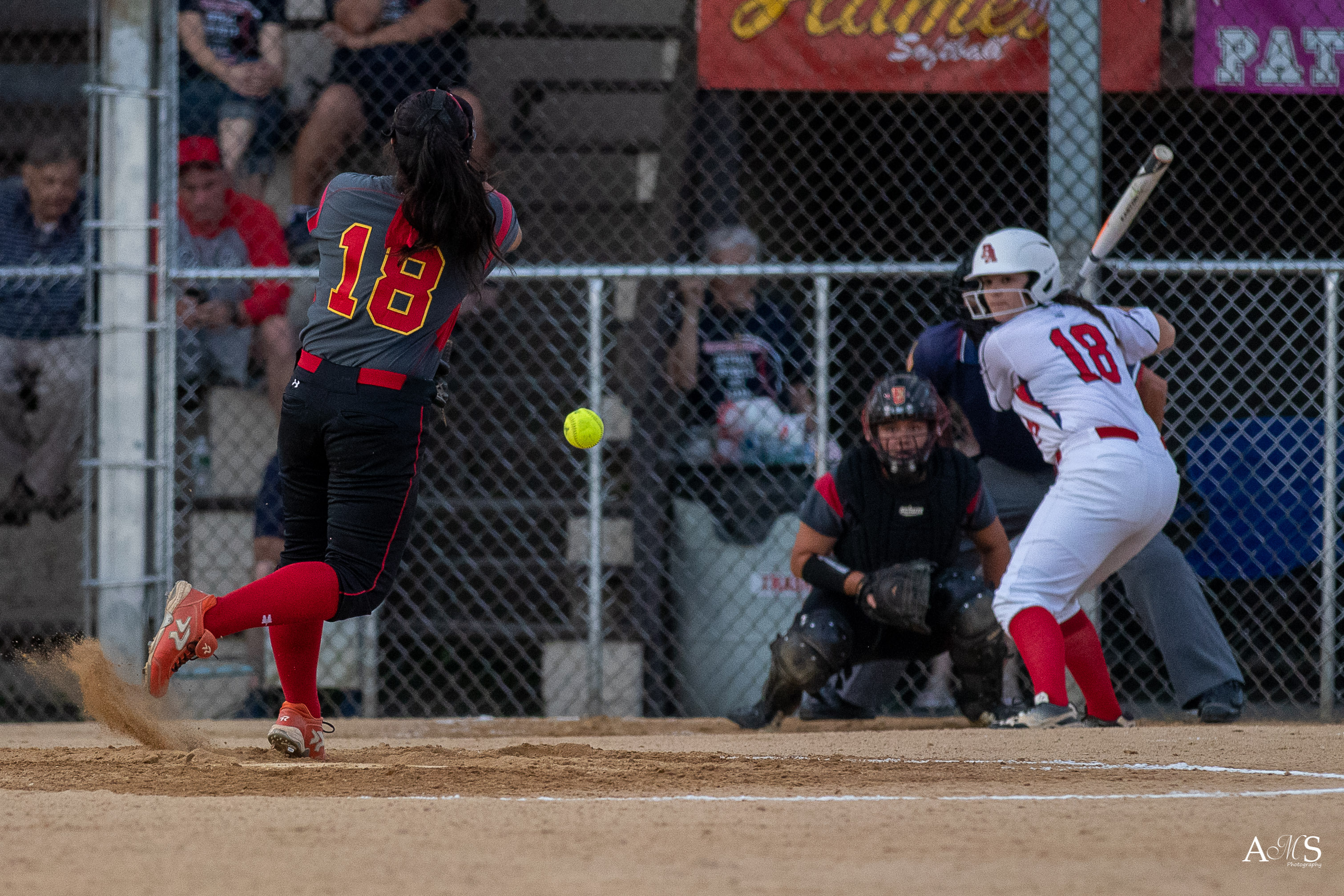 ALLENTOWN >> Strong defense, big hits and a one-hitter by Jess Gomez boosted West Chester East to a 9-0 win over Pittson Area in a PIAA Class 5A softball quarterfinal Thursday night at Patriots Park.

Kayla MacLaughlin got the Vikings going with a three-run triple in the first on the way to a 3-for-3 day with five RBI and Gomez tossed a no-hitter until an infield popup dropped in for a single with two out in the seventh.

East (24-2) advances to a Monday semifinal at a time and place to be announced against defending state champion Lampeter-Strasburg, a 9-3 winner over Twin Valley.

“This was just a great day,” said MacLaughlin. “It’s awesome. This year before we started, the seniors said this is our year. We have to do it.”

The Viking defense came through right from the start when shortstop Kelsey McLaughlin darted out into shallow left field and toward the line to catch a flyball on the first pitch of the game. East made several excellent catches in the outfield after that, including a diving catch by center fielder Paige Olson to end the sixth.

“Kelsey made that one catch to start the game and really set the tone,” said Gomez. “I think the hardest thing to find in high school softball is good outfielders. It’s nice to be able to relax and know that the defense will probably come up with it.”

Kinzie Thompson (3-for-4) opened the Viking first with a chopper that bounced through the left side of the infield and McLaughlin rolled one through the ride side. A walk to Olson loaded the bases and MacLaughlin came to bat with one out and the bases still filled after the District 2 champion Patriots (19-4) got an out at the plate on a grounder to first.

MacLaughlin cleared the bases with a hit to right and scored on a grounder for a 4-0 lead after one.

“I couldn’t really do it without my team behind me,” said MacLaughlin, who tripled and scored in the third and singled home two runs in the fifth. “I was nervous with the bases loaded. I had to do my thing, helping my team to get the confidence to keep scoring.

“Jess … I’m so confident in her. She is my little superstar. If there’s an error, I know she’ll brush it off. She’s so positive with all of us.”

District 1 champion East added a run in the second on a single and steal by Thompson and a hit by McLaughlin. Then MacLaughlin tripled to deep right with one out in the third and sped home on a fly to the second baseman by Sam Gomez.

Olson doubled to start the fifth, Amanda Gomez bunted for a hit and MacLaughlin singled them in and scored on a double by Olivia Ronayne.

On defense, Olson made a catch in deep left-center in the third, right fielder Katie Douglass made two good grabs and Olson charged in on a line drive and made a one-handed grab just before the ball hit the grass in the sixth.

With defensive plays like that behind her, Jess Gomez didn’t even think about a no-hitter until she realized she had one going before heading out to the circle to pitch the seventh.

“I didn’t even notice, with my defense being stellar and I wasn’t really striking out that many,” she said.

The Patriots finally got a hit when Bernadette Lieback hit a pop that dropped in near the first base line right between the pitcher and the catcher before they could even make a move.

“They were a great hitting team,” said Gomez, who walked four and struck out four and threw just 77 pitches. “That team was a district champion too. Most importantly, we’re going to the semifinals.”

Pittston had blanked Upper Perkiomen on a no-hitter by Alexa McHugh in its state opener and had not allowed a run in three playoff games, so the Vikings knew they would be up against a tough opponent.

The East-Pittston game was the fourth of the day at Patriots Park and began an hour and 45 minutes behind schedule.

“We all came in with our heads screwed on,” said Jess Gomez. “We kind of had a long wait to play and we were relaxed. That’s what we need to do in big games.”

“This field is so special to me,” MacLaughlin added. “Freshman year, I was here in states playing Parkland. My senior year, it’s time for me to let it all out.”

Spring-Ford ousts powerhouse Parkland, advances to PIAA 6A semifinal
Like 2017, Hazleton stands in way of Spring-Ford’s pursuit of state final