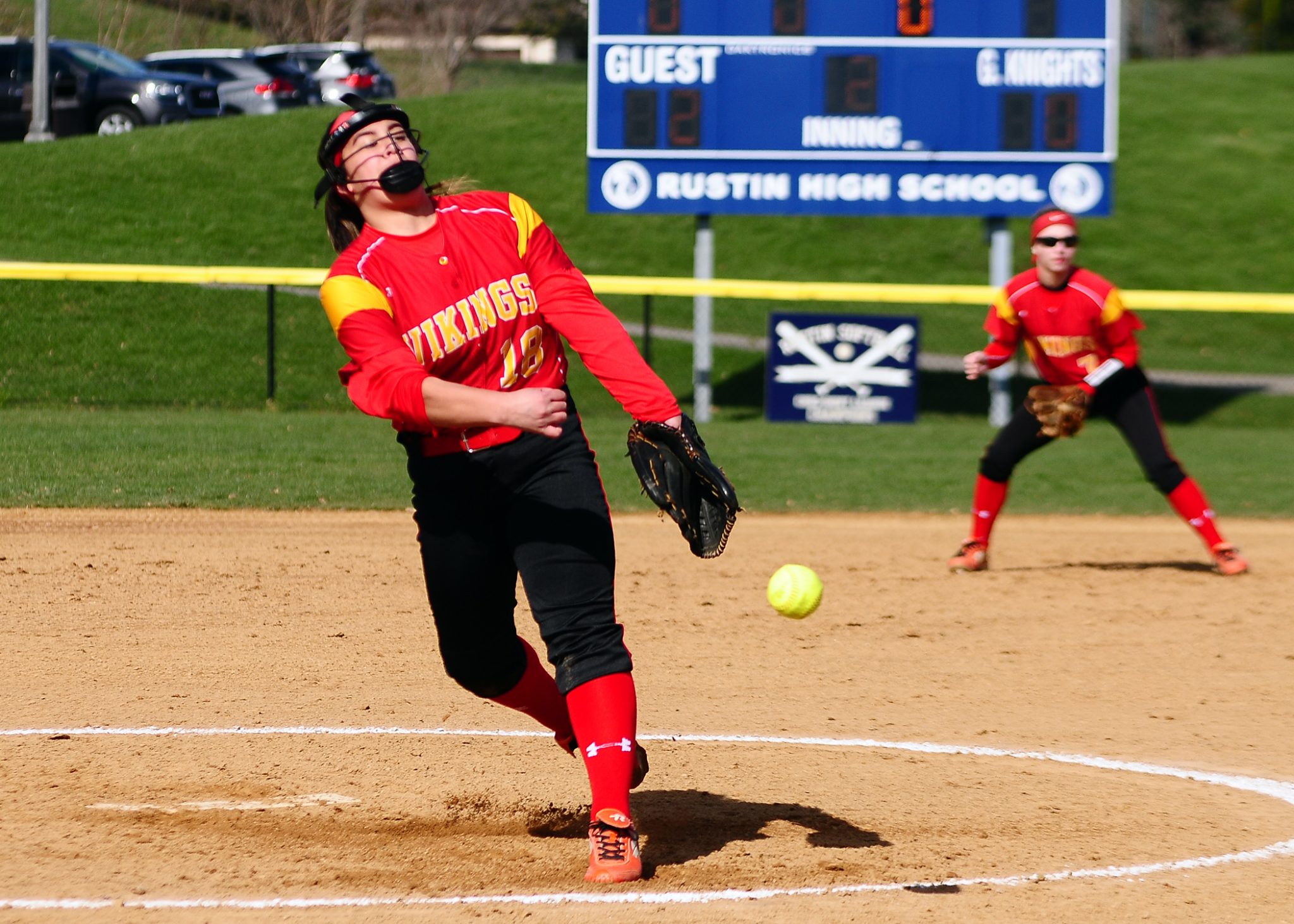 WEST GOSHEN >> After getting off to a rough start in Friday afternoon’s District 1-5A softball semifinal, Upper Perkiomen had plenty of opportunities to make up an early three-run deficit.

But West Chester East pitcher Jess Gomez got the outs when she needed them and the Vikings eventually blew the game open with a five-run sixth inning for an 8-1 win. Upper Perk (16-8) will play for third place Tuesday at 4 p.m. at home against Upper Merion, a 2-0 loser to Bishop Shanahan. East (21-3) will play Shanahan for the title at the same time at Immaculata University.

“It was a lot tighter than it (the final score) seemed,” said Indians coach Dean Sullivan. “The defense wasn’t there in the first inning, but then we held our own for six innings. We didn’t get the timely hits.”

Upper Perk had a chance to take a quick lead, loading the bases with one out in the first on a leadoff single by Alexa Banner, a walk and a hit batter. Gomez fanned the next batter and got out of the inning on a grounder back to the circle.

Then Kinzie Thompson started a three-run first for the hosts by beating out a bunt right in front of the plate for the 100th hit of her career.

Kelsey McLaughlin followed with a single through the middle. Then Paige Olson singled to center, and the ball got past the center fielder. Both runners scored and Olson made it to all the way to third on the play and came home on an infield error on the next batter.

Upper Perk put runners on first and third with none out in the third, but Gomez got the next two batters looking and swinging at third strikes and a pop to third retired the side.

The Indians scored in the fourth when Kelsey Bernhart led off with a single and made it home on a double steal with Kylene Gooch. But Upper Perk stranded two in the fifth when center fielder Olson made a diving catch for the third out and squandered a first and third with none out opportunity in the sixth when Gomez fielded a grounder and tagged out the lead runner between third and home and struck out the next two batters.

“I think that comes from trusting my fielders,” said sophomore right-hander Gomez, who allowed only five hits and struck out seven. “We all know that we’re going to get out of it.”

“She’s a pretty good pitcher,” said coach Sullivan. “We knew what we’re facing. She throws about the same speed as Kendall Brown from Phoenixville.”

East finally broke the game open in the sixth when the Indians made two costly errors, Kelsey McLaughlin and Sam Gomez doubled and Amanda Gomez tripled.

“We were hitting it right to them,” said Thompson. “We were bound to find some holes.”

“We’re still young and this is a big-time learning experience for us,” Sullivan added.

And now East will be trying for its first district title.

“It’s so exciting this year,” said Thompson. “Being undefeated at home is an amazing feeling.”

“We’re really excited,” said Jess Gomez. “We just kept winning. We knew this team had so much potential. East has never won it. If anyone can do it, it’s us.”